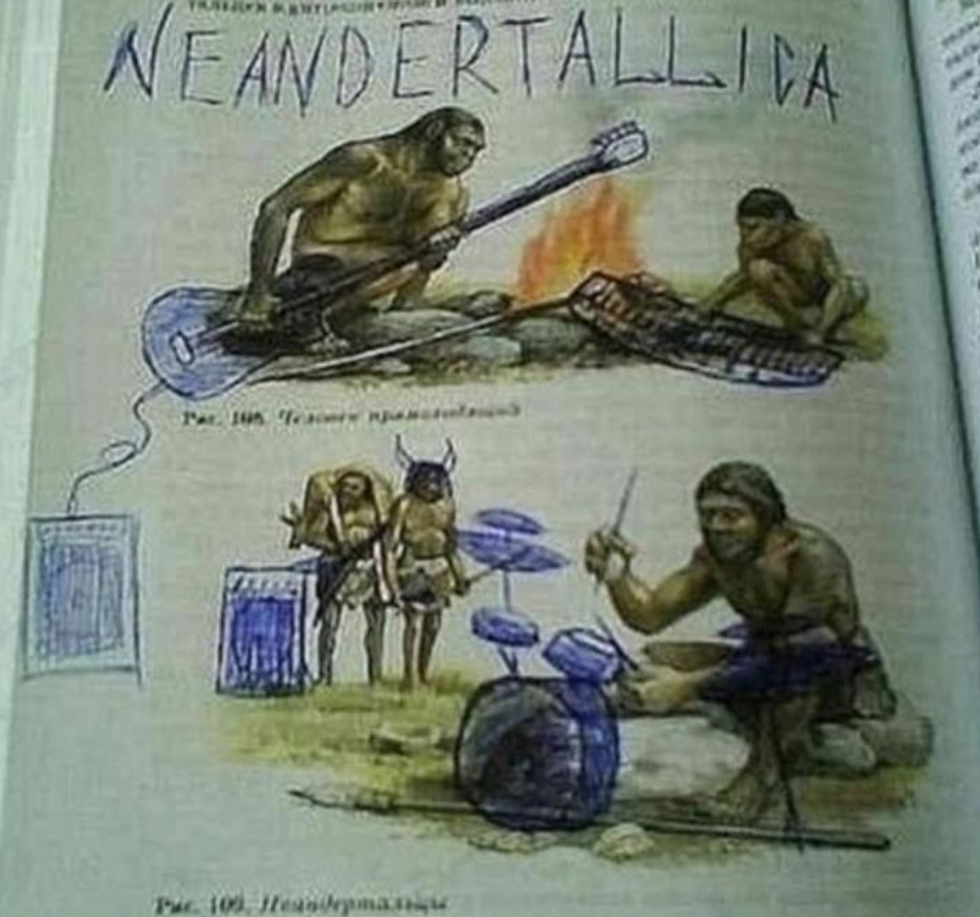 So, we don't know just how worried to be about this thing: the Pittsburgh Post-Gazette sent a questionnaire to 106 science teachers in Pennsylvania, and we're not sure whether we should be a little freaked out that 19% of those responding said they believed in creationism and 13% believed in "intelligent design," or if we should be sort of reassured that 90% said that they "believe in evolution." Since the questionnaire allowed multiple responses, the totals come to more than 100%. There's some overlap in there, probably among people who think evolution was divinely directed (these people are, of course, going straight to Hell). Also, could whoever wrote the questionnaire please, please, please never ever again suggest that science is a matter of "belief," please?

Apart from the maybe-discouraging statistics, the story also notes that a lot of science teachers either sneak in some creationism when they cover evolution or teach the theory so cursorily that students are poorly prepared for college-level biology classes. One teacher who responded to a follow-up interview after returning the questionnaire happily acknowledged that he is completely allergic to common sense:

"Sometimes students honestly look me in the eye and ask what do I think? I tell them that I personally hold the Bible as the source of truth," said Joe Sohmer, who teaches chemistry at the Altoona Area High School. The topic arises, he said, when he teaches radiocarbon dating, with that method often concluding archeological finds to be older than 10,000 years, which he says is the Bible-based age of Earth. "I tell them that I don't think [radiocarbon dating] is as valid as the textbook says it is, noting other scientific problems with the dating method.

"Kids ask all kinds of personal questions and that's one I don't shy away from," he said. "It doesn't in any way disrupt the educational process. I'm entitled to my beliefs as much as the evolutionist is."

Here are another teacher's written comments on the questionnaire, equating teaching basic science with ideological indoctrination:

"Most parents and officials do not want evolution 'crammed' into their children. They have serious philosophical/religious issues with public schools dictating to their students how to interpret the origin of life," stated the teacher, who did not respond to a request for an interview. His questionnaire says he teaches creationism for the equivalent of a class period, with five classes devoted to evolution.

"I have been questioned in the past about how I teach evolution principles, and [school officials] are satisfied with my approach," he said. "My approach is to teach the textbook content of Darwinian evolution but modified to explain that data can be interpreted differently dependent upon one's world view."

As a journamalist, Post-Gazette writer David Templeton deserves a pat on the back for not framing evolution as merely a matter of opinion; he makes clear that creationism and intelligent design are religious beliefs, not science. He briefly reviews the legal cases that have barred them from schools and interviews a Penn State professor, Michael Berkman, who says that when teachers do a poor job of teaching evolution, students end up with a

diluted understanding of "the driving theme of the biology course, beginning to end."

"It washes it out so it doesn't have the flavor and excitement of science," he said, noting it results in "dry and uninteresting" science classes. "Some teachers do unbelievable stuff in the classroom but the majority don't."

The haphazard method of teaching evolution, undercut by a teacher's skepticism, raises doubts in students' minds about the science, he said.

Ehhhhh, whatever. Children do not need to learn "science." The only jobs left for humans in the U.S. by 2050 will be "poisonous food detector" for Taco Bell and pharmaceutical test subject ... and bloggers, of course.