10 Reasons Why George W. Bush Was Such A Very Successful President 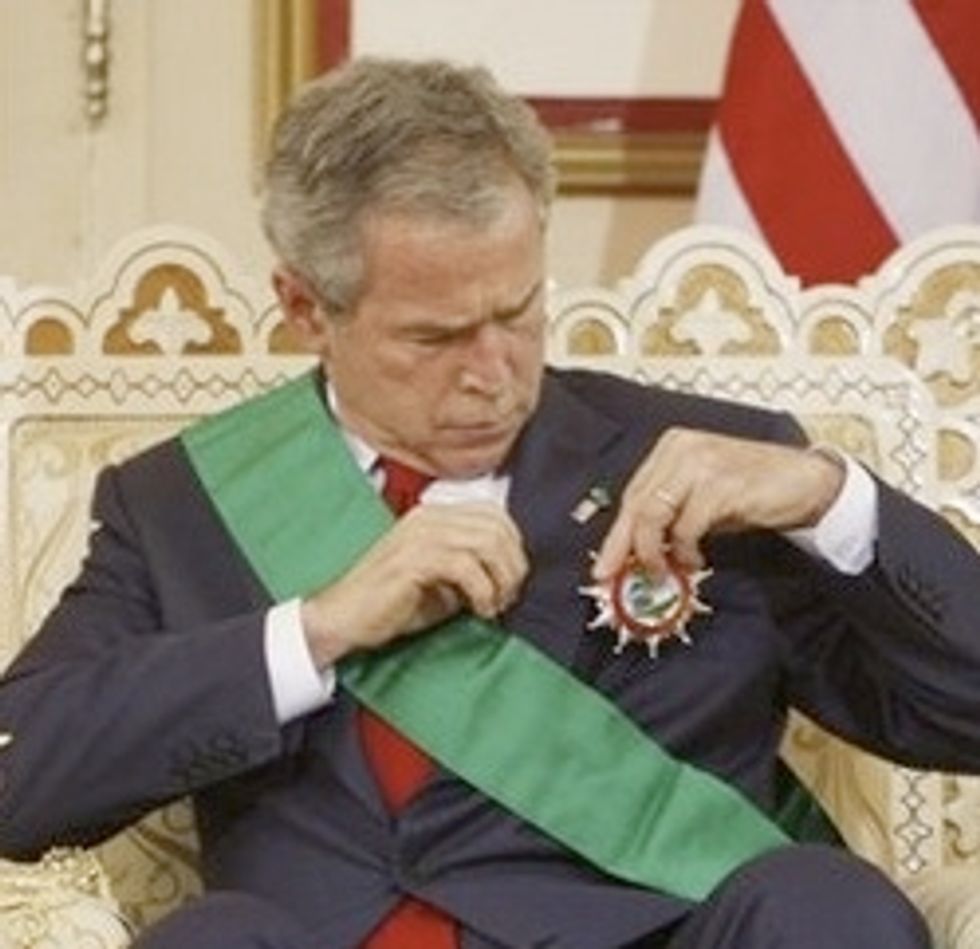 When George W. Bush Junior started that goddamnedwhining during his Last Press Conference, we wanted to crawl through the television screen and throttle him, right there, while he was still technically president. Tragically, current television technology doesn't allow this type of full-immersion interactive Wii hate -- hurry up, digital teevee! -- so we're still pretty annoyed 12 hours later. Hmm, target for late-night rage, where are you? Ah, Fred Barnes! A comical human dildo, wearing eyeglasses! What kind of ludicrous horseshit could the Weekly Standard executive editor deliver for America, in our Hour of Darkness? George W. Bush was actually a great president, that's what!

Now, in reader-friendly comedy bullet-point style, we bring you Fred Barnes' 10 Reasons why this stupid preppy bully, this vulgar power-mad imbecile who even failed at drinking, George Bush Junior, was so awesome: