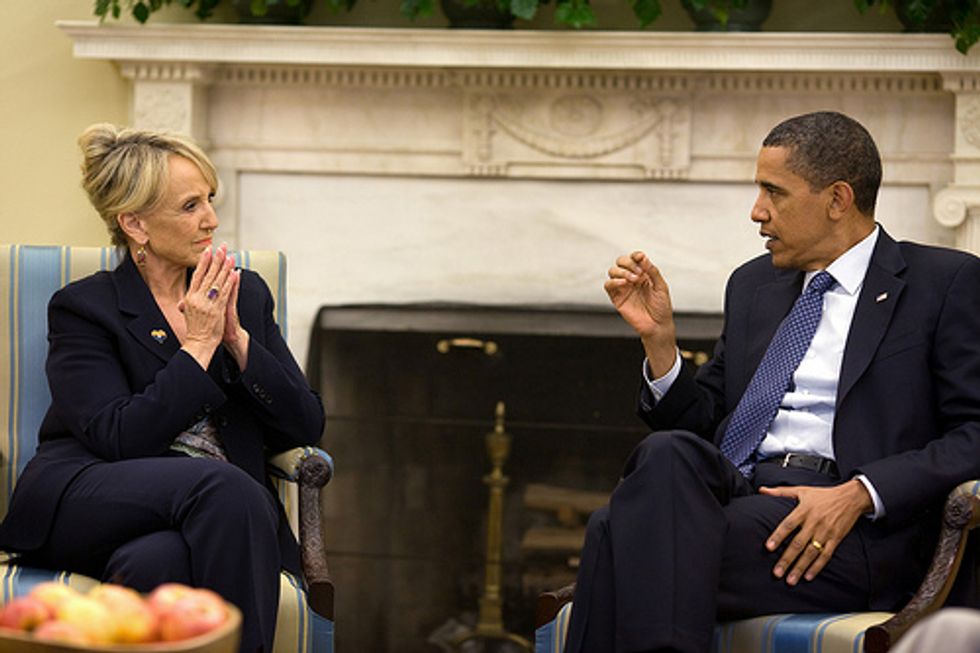 There are some Republicans who are dicks, sure, but who are not insane people. (This is why you will be saying hello to President Chris Christie three years and change from now. Yes yes, we know, now go and have yourselves your morning gin.) Until this year, Arizona Governatrix Jan Brewer had not been one of them. She shined on like a derpy diamond, sticking her finger in the president's face and murdering Planned Parenthood and signing pardons for innocent guns. And then a weird thing happened. Like, REALLY weird. The kind of weird that makes you question your whole fuckin' ethos, dude. That's right. In 2013, Jan Brewer stopped being crazy.

What is even next? The Lord your G_d appearing to Michele Bachmann's burning bush and convincing her that Gay is OK? Sarah Palin taxing the ever-loving shit out of the oil companies for Alaskan socialism? Hmmm, let's try that again. Sarah Palin quitting grifting and getting a motherfucking J-O-B? We just hope this outbreak of sanity isn't catching, or your Wonket will die a cold and starving death under a bridge with only this bottle of Thunderbird for comfort.