2013's Person Of The Year: Hitler, Who Was Just Like Hitler 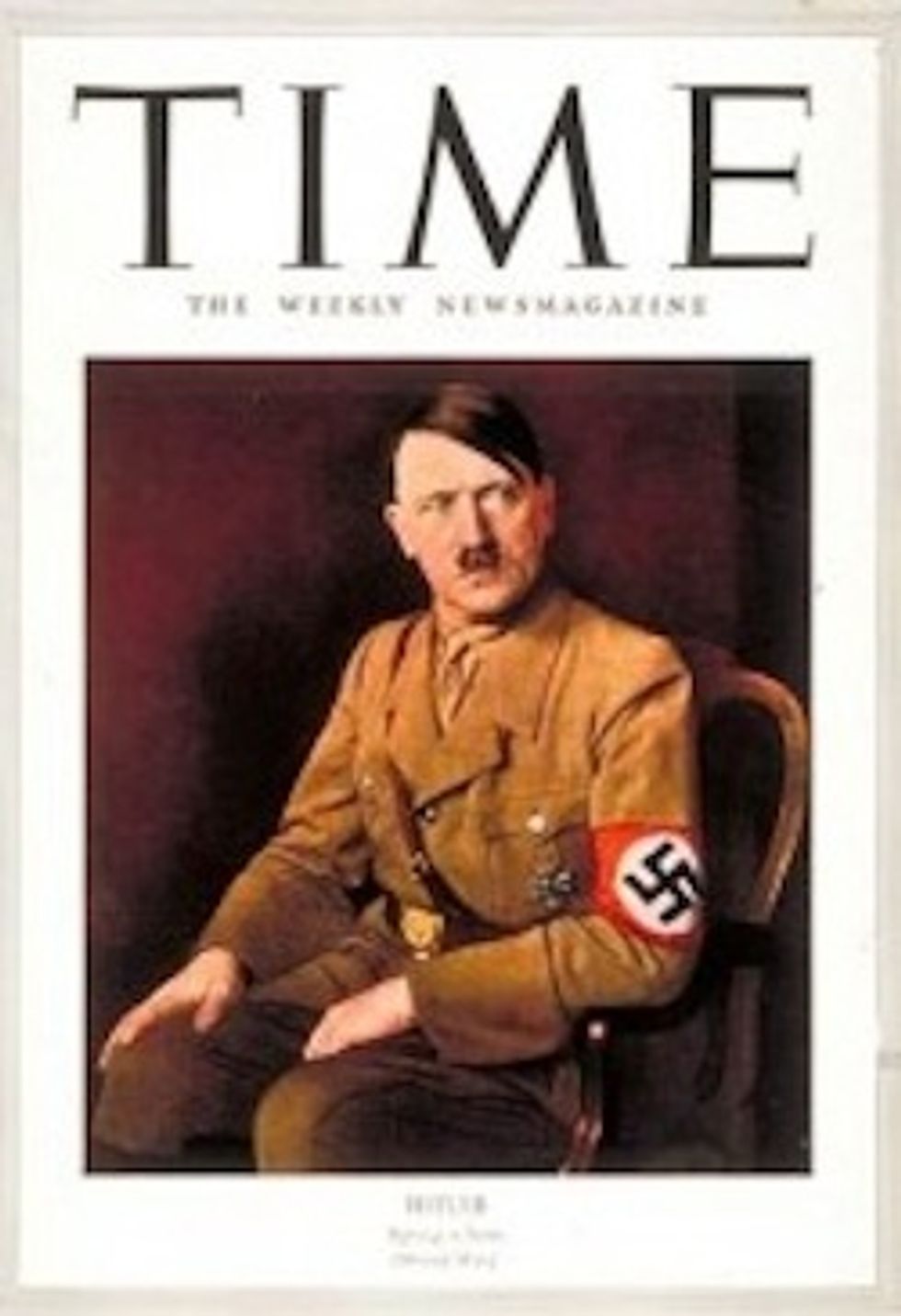 Oh 2013, how we will miss you and your multitudes of bad analogies, even though we are pretty sure 2014 will bring us even more bad analogies, because America is awful and Americans are awful, and it is now standard practice to compare anything you do not like to really bad stuff and/or really bad people. Like Hitler. (Or, on occasion, if you're feeling creative,Rwanda.) The Republicans' government shutdown this year was basically like the Battle of Gettysburg. Why? Because! A similar trend this year is to compare horribly awful terrible people who do horribly awful terrible things to great heroes who did great things because why not? Like, the Duck Dynasty dude is like Rosa Parks. Why? Because! (See also Ted Nugent, who is like Rosa Parks, according to Ted Nugent.) And of course Rick Santorum is just like Nelson Mandela, in that Rick Santorum is trying to destroy health care and Nelson Mandela gave his country health care, but if you forget that Santorum is doing the opposite of what Mandela did, they're basically exactly the same guy. You can't even tell them apart!

But nothing tops the bad Hitler analogies because Jesus, that has become more popular than taking feminist twerking selfies at funerals. EVERYTHING is basically just like Hitler nowadays. Let us do the squiggly line flashback thingy where we fondly recall all the ways America's Greatest Idiots idiotsplained to us how things they do not like are JUST LIKE HITLER.