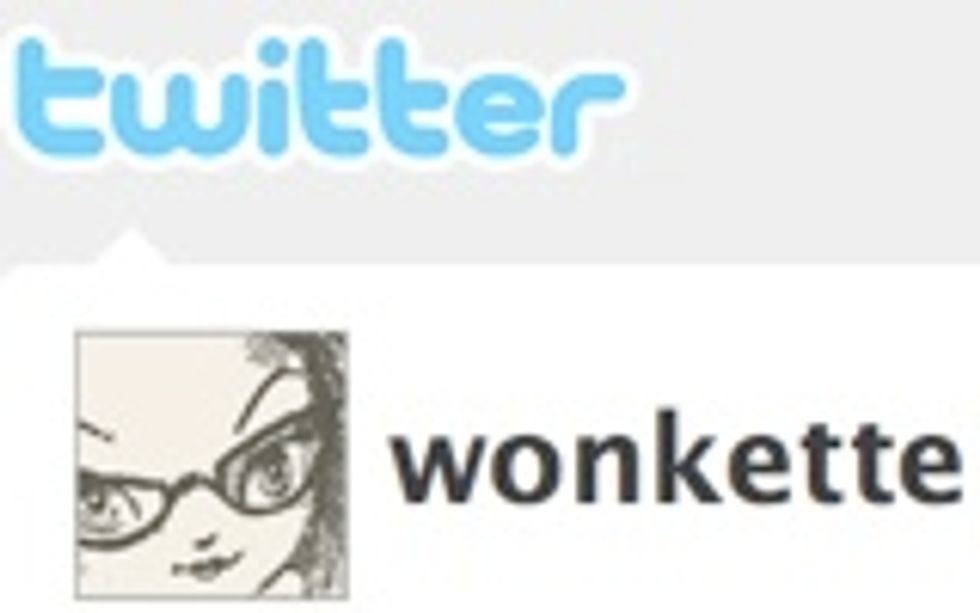 NERD ALERT: Oh hey do you like the new Internet fad of the Twitter? Well, your Wonkette has been on the Twitter for a while now, but it never really, uh, worked. (We blame past management.) Now it works! We still have no idea what the Twitter does, but 550 people have subscribed to it, even though it didn't work, so now everybody can unsubscribe, the end. [Twitter-Wonkette]
Ken Layne