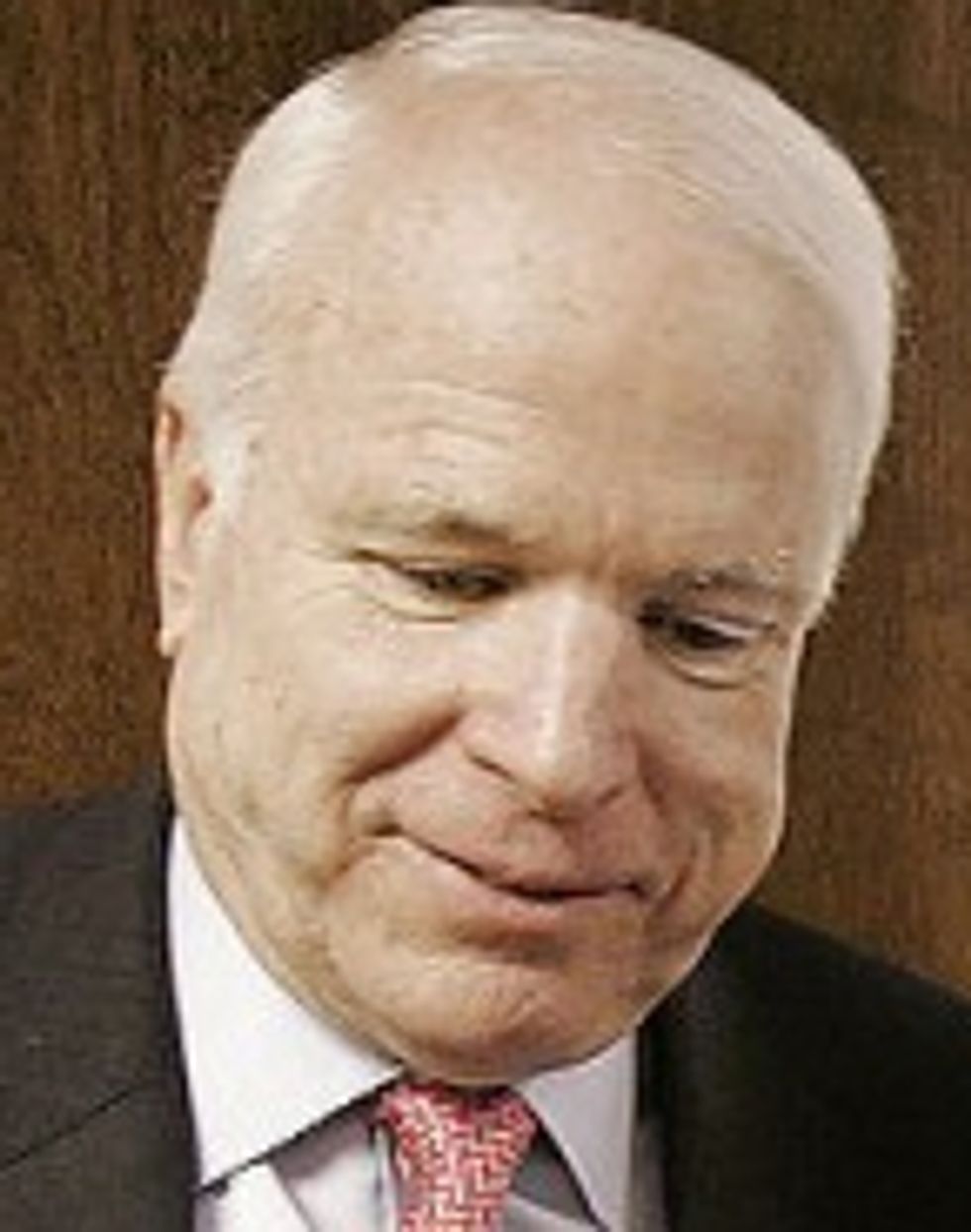 DEBATEGATE, LULZ, HA: "Organizers said Wednesday they were going ahead as planned with the first 2008 US presidential debate, despite Republican John McCain's call to postpone the event in the face of the Wall Street crisis. 'We have been notified by the Commission on Presidential Debates that we are proceeding as scheduled,' said the University of Mississippi, which was to host Friday's encounter between McCain and Democrat Barack Obama." Seems like McCain knew they wouldn't cancel this. He just wanted a few Maverick headlines, like back in the old days when he was a Star. It's funny because no one cares, at all. Ha ha, his favorite President George Bush is speaking on teevee tonight, too. [Jonathan Martin]