John McCain Lies About eBay, Too 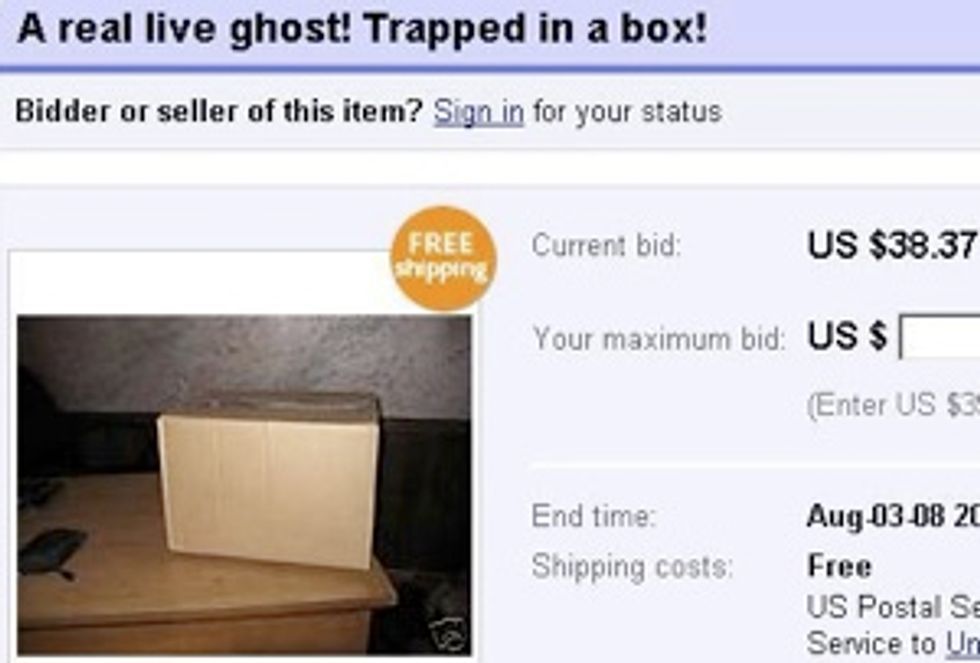 John McCain, that poor little rich boy, was born in an Admiral's Castle in the 16th Century, so of course he knows nothing about the Internets, which is why he often repeats some weird depressing thing about how millions of Americans are desperately selling off their meager consumer belongings on eBay, as if there's something dignified about auctioning off your beanie-baby collection to make rent. Oh, and did you know his wonderful campaign business-lady Secretary of McCain Commerce founded eBay all by herself? That is also a lie.

McCain has been trotting out Meg Whitman all year. She's his national co-chairwoman of his campaign! She is familiar with all internet traditions! Yet, she did not start eBay with five start-up Joe the Stanford Engineer employees.

Whitman was hired as CEO three years later, when it was a big business with 30 employees and had already racked up $100 million in revenues. Before that, she was in executive at Hasbro, where she was actually in charge of Mr. Potato Head, which is why she likes John McCain so much.