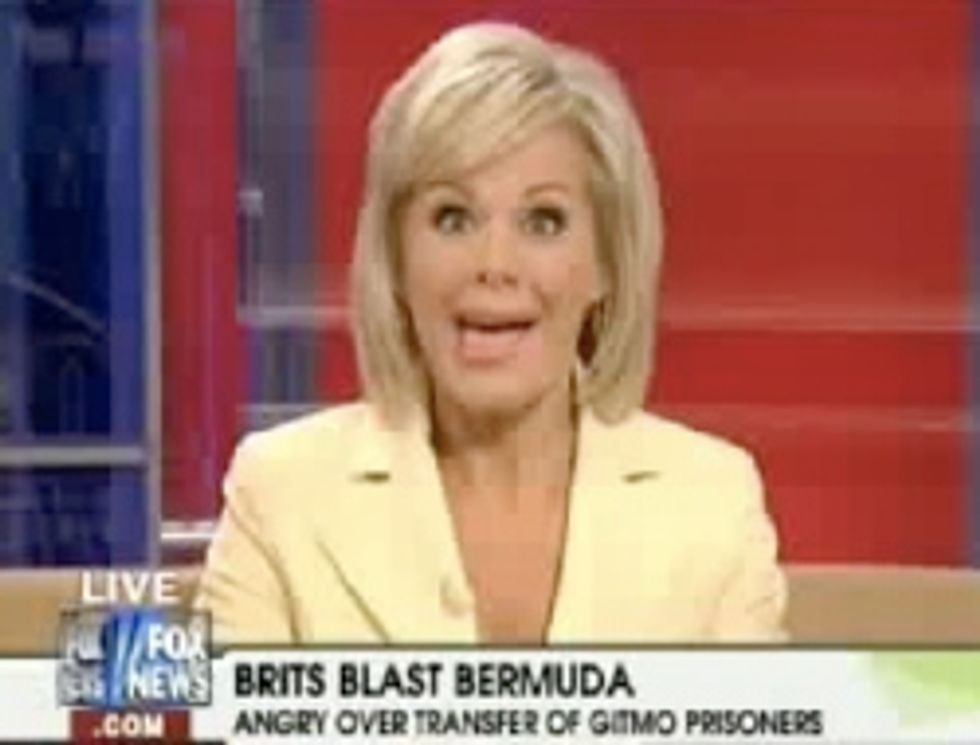 THE WEEKEND'S MOST SHOCKING NEWS: From this George Will column in which he praises Michele Bachmann "George Will style" (huffs gently in approval): "When [Bachmann] was a teenager in Anoka, Minn., she was a nanny for a young girl named Gretchen Carlson. Today, Carlson, a Stanford honors graduate who studied at Oxford, is a host of 'Fox & Friends,' the morning show on -- wouldn't you know -- Fox News Channel." We knew the whole "Gretchen Carlson" character was just some over-educated alien's performance art. Where did the Michele Bachmann touch you, Gretchen? [Washington Post]