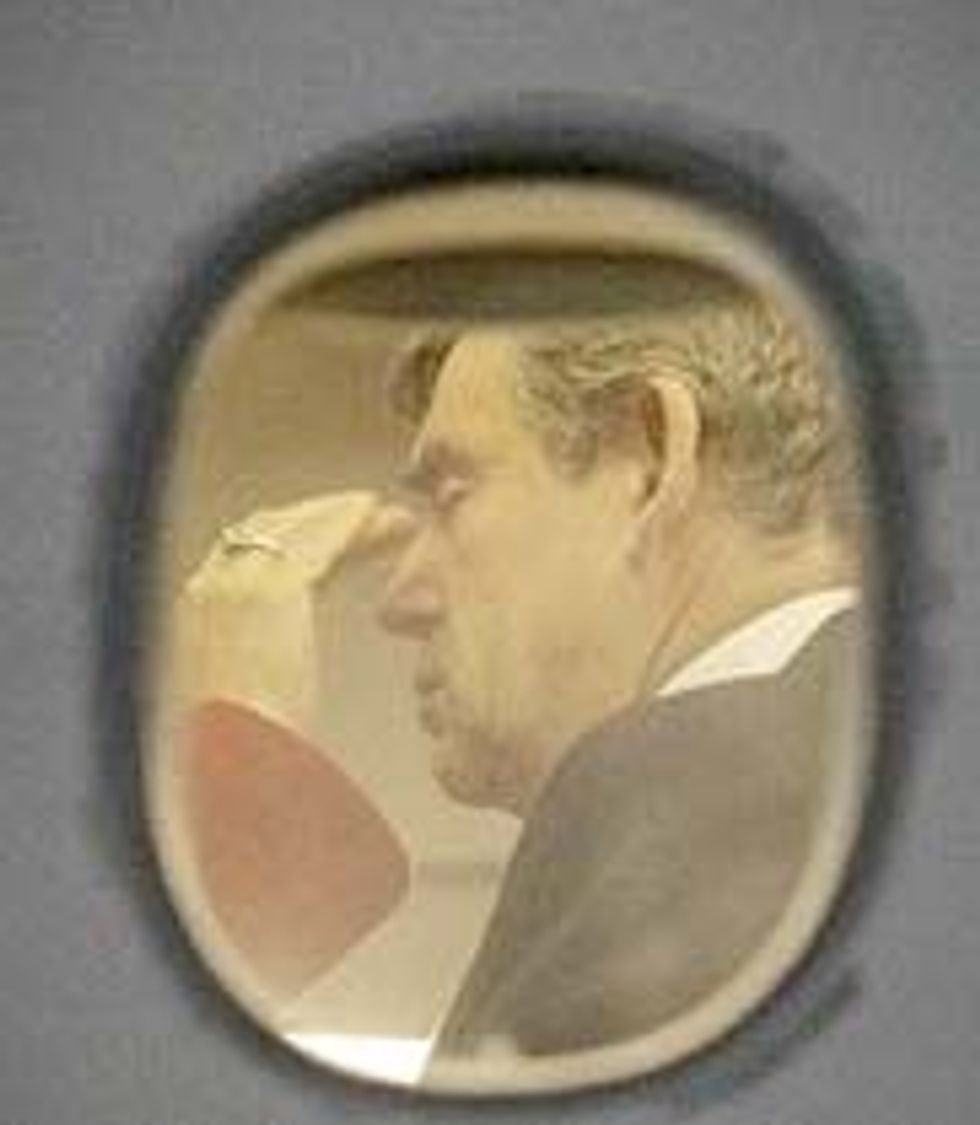 FOR GOD'S SAKE DON'T LET THE BRITS NEAR LIVE MICS: "[Prime Minister Gordon] Brown's campaign team even overhauled their election strategy this week -- betting that more contact between the leader and ordinary people would revive his flagging election hopes ... After talking with grandmother Gillian Duffy in the northern town of Rochdale, Brown was heard on his open microphone telling an adviser: 'That was a disaster, they should never have put me with that woman. Whose idea was that? It's just ridiculous' ... Shortly afterward, the BBC played Brown the audio recording as it interviewed him. Brown's head sunk into his hands and he shielded his face from the camera." [WP] UPDATE: Watch Gordo's squirmy beformance on the BBC here!