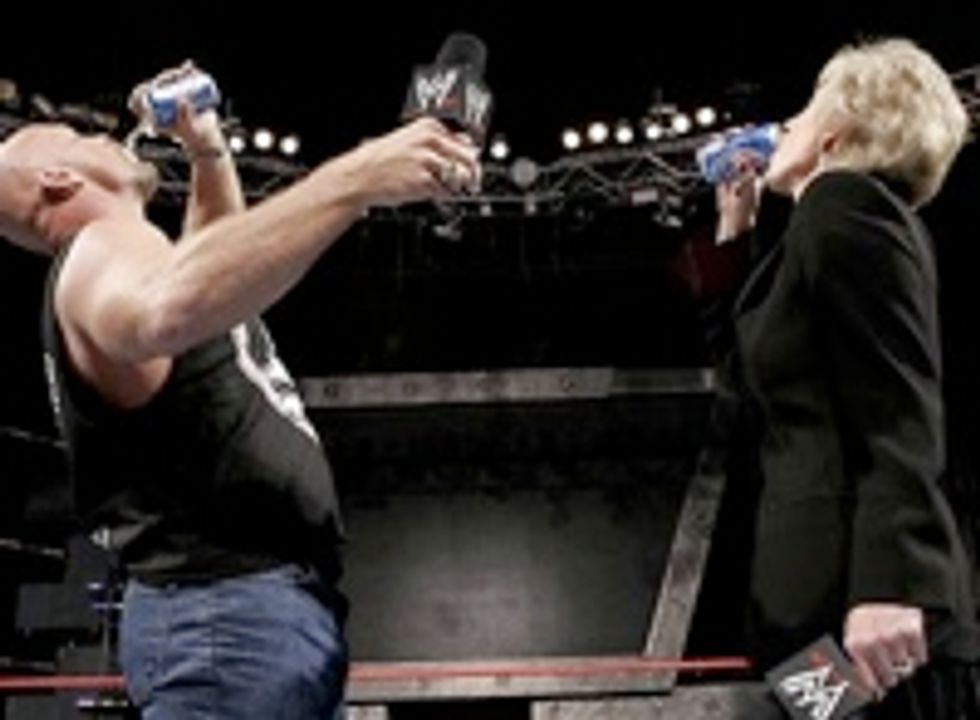 BEST REAGAN USAGE OF THE DAY: Linda McMahon, who owns the beloved pro wrestling organization WWE with her strange husband Vince, is running for the Republican Senate nomination in Connecticut. When asked how she balances her Political Values with the fact that she runs the most overtly trashy company in America, she just started babbling about Ronald Reagan, as Republicans tend to do: "If he had played a comedic standup person who did slapstick, do you think that's how he'd operate in the presidency?" Does she really want an answer to that? [Glenn Thrush]