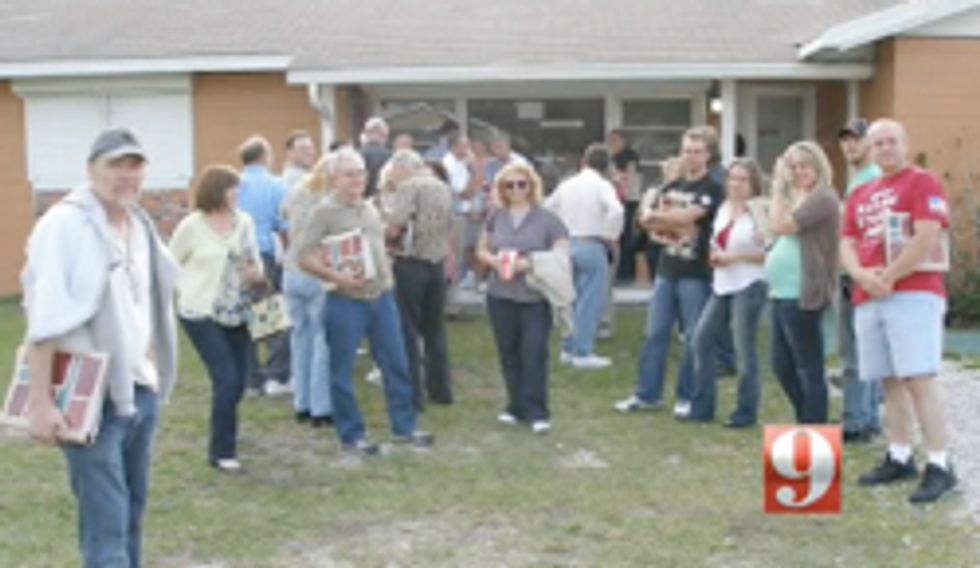 Glenn Beck visited Orlando on Saturday to sing "Amazing Grace" with some wingnuts, in an arena of sorts. That guy must have so much money. Anyway, some fraternity boys, or perhaps commies (?), got53 of the wingnuts to park in their parking lot, and then had them all towed away. Was Eric Cantor shot(-ish) or harassed by omnipotent retards on the Internet during this event, too? Probably.

ORLANDO, Fla. -- Dozens of people who parked at the University of Central Florida for an event say they were set up after their cars were towed. They said event parking signs directed them to a lot, but more than 50 cars in that lot were towed. People said those signs and their cars were gone when they got back.

A viewer contacted WFTV after his car was towed Saturday, along with 52 others. All of them were in line to recover their cars at an impound lot and all of them attended the Glenn Beck show at UCF.

The people parked in a Kappa Sigma lot. Mike Vedder thinks they were set up. He doesn't know if it was a dislike of the conservative commentator or money.

Probably money. What frat boys -- Kappa Sigma at that! -- would dislike Glenn Beck so much?