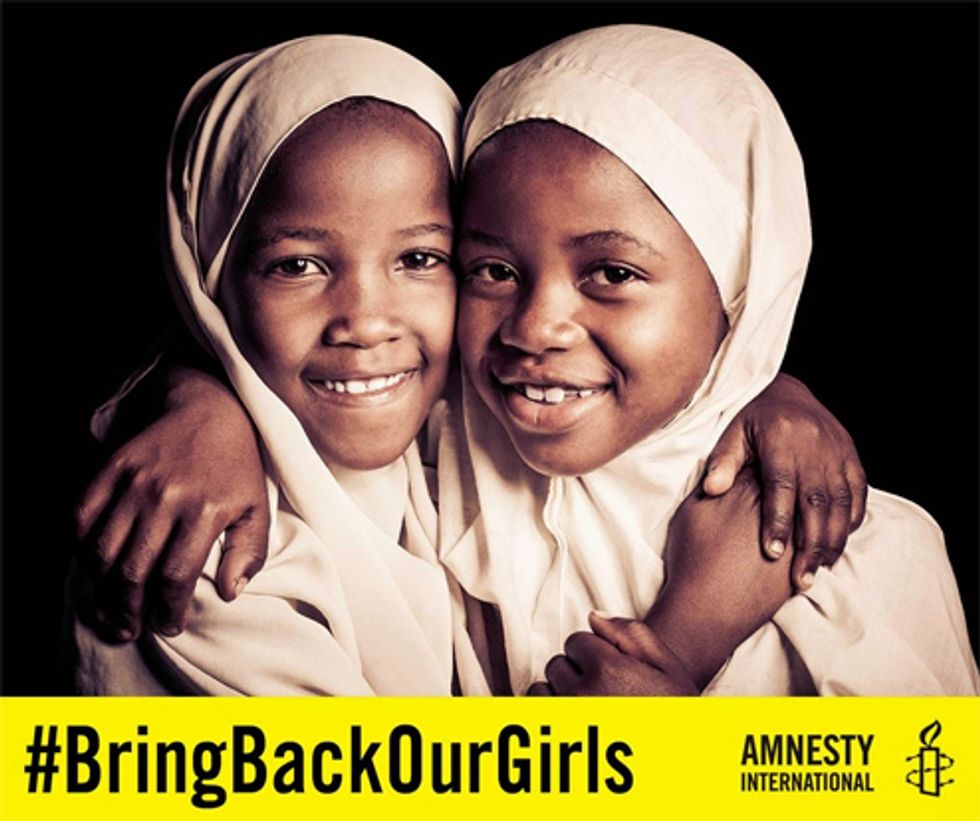 Here is the closest to actual Nice Time we're likely to get in a story on the heavily armed fundamentalist murderers in Boko Haram: 63 women and girls who they kidnapped back on June 18have escaped from captivity and returned to their village -- or to its ashes, at least, since the terrorists burned it to the ground. The escapees are a separate group of hostages from the over 200 girls kidnapped in April, who are still thought to be held by Boko Haram.

The female hostages escaped Friday while their captors left their camp to launch an attack against the military and police in the nearby town of Damboa, said Bukar Kyari, a local vigilante fighting Boko Haram in Maiduguri.

Soldiers overwhelmed the insurgents, forcing them to mobilize all their men and leave the abducted women in the camp, Kyari said.

"The women seized that rare opportunity to escape when they realized they were alone in the camp," Kyari said. "But we still have five women, including a nursing mother, missing."

And just to make you throw up your hands in frustration and cry, the Nigerian government is still not doing a heck of a lot to rescue the kidnapped women and girls, and about a month back it briefly tried to ban protests calling for their return. For some reason, people didn't take kindly to that, and so the government turned around and allowed them again, but hasn't done much to step up their efforts to bring back the girls.

And so here is your feel-less-horrible news: Some women and girls taken captive by Boko Haram actually can save themselves, which is great since there's so little help coming from their government.

We'd also like to add an observation about how it's probably not advisable for governments to ignore organized groups of heavily-armed religious fanatics, for what that's worth.