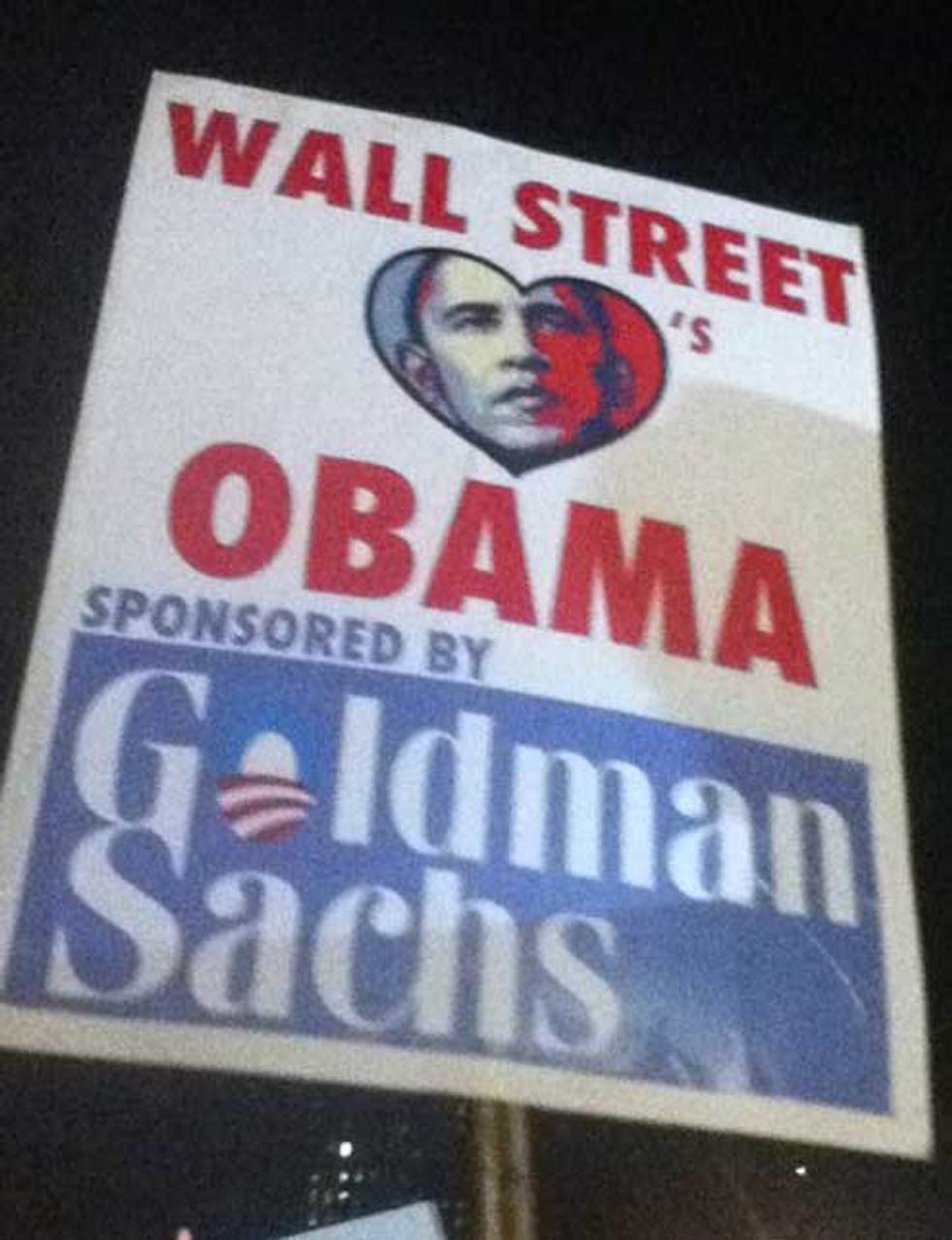 Your Wonkette had a chance to see the #OWS Bat Signal firsthand last night at the Day of Action protests on the Brooklyn Bridge -- take a minute to watch the video. But even more awesomer than the Bat Signal is how it got there, thanks to a nice single mom living in the run-down projects located directly in front of the building of the monstrous union-busting Verizon overlords.

Boing Boing has the scoop on the bat signal story with an interview from the creator, Mark Read:

Mark Read: Opposite the Verizon building, there is a bunch of city housing. Subsidized, rent-controlled. There's a lack of services, lights are out in the hallways, the housing feels like jails, like prisons. I walked around, and put up signs in there offering money to rent out an apartment for a few hours. I didn't say much more. I received surprisingly few calls, and most of them seemed not quite fully there. But then I got one call from a sane person Her name was Denise Vega. She lived on the 16th floor. Single, working mom, mother of three.

I spoke with her on the phone, and a few days later went over and met her.

I told her what I wanted to do, and she was enthused. The more I described, the more excited she got.

Her parting words were, "let's do this."

She wouldn't take my money. That was the day of the eviction of Zuccotti, the same day. And she'd been listening to the news all day, she saw everything that had happened.

"I can't charge you money, this is for the people," she said.

She was born in the projects. She opened up her home to us.

She was in there tonight with her 3 daughters, 2 sisters. The NYPD started snooping around down on the ground while the projections were up, it was clear where we were projecting from, and inside it was festive.

"If they want to come up they're gonna need a warrant!," her family was saying. "If they ask us, well, we don't know what they are talking about!" They were really brave and cool.

The scene in New York last night, in addition to many horrible arrests and the crying mothers getting beat up by police, was also pretty incredible. Despite a ridiculous maze of ever-shifting police barricades around Foley Square and police efforts to cut people off from the march, your Wonkette saw a diverse crowd of peaceful folks from every age range and ethnic background, aka "crazy violent hippie mobs who hate capitalism." Our favorite was an adorable pair of old ladies in leopard-print hats yelling at the police, "Go arrest the 1%, it's easier than arresting the 99%!" There were tons of families with their kids, CUNY students, union workers, and even doctors in lab coats carrying banners demanding better access to health care. All of them very patiently navigated the bottlenecks to cross the Brooklyn Bridge.

And here is a rousing little slice o' life from the Brooklyn Bridge last night from your editor's crappy cell phone, as motorists honked and cheered with the protesters crossing: