UPDATED: A Children's Treasury Of All The Non-Gun Things Conservatives Think Cause Mass Shootings 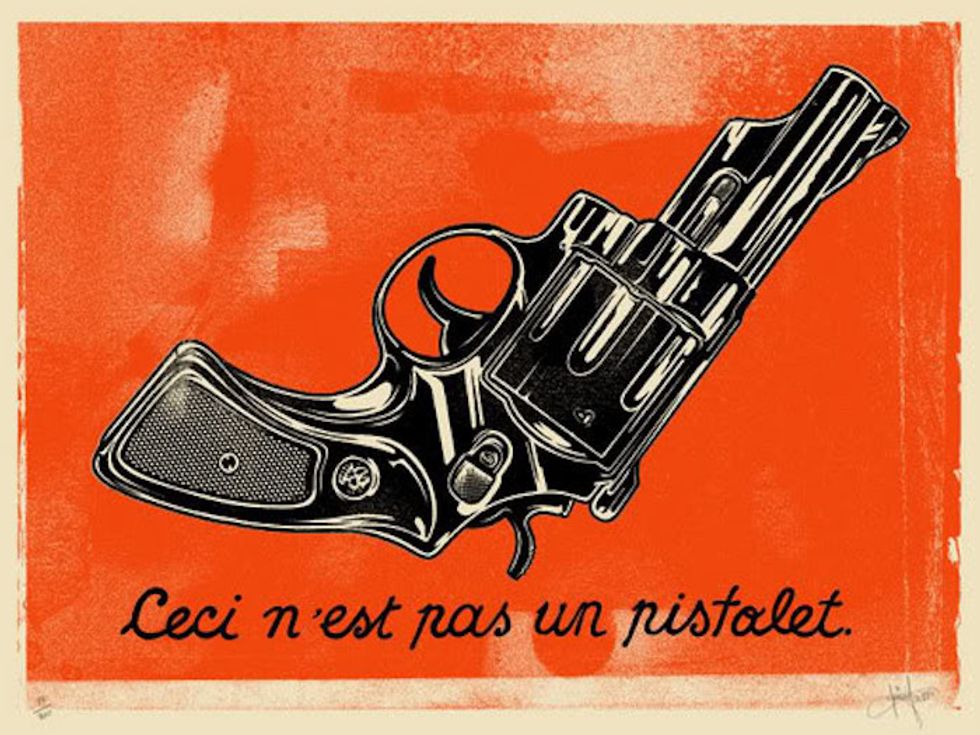 It has occurred to us here at Wonkette that we cannot possibly begin to keep up with all of the varied and sundry straws at which the Right has grasped over the past week to explain all of the mass shootings. Doing a post for each of them seems a tad excessive and exhausting, so instead we're just going to round them all up into one post and keep updating it every time they come up with a new thing. Good? Good!

“It’s available on the shelf when you walk in the grocery store. Yeah, you have to reach up to get it, but there’s pornography there,” she said. “All of this is available without parental guidance. I think that is a big part of the root cause.”

NRA Board Member Ted Nugent brought this creative excuse up in a NewsmaxTV interview:

“And in every instance, you mark my words when the studies are finalized, you will find that Columbine, Virginia Tech, Aurora, certainly Sandy Hook, these maniac murderers in Parkland and now Santa Fe, if you really studied the slovenliness and the zombie-like conduct of these murderers, you go back to their diet and examine what they’ve put into their sacred temple, and it’s all garbage, it’s all poison."

It's not guns, it's junk food! Just make everyone eat more healthy foods (unless you are Michelle Obama and you are cruelly forcing those healthy foods on America's children), and BOOM, no more school shootings!

Notorious Gun Runner and newly minted NRA president Ollie North came up with this one.

"The problem that we've got is, we're trying like the dickens to treat the symptom without treating the disease, and the disease in this case isn't the Second Amendment; the disease is youngsters who are steeped in a culture of violence," North said Sunday in an interview with Fox News Sunday.

"They've been drugged in many cases. Nearly all of these perpetrators are male, and they're young teenagers in most cases, and they've come through a culture where violence is commonplace," he said. "Many of these young boys have been on Ritalin since they were in kindergarten. Now, I am certainly not a doctor, I'm a Marine, but I can see those kinds of things happening."

Now, overmedicating kids is a problem for sure -- but if you have ADD or ADHD, stimulants like Ritalin and Adderall actually calm you down and make it possible for you to function in school. Additionally, no link has been found between school shooters and ADD meds -- only one in eight of these shooters have been on any kind of medication. The vast majority of them were receiving no kind of mental help at all, which, you know, might be a bigger problem.

Now, one thing that these shooters definitely don't have in common is abortion. You know, considering the vast, vast majority of them are men. But that didn't stop Texas Lieutenant Governor Dan Patrick from name-checking them in a statement trying to explain the not-gun reasons why we keep having these shootings:

"We have 50 million abortions. We have families that are broken apart, no fathers at home. We have incredible heinous violence as a [video] game, two hours a day in front of their eyes. And we stand here and we wonder why this happens to certain students."

For the record, we do not have 50 million abortions. The last year for which a number was recorded, we had 652,639 abortions -- which was down significantly, likely due to subsidized birth control. I mean, if you're talking since 1970, there have been 45,151,389 abortions in total, which is still not 50 million. Additionally, there is actually a theory that legalized abortion has actually helped reduce crime.

As for video games? Research has shown that there is no link between video games and aggressive behavior.

As for fathers? Well, the last shooter got his gun from his dad (as did the Waffle House shooter, but if it's not at a school, does it even count?) ... so it's safe to say they were at least in the picture enough to leave their guns lying around within close proximity.

During a television appearance on Fox and Friends, NRA spokeswoman Dana Loesch suggested that if we really want to stop all the school shootings, we'll take all the money we've been giving to Planned Parenthood and give it to schools for armed guards and metal detectors.

“How about we take the half a billion dollars from Planned Parenthood and redirect that into making sure schools are secure and that we have armed security and that we have metal detectors?” she suggested. “We are protecting our sporting events and concerts more.”

This would make slightly more sense if that was at all how things worked. They cannot just take Title X funds and give them to schools, as those funds exist for a specific purpose, to cover specific things. Also, the last school shooting had multiple armed guards employed at the school. Ten people still died, and 10 were still injured.

Another gem from the NRA! NRA-TV host Colion Noir explained in a video that one of the things that cause these shootings is all the mean feminists out there talking about how toxic masculinity probably causes a lot of these shootings. Other things that definitely cause them are safe spaces, participation trophies, and basically anything else the right doesn't like. What doesn't cause them are guns, the thing the NRA likes! How convenient!

Instead of teaching our kids how to cope with the harsh realities of life, we shield them in safe spaces and give them participation trophies incentivizing mediocrity and tell our young boys that their masculinity is toxic, and our young girls that being a woman means acting like a man, further confusing the hell out of kids who are naturally going to struggle with their identity as is. Anyone screaming for gun control in response to this last shooting is just not being honest with themselves. The kid used a shotgun and a revolver that he took from his parents because he wasn't old enough to buy a gun legally. Ask yourself, what is more likely a reason this latest killer decided to secretly build improvised explosives in order to murder his classmates in cold blood, "loose" gun laws or our culture?

Hearing from many parents they’re scared to send their kids to school. We need to give them as many different choices as possible. #txlege

You know, because homeschoolingnever turns out poorly.

“To the teachers and administrators out there, the trench coat is kind of a giveaway. You might just say no more trench coats. The creepy people, make a list, check it twice.”

Click here for the full Wonkette article on that one!

Yet another good one from Texas Lt. Governor Dan Patrick!

“We have to look at the design of our schools moving forward and retrofitting schools that are already built... there are too many entrances and too many exits to our over 8,000 campuses in Texas,” Patrick said.

Yes, because when I think public safety, I think "What was it that caused the Triangle Shirtwaist Factory fire again?"

Erick Erickson had some THOUGHTS on this one:

Our problem is that you have been at war with God and what we are seeing is a world where God has handed us over to ourselves. He has removed the protection he once offered and now we get to see what happens when God turns his back. You may call it crazy if you are not a believer, but for those of you familiar with Romans 1, well, you're looking at it.

And the only way to solve any of this is for people to join his religion.

And you on the other side, recognize that all Christians are hypocrites and sinners and so are you. But the only way to turn back from the road ahead is for all of us to reclaim some level of common morality. Get to church.

Hey! You know who got to church? Dimitrios Pagourtzis. Just days before the shooting. There is video of him dancing there.

And that's it SO FAR! But we will be sure to update this as soon as someone new pops up and blames.... oven mitts or something. Click here to leave us a tip!