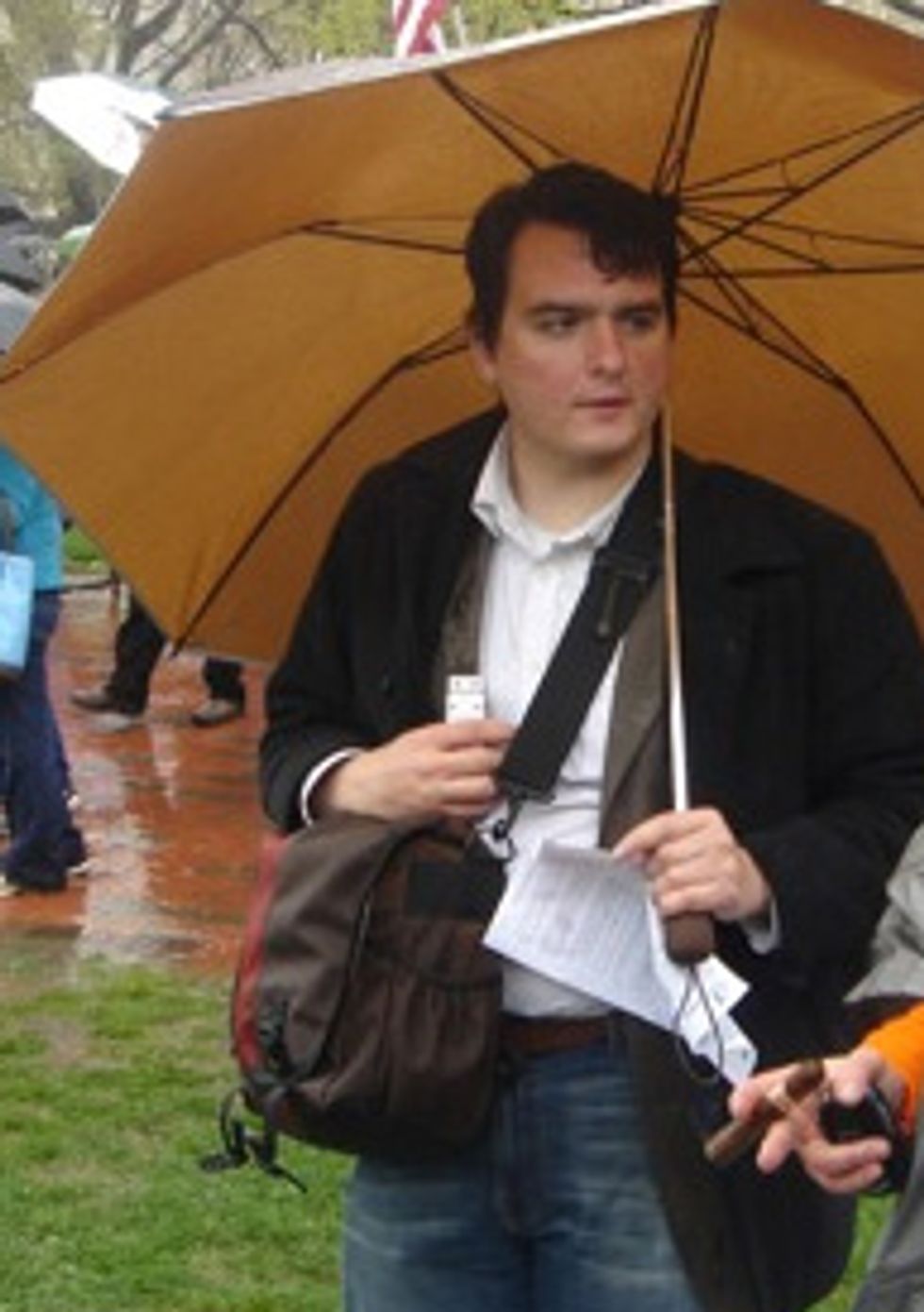 This morning Grandpa Dave Weigelsat the Internet on his lap to tell it the story of the time he was a political reporter, his first non-tweeted public statement since being forced to resign from the Washington Post on Friday for having a sense of humor. To let wingnuts know he doesn't really, in his heart, want to set them all on fire, Weigel chose to explain himself on one of Andrew Breitbart's wingnut websites. Q: Did the flock re-embrace Weigel with open arms? A: There is a comments section.

ARDavis71 leads us off with a story of his own:

I had a chance meeting with David (his card said Washington Independent) when he was covering the National Tea Party convention in Nashville. As I sat at a back table at one of the presentations he sat down next to me and started asking me the "normal" questions like where I was from and why I was there. He seemed to be jotting down notes.

After I explained how I got started being concerned about politics, he quickly got up and explained he had some other things to report on. He appeared nervous to be talking to someone with a real (and untold) story.

DavidMontgomery, who, yes, is angrily holding an assault rifle in his avatar, sees through Weigel's bullshit, and despite his full beard is maybe secretly a mean teen-ager?

Dude, if you are pro G A Y Marriage, Open Borders, and Voted for ObaMao the ONE thing you are NOT is conservative. You may not even qualify as a RINO.

You are in the midst of an identity crisis. Tough Luck. If it walks like a duck...

PS - Get a new photo. You look like a college freshman who does not need to shave yet. NOBODY will take you seriously who looks at that picture.

caseoftheblues wins with +21 votes for being the first person to FINALLY call out Weigel for his "boot licking reporting of the Obama administration" in his role as somebody who reports on the conservative movement:

You and those like you have sullied the profession of journalism probably beyond repair....your refusal to do your jobs and instead be used by Democrats and Unions have imperiled our country and our future. Your boot licking reporting of the Obama administration has allowed unthought of corruption, dirty back room dealing,civil rights violations, our very Republic to be sold off in pieces to Unions and other "valued" voting and campaign contributing blocs. The daily atrocities that occur in the present administration...and you and other "journalist"....ask nothing, investigate nothing and in fact to aLL YOU CAN TO COVER-UP and distract with those important stories about Sarah Palin and her breasts etc... You( and your entire profression) should be as sickened by yourself as we are of you... but you don't appear to have the insight or understanding to grasp how utterly you have failed in your profession and the role you were supposed to perform in our Representative Republic.

When hovered over, Mikeyh0 is revealed as "Me? I'm just an older cabbie who loves this country. Arizona is home." So of course he knows Weigel is bisexual, expertly:

Will the real David Weigel just go away? Maybe Hollywood could do your life's story. "The Days of Whine and Poses." Never heard of this guy but he must be important somehow to someone, some where. A bit of a switch-hitter, I'd say.

Finally, maxine_summit gets down to the real issue, Weigel using potty-mouth adjectives, something great Renaissance artists would NEVER do:

Just because we have freedom of speech does not mean stooping to using foul adjectives such as your "mind [----]" to describe mental confusion.