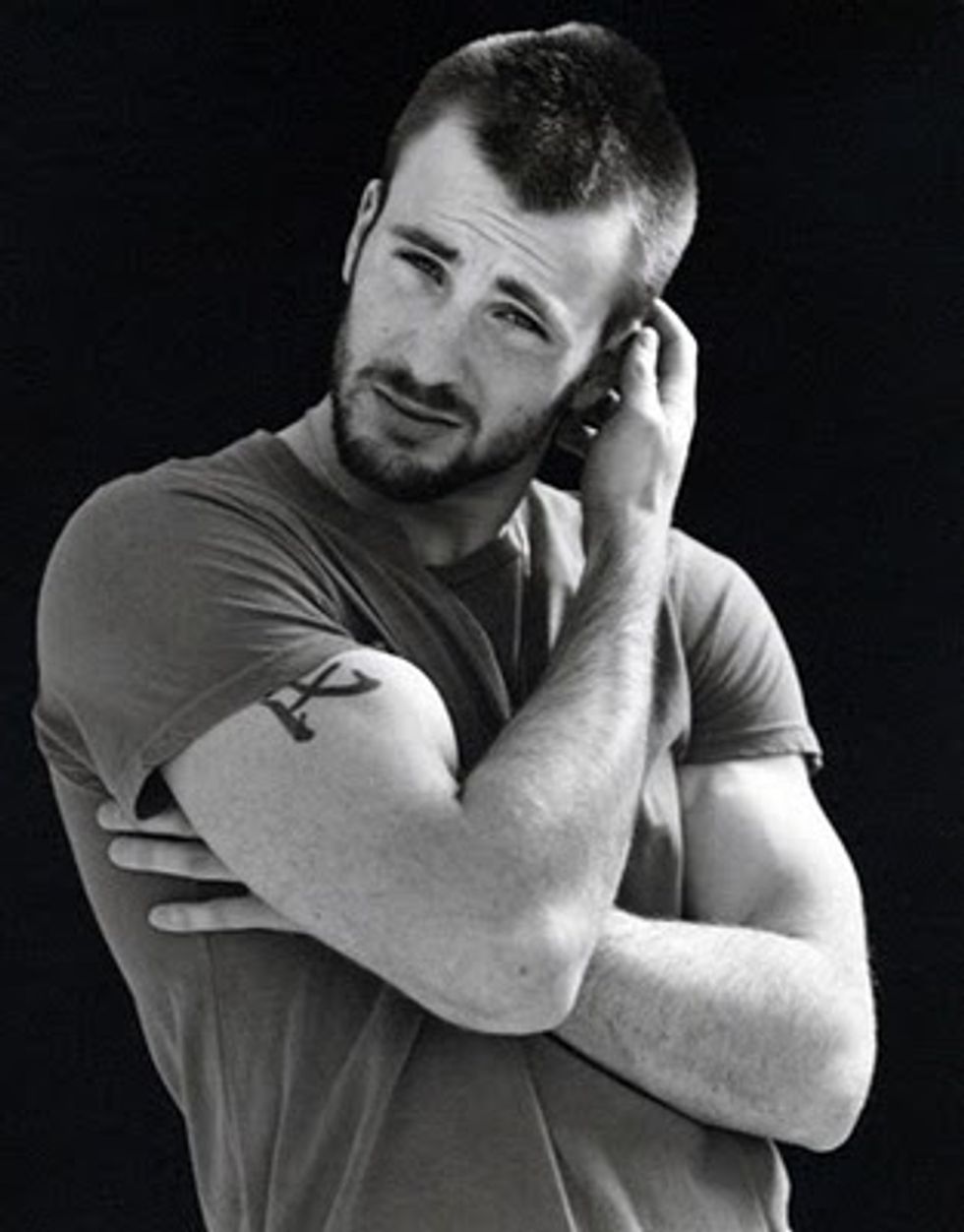 You guys, a terrible thing has happened. Chris Evans, who is a very handsome man who gets paid very much muneez to be handsome and for us all to look at him being handsome, apparently has some Thoughts about politics and journamalism, and those thoughts are: he does not like Virgin Ben Shapiro of Ghost Andrew Breitbart's Bait Shop. "I genuinely dislike Ben Shapiro," he tweeted, so Ben Shapiro tweeted back some arglebargle about how it's cool, man, they can disagree on politics and still like each other, which is like the opposite of what Chris Evans said, Ben Shapiro. Way to read words!

No, Ben, you guys are not going to "still like each other." You are not going to braid each other's hair and have pillow fights, and Chris Evans is not going to help you finally get some trim. Poor little duckling. ANYWAY, let's look at some more pictures of Chris Evans being handsome and simultaneously looking totally disgusted with Poor Ben Shapiro, whom he genuinely dislikes.

"Hey, did you know Ben Shapiro was the guy who shit the bed on that 'Friends of Hamas' story? What a fucking idiot, whom I genuinely dislike."

"Here I am saying something hilarious about Ben Shapiro, with whom I am not friends. Because I do not like him. Genuinely."

"Also here, I am looking quite disgusted. I am thinking about Ben Shapiro, my genuine dislike for same, and the epic sadness that is Ghost Andrew Breitbart's Internet Home for the Spiritually Deformed. Also, I genuinely dislike him."

And there you have it. Chris Evans genuinely dislikes Ben Shapiro, the end.