A Children's Treasury of CPAC Stupidity: the Final Chapter 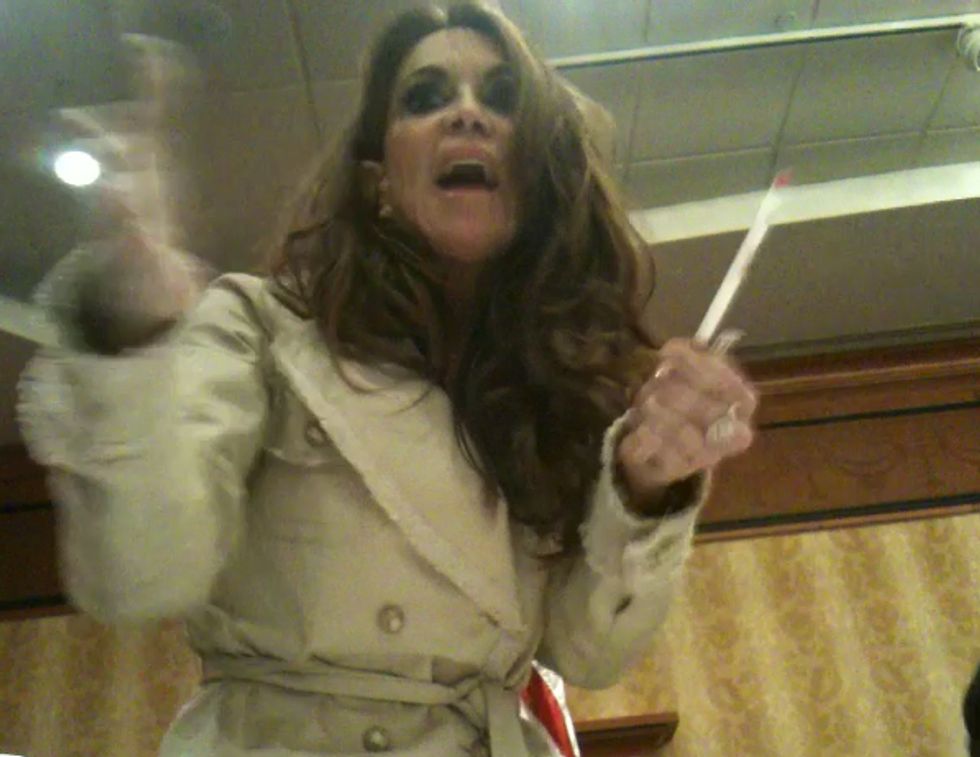 Today was probably our last day at CPAC, an awful concentration camp of concentrated awfulness. But every winding Ron Paul book-signing line has to end somewhere, and we're sure these folks are glad to be rid of us too. So here's the last account of this crap, starring George Allen, Pam Geller, and a Joe Biden sex toy.

Here is what was in those bags on the table: A squishy Joe Biden. Why does this exist? Must be some sort of hate-masturbation sex toy, one that's easy on old orifices.

We asked George Allen which he preferred: democracy or Israel. "Both," he said. But if you could have just one? "Both."

Here's Pam Geller in the middle of a GZ Mosk tirade. We gave her a list of seven religions and asked her to rank them from the one she would most like to see have a community center somewhat close to Ground Zero to the least. She refused, so the terrorists lost.

The Mosk panel had a spread of nachos, soft pretzels, soda, and candy bars, because it would be indecent to let a vegetable hummus platter get near family members of 9/11 victims. Here's the optimal eating strategy: a tower of pretzels in a river of cheese, a tower knocked down by a Muslim-hater EATING IT ALIVE.

Because if Fair Tax hasn't been successful all these years, a tube of lip balm will certainly turn things around.

We were handed this book. We suspect it is aimed perfectly at the reading level of most of these attendees.

See you at CPAC next year! Just kidding, none of you are interested in gouging your eyes out.