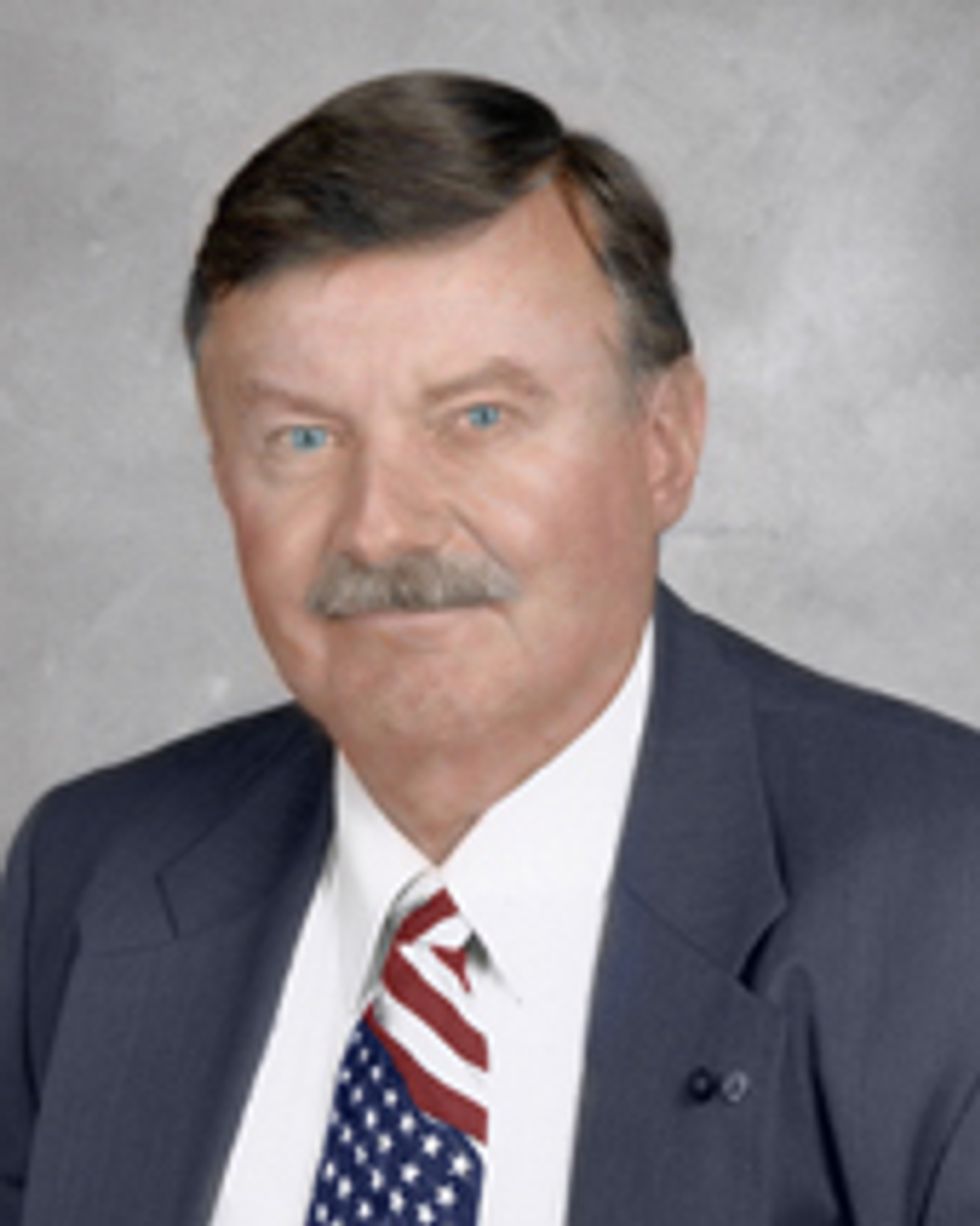 Promising young Alaska governor Sarah Palin has selected a nice new fellow named Wayne Anthony Ross to be the state's Attorney General. He is perhaps the worst selection for anything in politics since that time that John McCain picked Sarah Palin to be his vice president. Just kidding,he's a stitch! Anyone like RAPE JOKES? Wayne Anthony Ross has good ones! So good that they don't even *sound* like rape jokes -- they're more like, "endorsements of rape."

The Alaska blog Mudflats, which is still producing great stuff even though some dingbat politician up there has been working full-time for months to destroy it, reports a number wacky Ross things, which may or may not be true, but would not be considered unusual for Ross, also.

Here is how Ross, who hates Gays like the dickens, responded to a question about how he would view cases involving homosexuality and its practitioners:

In other words, if you like lima beans, you're gay as shit.

(UPDATE: Yes we know there is a SARAH PALIN GOOGLE AD right there. So...

Next, some state Senate Judiciary Committee testimony from a lady who saw Ross appear at a lady-abuse panel discussion:

“When [Ross] got up and spoke, his views were fairly sexist and the implication was that domestic violence was starting to be on the rise because of the equal rights movement, and that it emasculated men, and therefore they beat their wives. He went on to make insinuations that there wasn’t a lot of real domestic violence and that a lot of women were liars and making it up. I just found those statements to be extremely sexist and the reaction of other people in the room was similar.”

Another woman who had been a citizen lobbyist on behalf of families and children in Alaska with regard to child support, custody, abuse, abandonment and neglect spoke before the House Judiciary Committee the following day about statements she heard at a meeting of Dads Against Discrimination. “Numerous comments were made that were appalling, not the least of which were remarks by Mr. Ross which included the following; “If a guy can’t rape his wife…who’s he gonna rape?” and “There wouldn’t be an issue with domestic violence if women would learn to keep their mouths shut.”

Another anecdote, within which is the "added bonus" of the latest thing that makes Sarah Palin terrible:

But at the House Judiciary Committee meeting, Representative Jay Ramras expressed some concern over the governor wearing a jacket and pants with a giant Arctic Cat logo on the front (and ”Sarah” embroidered on the placket) at the start of the Iron Dog race. The fact that her husband Todd was being paid by Arctic Cat who sponsored his team, and the fact that getting product placement on the governor’s chest is….”priceless”, resulted in an ethics complaint.

Ramras actually gets that this is inappropriate, and said to Ross “We have a governor who is provocative in a lot of her actions. Recently it comes to mind when she was in Fairbanks for the finish line of the Iron Dog, she was wearing Arctic Cat gear, Arctic Cat leathers, while her husband…

Ross cut him off, and just to prove that he’s not a sexist, he said aloud in a Legislative hearing before the committee, on the record, “She was provocative. She looked very good in it, didn’t she?”

He also thinks that estimates of animal casualties resulting from the Exxon Valdez spill are a terrible conspiracy, because the liberals don't like oil spoils like the rest of us decent Americans.

He is "divisive" in Alaska.