A Children's Treasury Of Derp: Your Labor Day Loonworld Roundup 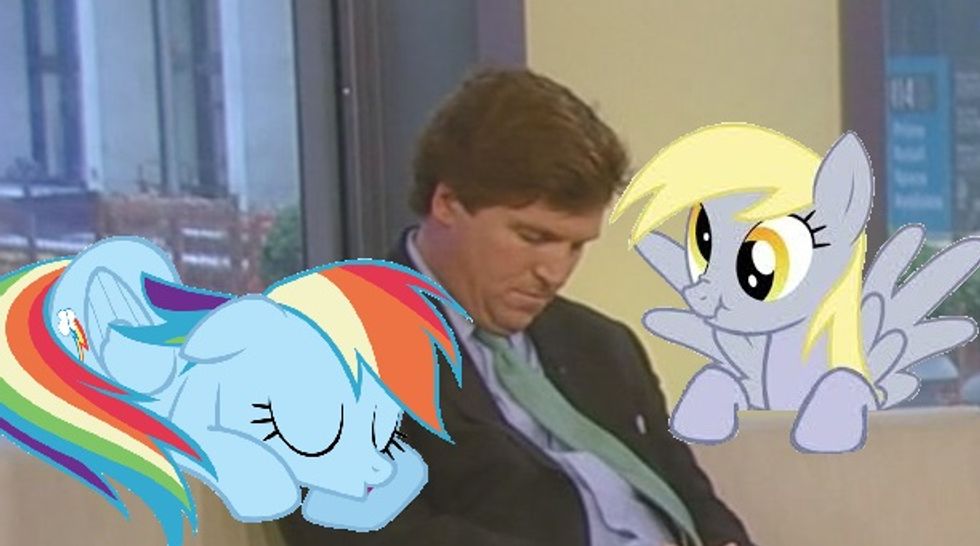 Welcome to a special Labor Day edition of picked-up pieces, a baggy collection of stories that were too stoopid to ignore altogether, but that we couldn't quite manage a full post on. Or just didn't wanna. At the top of the list, Tucker Carlsonsnoozing on the set of Fox & Friends, because there's really not much more to say about it, other than "Hey, look at this professional teevee idjit sleeping on a couch!" Carlson's thoughts on the matter were limited to “Is this honestly live?” and "I was having these happy thoughts and I dozed off ... Is this honestly on TV?" There's probably a metaphor here, we think.  Stay in school, kids.

Thanks to all you tipsters! You guys rawk.