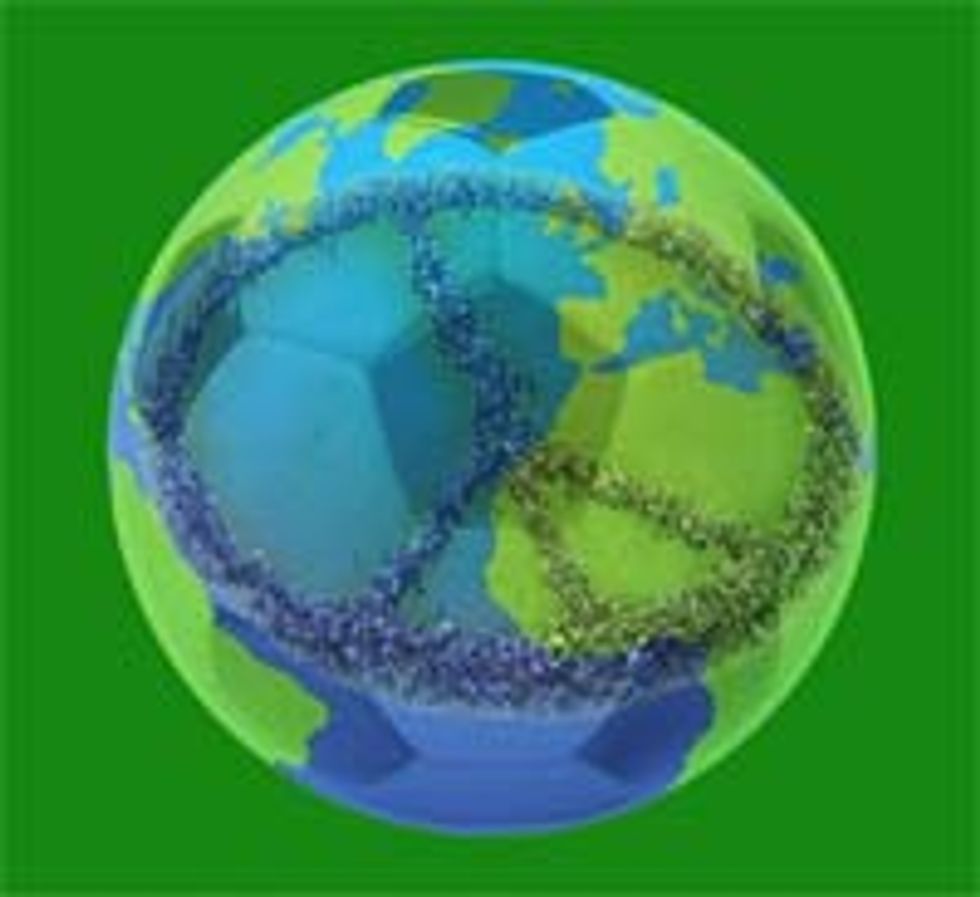 One of the greatest ideas the Web honchos for Fox News ever had was to basically rip off the classicFark PhotoShop contest and just have their mouth-breathing readership create terribly hacked together visual insanity about whatever vaguely newsworthy topic they can think of, under the punny label "Photo Op-inion." Today's topic was "World Cup Dream Teams," and since you all seem to have so many opinions about the intersection between soccer and conservatives, we though we'd share some of them with you. Like that peace symbol business to the right! Is that supposed to be pro- or anti-World Cup? You know how Fox News readers feel about hippie peaceniks! More horror, after the jump.

Look, here are all the world leaders' faces, grotesquely bit-mapped onto the heads of American soccer players! Do you think that this is a profound bit of political commentary, implying that, despite our political differences, we all ought to be on "one team" (Earth)? Or is the implication that political contention is a show for the masses, and all the leaders just take their orders from their "coach," Bill Clinton, president of the Bilderberg Group?

This seems more like Fox's speed, actually. Ha ha, all soccer players are blacks, or gays, or comedians (i.e., Jews), coached by Rod Blagojevich, for some reason.

Whoops! The homoerotic fantasy images were meant to go on the "special" pay-only site. Sorry for any sexual confusion you might have felt while viewing this.

Then the World Cup caused the entire globe to grow a giant plastic vagina, because it is a game for women, the end. (Not really, there are like ten more terrible pictures, click the clicky if you hate yourself as much as we do.) [Fox]