A Children's Treasury of Terrible 9/11 Art 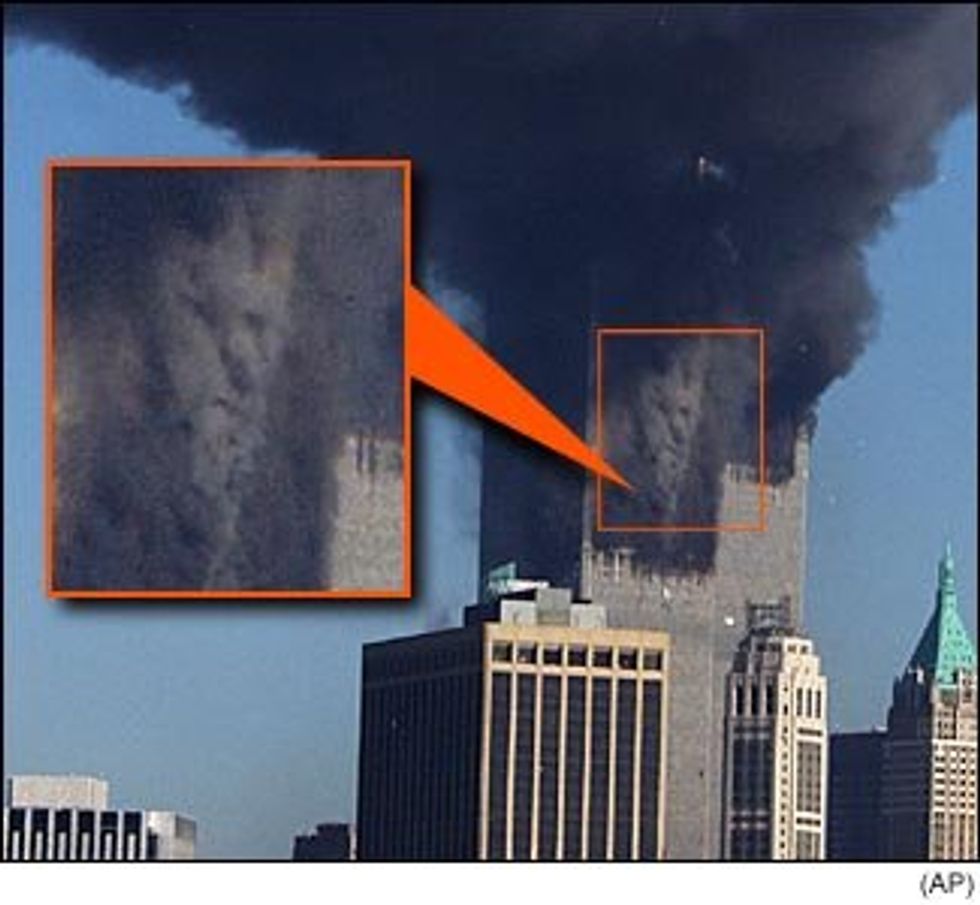 On this solemn day a half-dozen years ago, nearly 3,000 people were horribly killed so that Rudy Giuliani could earn a hundred million dollars and run for president of 9/11 and the most corrupt administration in American History could wage endless war around the world that has killed some 700,000 people while finally making energy and defense stocks the solid dividend payers favored by long-term investors. Also, "September the Eleventh" has inspired the most insipid, maudlin kitsch in the history of an already very kitschy nation, along with some truly stomach-turning old-fashioned American Huckersterism.

Next, if you thought passenger jets could be terrifying weapons, you'll truly be terrified by the giant winged baby monster:

While cynics will say 9/11 has been used primarily to justify a $500 billion occupation and destruction of a country that had absolutely nothing to do with 9/11, optimists will point out that 9/11 could also get you a dollar-twenty-nine bag of grease fries down at the Burger King, in Hilltop Plaza:

Okay, WTF? Is this what 9/11 is like in Second Life? Is a furry going to fuck Lady Liberty, and does she have four legs or something hidden in those shadows? Because she's obviously got some yiff scar on her left tit, maybe from a anthropomorphic fox with a 24-inch penis?

America is back, babies!