A Goofy Book For Obamatards 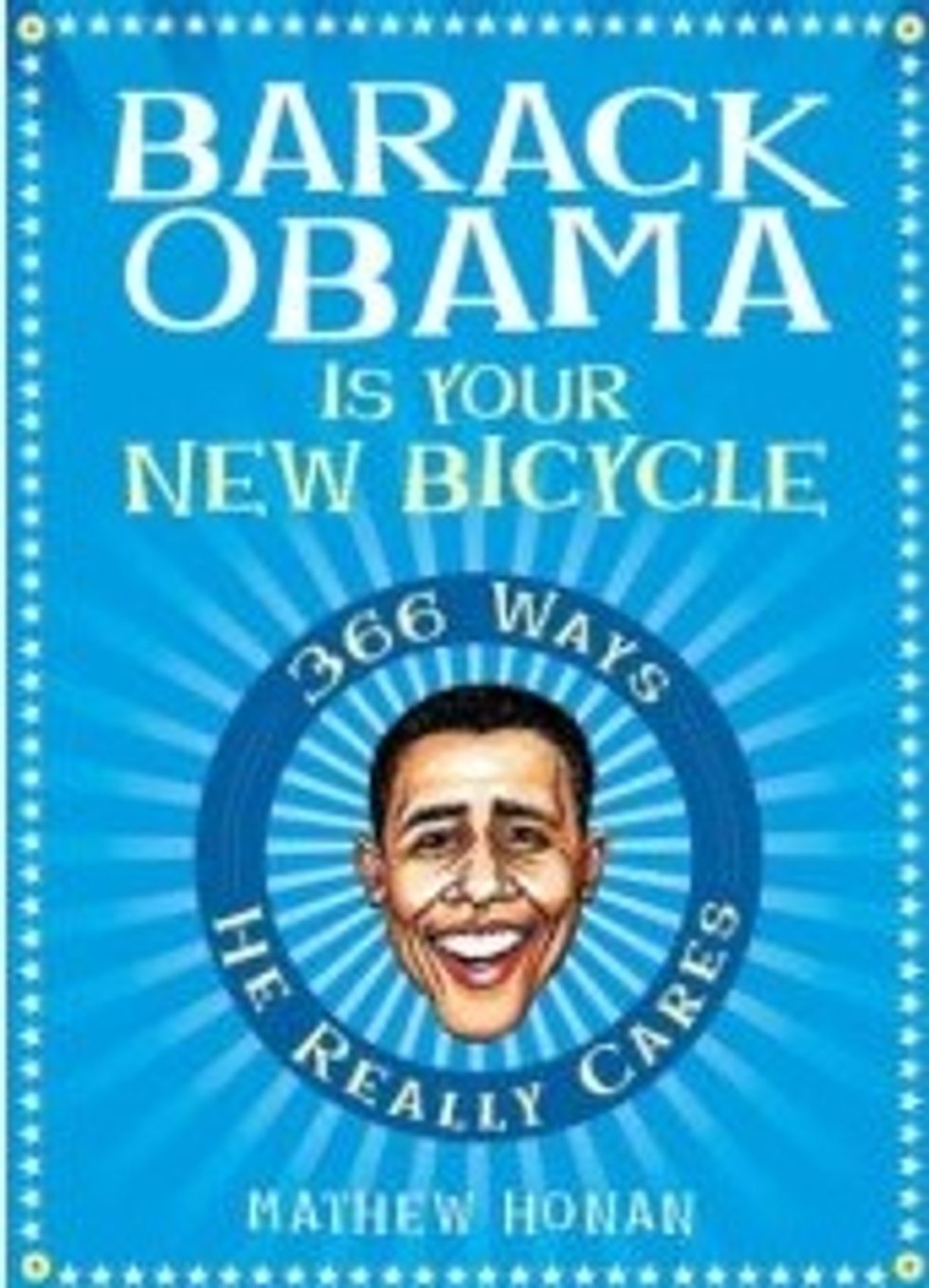 Sure, you may heart Barack Obama and want him to be president or whatever, but you probably have a friend or spouse or somebody who isridiculous about his/her lurve for St. Barack of Obama. We just got a copy of Mathew Honan's new book, Barack Obama Is Your New Bicycle, which is based on the goofy website of the same name, and which is a kind of perfect summary of how Certain People really love their President Barry a little too much.

The inspiration for all this was Honan's wife or girlfriend or somebody who, prior to constantly talking about how great Barack Obama is, was always talking about her previous fad/addiction, which was riding a bicycle.

"Barack Obama is your new bicycle," Honan told her, cruelly, and then ran off to write a quickie book. Here are some other things that Barack Obama has become for you and done for you, in your mind, according to this book: