A Modest Proposal: What If, Instead Of Eating Our Kids, WE JUST WROTE SOME DAMN CHECKS! 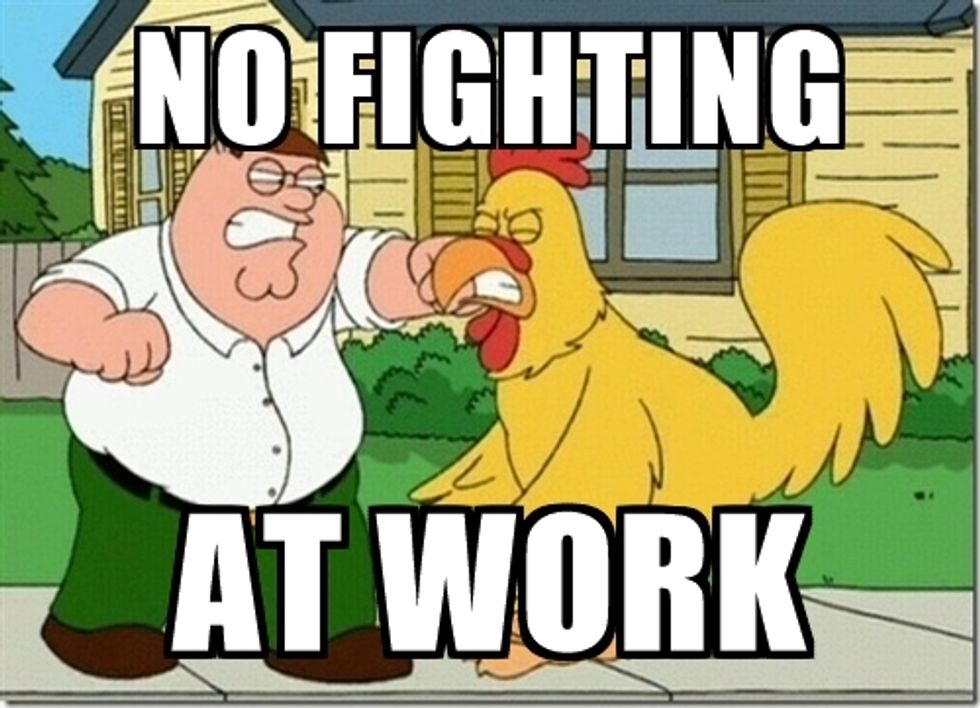 OH, THANK HEAVEN! It's another piece on the Trump voters in rural America. The forgotten man, in a depopulated town of just plain folks. They've never lost their old fashioned values, although their opioid addiction rate tops that of many big cities. But now they have hope, with a man in the White House who will stick up for them and their way of life. Surely the jobs in the factory/mine/plant will come back now, and if they don't, those dirty Democrats are to blame.

Today the Washington Post has an interview with Annette Sweeney, a woman who raises cattle and grows corn in Iowa. Sweeney sells a product which is objectively bad for the planet. Eating red meat is associated with shorter life spans, heart disease, and cancer. It also pollutes the air and waterways, requiring 28 times more land than pork or chicken, and increases the danger from antibiotic-resistant bacteria. Your Five Dollar Feminist is no vegetarian -- she'll be serving a gorgeous rib roast for New Year's Eve! But at least she's not out there pretending that this selfish indulgence is some kind of moral victory.

Incredibly, Sweeney said, Obama’s Agriculture Department even started pushing “Meatless Mondays,” an insult to Iowa’s pork, beef and chicken producers. “I will eat more meat on Monday to compensate for stupid USDA recommendation abt a meatless Monday,” Iowa Sen. Charles E. Grassley (R) tweeted in response. Meatless Mondays felt like a “slap in the face” to Sweeney, who has this bumper sticker on her Buick: “EAT BEEF: The West Wasn’t Won on Salad.”

Get it? Because no limp-wristed vegetarian would have had the strength to ethnically cleanse the country of all its native inhabitants. HAW HAW.

Sweeney is ever so grateful to POTUS for killing the Waters of the US (WOTUS) Act. People in Iowa have been letting their animal waste run off into the waterways for generations. Who the hell is the government to come in and tell them to knock if off and quit polluting the water table! That's just job-killing liberal hokum, and if people have to drink pigshit so Iowa farmers can make a living, so be it.

"Now we have someone we can call," said Sweeney. Although she didn't mention who might be left at the hollowed out USDA to answer the phone. She'd also like Trump to leave NAFTA alone, thankyouverymuch, since Iowa needs the Mexicans to buy its corn.

Imagine the sheer force of will it takes this woman to call herself a victim! She grows subsidized corn, shifts the cost of polluting the water onto someone else, and is protected by a powerful senator and the early Iowa caucuses. But somehow, she's the one under siege. It boggles the mind!

Meanwhile, the GOP is gearing up to cut Medicare, Medicaid and food stamps, because "we can't afford it." They haven't reauthorized CHIP funding, which provides healthcare for 9 million American kids. And they just wrote a trillion dollar check to the richest people in America.

CAN WE JUST CUT THE SHIT ALREADY! There are never again going to be enough jobs for all Americans. Full employment is never coming back. Donald Trump promised a renaissance of coal and manufacturing jobs, but no one really believed him. All we're talking about is whose jobs are going to be subsidized. Are we going to pay FoxConn to build a factory in Wisconsin, are we going to allow coal companies to externalize all their environmental costs, or are we going to close our markets and force consumers to pay more to prop up local producers? Because the question isn't "Will we have welfare queens?" it's "To whom should we make out the check?"

You'll forgive us being blunt. But how many stories of people digging for roots in the fucking holler while waiting for their disability checks do we need before we wake the fuck up? We need a universal basic income in this country. Maybe more than we need universal healthcare. We are tearing ourselves apart fighting for the scraps while throwing money at the "job creators" and hoping it will magically turn back the clock to a time when there were enough jobs for us all.

ENOUGH! Because we're not really talking about Trump voters here. We're talking about who is worthy of support, and who we're going to let starve. Mrs. Sweeney was born into a job, and she thinks she's entitled to welfare so she can keep it. But brown kids in the city aren't that lucky. And it's long past time we stop all this stupid squabbling about whose fault it was that Donald Trump happened in 2016 and get our shit together. We already have a case study in just writing people checks -- we call it Alaska.

Universal Basic Income. Everybody in. Nobody out. NOW.

Please click to fund us! We love you, Wonkers!