A New Batch of Ron Paul Newsletters for Your Reading Horror 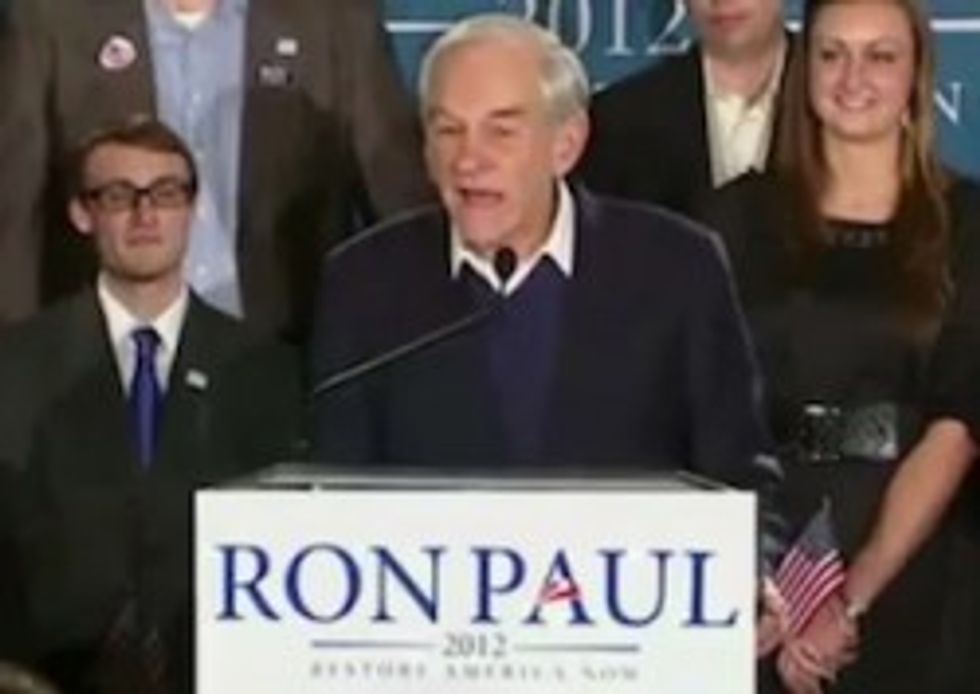 The New Republic unleashed a new selection of newsletters Tuesday allegedly penned by Republican candidate Ron Paul, and they are just as bad (or maybe worse!) than the first. The congressman recently said of the first batch that "only 8 to 10 sentences" contained "bad stuff." Not true, but if it were, he'd have a hard time keeping to that estimate with this batch, in which entire paragraphs can be written off as verbal diarrhea of the most racist, sexist and otherwise close-minded variety. If there's any question as to who authored the stuff, Paul could just come out and say so. As it stands, most are under the impression that either Paul, or his former chief of staff Lew Rockwell masquerading as Paul, is the author. Paul may want America to be free, but the "America" he is/was speaking of is very small, very white, and needs to see a psychiatrist.

Some "highlights" from the current crop:

Lots more (with links to the offending newsletters) here, unfortunately. [The New Republic]