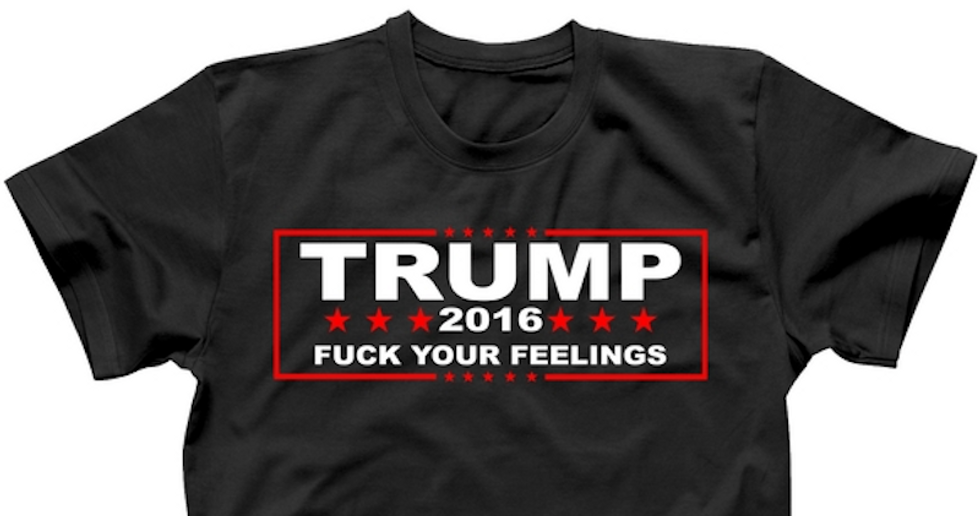 Once again, our Porcelain President has had his feelings hurt by mean comedians, and is tweeting about it. Only this time, he is demanding "Equal Time" on Late Night shows.

Who ever would have thought that being the president would result in Late Night shows making jokes about you?

It's so strange that Trump is so very upset about people making jokes about him. What? Is he some kind of snowflake? Are we supposed to worry that he is OFFENDED?

*Applies only to women and minorities.

Probably he doesn't even like LENNY BRUCE and GEORGE CARLIN! Isn't it supposed to be hilarious when people are offended? Isn't that the most funniest thing on earth? I thought that now, with Trump in office, no one's feelings mattered anymore? Wasn't that the whole point of electing him? So that people could say offensive things with zero social repercussions?

Equal Time, of course, does not mean that if Stephen Colbert wants to make a joke about you, he then has to follow that up by complimenting your hair and telling you you're pretty. It actually means that candidates who are running for office must be allowed the option of having the same amount of appearances on a television or radio station. So like, if a television station were to give one candidate an hour of prime time to make their case, they also have to allow their opposing candidate the option of also having an hour of prime time on their station. It does not apply to sitting politicians.

Not that this would apply to jokes, however, unless he wanted to institute a law that he was free to swing by Jimmy Kimmel to say "Sock it to me!" any time he liked.