A Wonkette Farewell To Joe Lieberman, With Traditional Advice Re: Door, Ass 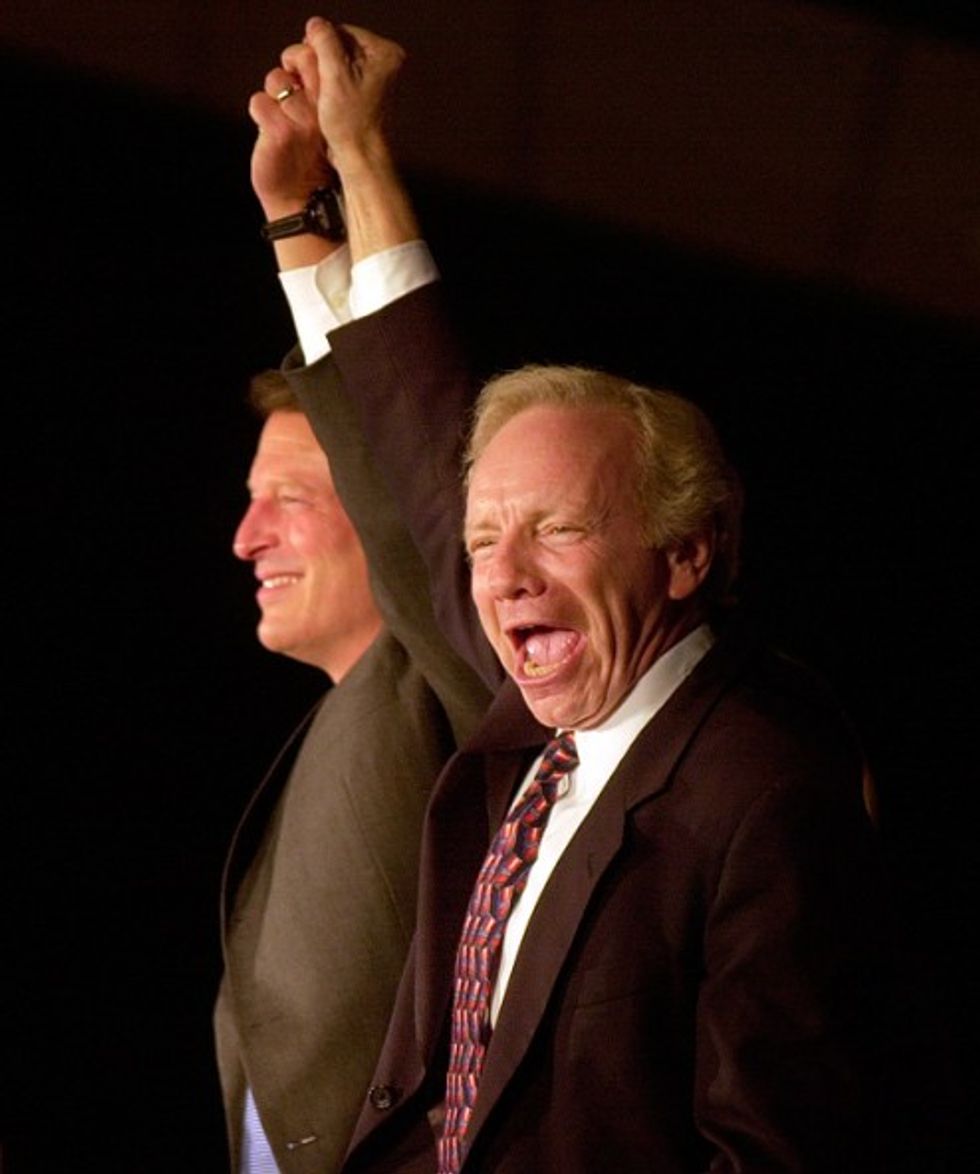 Lo, Wonkettians, the day you have either neither dreaded nor anticipated, but instead have felt a collective "meh?" about has finally arrived. Yes, the not-at-all-beloved Joe Lieberman, America's droopiest senator, after announcing close to two years ago that he would leave the Senate after the 2012 elections, has thank god finally left the Senate. Let's visit that not-even-remotely-fateful day when Droopy announced his leave-taking, complete with whining about how hard it is out there for a nonpartisan:

Along the way, I have not always fit comfortably into conventional political boxes—Democrat or Republican, liberal or conservative. I have always thought that my first responsibility is not to serve a political party but to serve my constituents, my state, and my country, and then to work across party lines to make sure good things get done for them. Whatever the partisan or policy differences that divide us, they are much less important than the shared values and dreams that unite us and that require us to work together to make progress for all. To me, that is what public service and leadership is all about.

Blah blah blah. Non-smokin' Joe's goodbye announcement also listed some of his grandchildren, but only those who were able to attend his retirement announcement. Screw you, other grandkids!

With neither heavy nor light heart, we listened to Joe's farewell speech to the Senate yesterday (TOTAL LIE. We just read short articles about it because the Editrix does not pay us enough to listen to Joe Lieberman for 20 minutes. We've embedded the whole thing for you up top. Have at it, masochists.) Apparently none of his colleagues wanted to listen to Joe either:

With only a few of his Senate colleagues in attendance and the gallery sparsely filled, Mr. Lieberman, 70, expressed gratitude for the opportunity he had to serve, and then vividly recalled how much the world had changed since he was sworn in on Jan. 3, 1989.

Oh guess what he also yammered on again about being nonpartisan or bipartisan or something.

Now that Joe is shaking the dust from his feet and leaving the Senate, it is time for Wonkette to look back at his least boring moments NOW WITH PICTURES.

OK actually we are not sure if he is laughing or crying there, but nonetheless!! What about his exciting run for the Democratic presidential nomination in 2004? Admit it you do not remember that at all even a little bit. Let us refresh your memories: he invented his own catchphrase:

Writing off speculation that he may make a poor showing in New Hampshire and drop out of the race, Lieberman told CNN's Late Edition with Wolf Blitzer that his campaign is picking up, as he put it, "Joementum."

It wasn't all sad panda for Joe, though. He found joy in his deep manlove for Republicans, all in the name of, you guessed it, bipartisanship. Who can forget his embrace, literal and figurative, of Dubya?

Or his deep, abiding, ongoing love for John McCain, a love that will transcend time:

You know the rest, people. There was the decision to be an independent (BECAUSE BIPARTISANSHIP. PAY ATTENTION) and the endlessly boring, but ultimately victorious, run against Ned Lamont in 2006. There were the predictable attempts to threaten Democrats with defection:

What might get him to change his tune?: If the Dems seek to enforce party discipline (heavens forbid!) or if the GOP offeres to keep him as a committee chairman and respect his seniority.

Lieberman added: "I am going to Washington beholden to no political group except the people of Connecticut and, of course, my conscience."

Joe's finest moment (if by finest you mean "most pathetic attempt at attention-seeking relevance ever) was his thrilling aisle-crossing (BIPARTISAN 4EVER!) to support John McCain in the 2008 elections:

Lieberman, who ran for vice president in 2000 alongside Al Gore, said McCain possessed the greatest ability to break gridlock in Washington.

Yes, Joe was a tireless force for faux-bipartisanism, petulance, and drooping. His farewell has been endless and boring. We will not miss him, because we will probably not remember him after about a month or so.