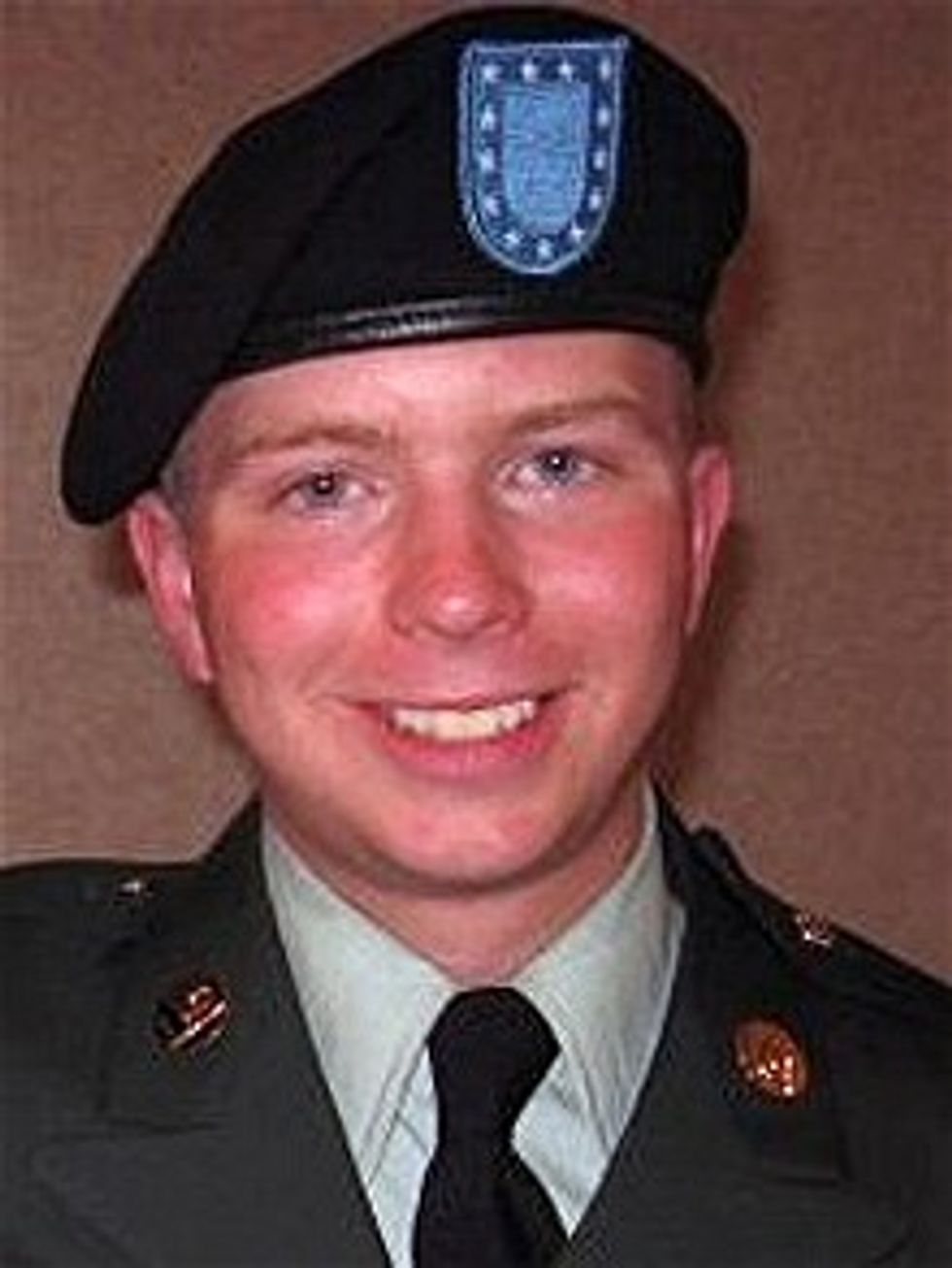 Glenn Greenwald scoop! It turns out accused WikiLeak Army guy Bradley Manning has been rotting in solitary confinement for five months in the Marine brig in Quantico, Virginia, and hasn't yet been brought to trial. Greenwald says this is very torturey, but what is the U.S. supposed to do? Let him move freely among the other military prisoners and implant them with KNOWLEDGE BOMBS? As punishment for maybe, ALLEGEDLY, giving all of Hillary Clinton's gossip to some weirdo Australian, the military keeps him cooped up in that box for 23 hours a day and denies him a pillow and blanket, without access to so much as a Snuggie or Contour Leg Pillow. And then Obama, who's letting this disgusting stuff all go on, AGAINST the advice of Morgan Freeman, comes in wearing his Batman costume to ask questions about the knowledge bombs.

From the beginning of his detention, Manning has been held in intensive solitary confinement. For 23 out of 24 hours every day -- for seven straight months and counting -- he sits completely alone in his cell. Even inside his cell, his activities are heavily restricted; he's barred even from exercising and is under constant surveillance to enforce those restrictions. For reasons that appear completely punitive, he's being denied many of the most basic attributes of civilized imprisonment, including even a pillow or sheets for his bed (he is not and never has been on suicide watch). For the one hour per day when he is freed from this isolation, he is barred from accessing any news or current events programs.

So, tragically, he has not been able to witness Gawker's speculating on whether he is a transsexual. But he must love gossip! Have you seen the WikiLeaks he put out?

Glenn Greenwald uses the rest of the piece to argue that this is torture, in part because John McCain once said solitary confinement crushed his spirit, which is why that man is susceptible to bouts of not having a soul.

Anyway: Though it's nice that the military lets him have visitors and get out for an hour each day, this is pretty awful, the way he is being treated -- torture or not. (We need to go back to the days when Andy Griffith personally put each and every one of our prisoners in a roomy jail cell and never attempted to destroy their brains.) But perhaps we can turn this fellow American into an non-human super-gossiper cyborg that can spy on every supply closet at the UN simultaneously. [Salon]