ACLU Tries to Spoil Dumb Fad Of Sex-Segregated Schools, For the Kids 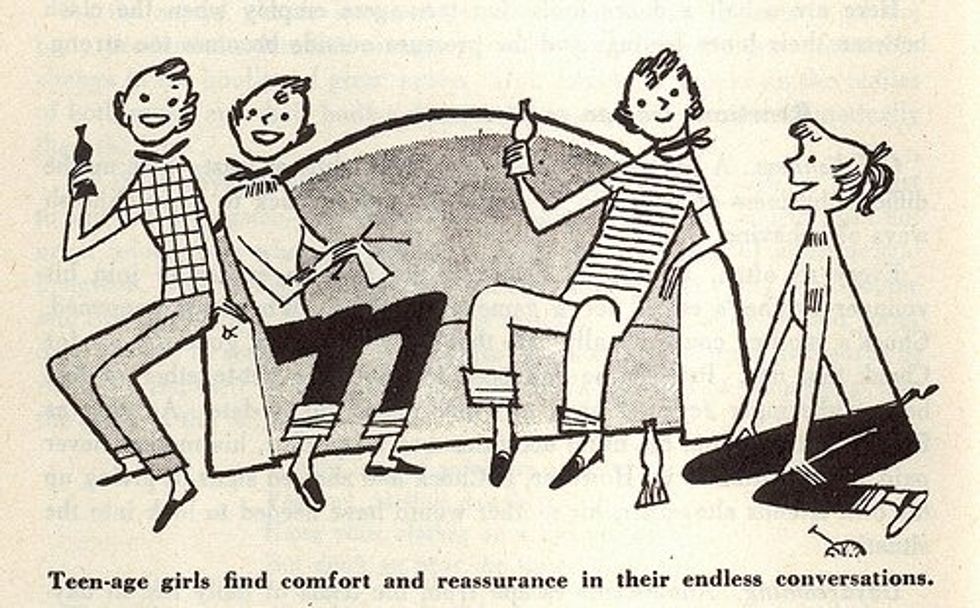 Well, darn thoseradical feminists at the ACLU, they are interfering with what appears to be the educational fad du jour, sex-segregated classes. While we remember some of the "Oh Noes, Feminism is a War Against Boys" nonsense from a decade ago, and there's no end of whining about the alleged excesses of feminism, we somehow weren't really aware that some public schools are actually having segregated classes for boys and girls. (We thought it was limited to that one afternoon in fifth grade when the girls watched a movie and the boys went to the playground. Jesus we're old.) So anyway, the ACLU has filed a complaint asking the U.S. Department of Education to investigate two schools in Alabama and Idaho. And all because the ACLU is a bunch of whiners who think that programs some people really like should be ended merely because they're just a little "discriminatory and maybe illegal" and "based on pseudoscience." Talk about picky!

Just look at the crazy rationale for the complaint:

“We understand that teachers and parents want to provide the best education for their children. But coeducation was never the problem with failing schools, and single-sex programs are not the answer,” said Christina Brandt-Young, attorney with the ACLU Women’s Rights Project. “These programs are poorly designed and based on pseudoscience and stereotypes that do nothing to enhance learning, and only reinforce discredited ideas about how boys and girls behave.”

How could anyone object to the sound scientific grounding of the program in Middleton, ID?

the single-sex program has been in place since 2006, and draws on stereotypes that men are active and independent while women are passive and dependent. The school plans the boys’ day to include exercise and movement, while the girls are provided with a “quieter environment.”

Boys are seated shoulder-to-shoulder while girls are seated face-to-face on the theory that girls are more cooperative while boys are more competitive and should not be forced to make eye contact. The program calls for “large amounts of explanation for assignments” for girls and “limited teacher explanation” for boys. Boys are permitted to play and exercise while girls must maintain a “quiet environment.” The school put out a call for “male role models” for the boys out of concern that too many female teachers contributed to a perceived difficulty in teaching boys. No such request was made for female role models.

Well, DUH, as we have already established, ever since Marlo Thomas made Free To Be...You and Me in 1971, schools have been nothing but a male-suppression industry! So obviously there are plenty of -- maybe too many! -- role models for girls. Who also, it should be noted, have their very own all-pink aisle in Toys R Us.

In the Alabama school,

students are separated by sex for all classes, even during lunch. Instructions for teaching boys call for stressing “heroic” behavior that shows what it means to “be a man.” The school relied on a book that teaches that boys are better than girls in math because their bodies receive daily surges of testosterone, while girls have similar skills only “a few days per month” when they experience “increased estrogen during the menstrual cycle.”

Well, for heaven's sake, if that isn't science, then what is, we ask you? It was in a book, what more do you ACLU radicals want? Next, you'll be saying crazy stuff about women being able to do math or something!

Check out Wonkette on Facebook and Twitter, and if you can control your hormones long enough to read 140 characters, Doktor Zoom is on Twitter, also, too.