Activist Judge Tells California They Can't Murder People How Is That Even Fair? 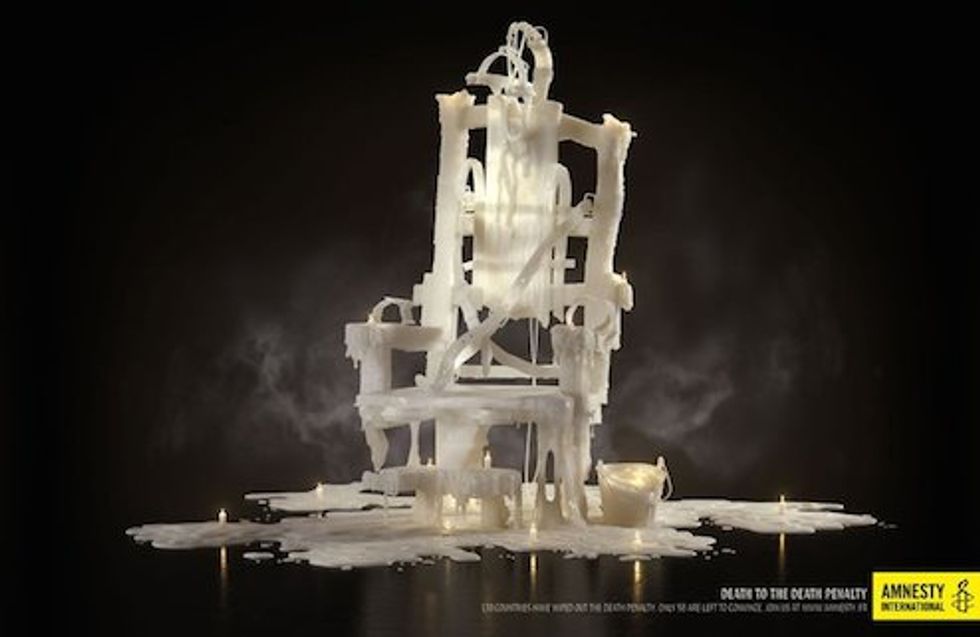 This news seems to have dropped late enough on Wednesday night that our Twitter feed had not yet turned into a seething morass of conservative teeth-gnashing about the rule of law, but we expect that will have changed by the time you read this: a federal judge in the state of California has ruled that state's death penalty scheme unconstitutional, in large part because of the lengthy and arbitrary delays. Cue so much derpy-har-har about how they can't believe that what's unconstitutional about the death penalty is people don't die! Chuckle, mumble, burp, stare, sulk. But for real, that's one of the big reasons, and it's totally legit. Let's lawsplain.

Before we dive in, let us provide you with our usual reminder when we discuss the death penalty: yes, what this particular inmate who brought this lawsuit, Ernest Jones, did was fucking awful, like rape and murder awful. And we think Ernest Jones should die in prison, for sure. We just don't think that the state could kill people. These thoughts are completely compatible with one another. Weird, huh?

So in California, like many other states, there are a relatively high amount (900) of people that have been sentenced to death in the last 35 years or so, but only a tiny fraction (13, in California's case) have actually been executed. Most people just sit on death row for 20+ years instead. Why is this bad, constitutionality-wise? Because it's arbitrary and capricious. You could die, you could not die. Who can say, really?

[U.S. District Judge Cormac J.] Carney said the state’s death penalty has created long delays and uncertainty for inmates, most of whom will never be executed. [...]

Carney, an appointee of former President George W. Bush, said the delays have created a “system in which arbitrary factors, rather than legitimate ones like the nature of the crime or the date of the death sentence, determine whether an individual will actually be executed,” Carney said.

Let's face it. We're pretty into the death penalty getting tossed, but we're SUPER into it getting tossed by a GWB appointee. We will drink the tears of wingnut rage, for they will floweth endlessly.

The judge went on to point out that any of the possible reasons we ostensibly kill people -- retribution, deterrence, whatever -- are pretty much rendered moot by the whole sitting on death row forever thing.

The “random few” who will be executed “will have languished for so long on Death Row that their execution will serve no retributive or deterrent purpose and will be arbitrary,” Carney said.

The decision can be appealed to the 9th Circuit, but thus far California Attorney General Kamala Harris hasn't stated whether the state will appeal. Let's hope Harris just lets this case die a natural death. (Sorry, we couldn't resist.)