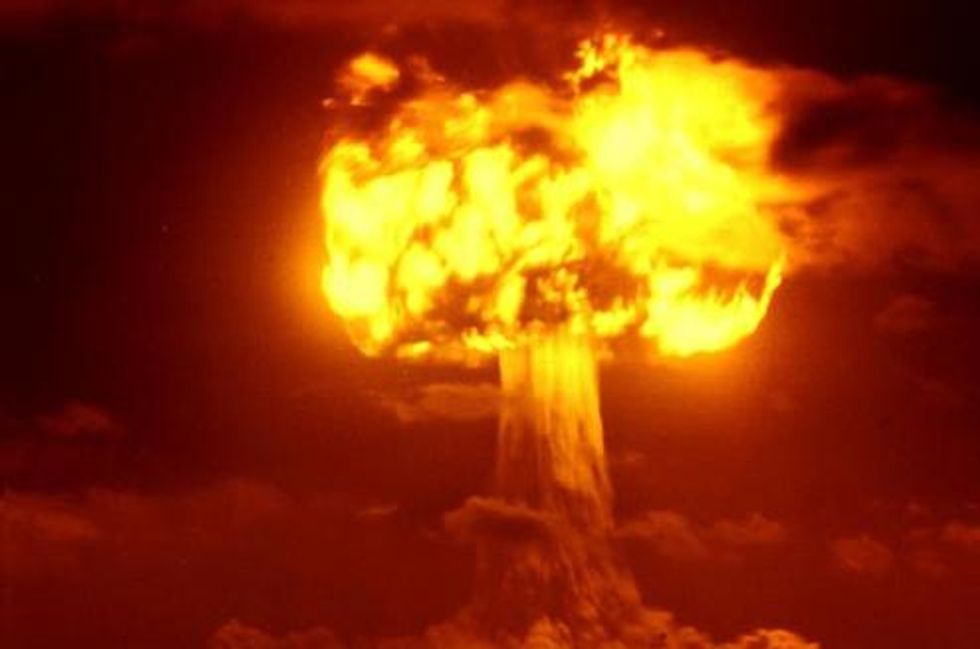 BLAM. You hear that? That's both the sound of a liebrul activist judge dropping a big old gay gavel and the sound of one million wingnut heads asplodin'. Yes, a federal district court judge in Utah -- WE SAID UTAH, PEOPLE -- has struck down that state's same-sex marriage ban, even though it was well-loved by voters and passed with a 66% referendum majority back in 2004.

The State’s current laws deny its gay and lesbian citizens their fundamental right to marry and, in so doing, demeans the dignity of these same-sex couples for no rational reason. Accordingly, the court finds that these laws are unconstitutional.

Salt Lake City wasted no time and is already issuing same-sex marriage licenses. Looks like someone in the clerk's office gonna find themselves #inpeached.

Cue super duper extra extreme with a cherry on top wingnut whinging because Shelby is an Obama appointee.

We're not gonna go too lawsplainy on this thing because it is 5 o'clock on a Friday and there is no earthly reason for there to be this big a story at this hour and there's no way in hell we're going to make it through all 53 pages of this decision in any sort of timely fashion. What you really really want to know is this: Shelby just gave a ginormous judicial middle finger to the concept of getting to vote on people's fundamental rights.

Does he keep that middle finger up when addressing the perennially stupid argument that marriage is for baby-makin' and the gays can't make babies because they ain't got the right parts? Oh hell yes he does.

The court does not find the State’s argument compelling because, however persuasive the ability to procreate might be in the context of a particular religious perspective, it is not a defining characteristic of conjugal relationships from a legal and constitutional point of view. The State’s position demeans the dignity not just of same-sex couples, but of the many opposite- sex couples who are unable to reproduce or who choose not to have children. Under the State’s reasoning, a post-menopausal woman or infertile man does not have a fundamental right to marry because she or he does not have the capacity to procreate.

Judge Robert Shelby, we've never loved a man more than we love you right now, because you are going HARD on this. He also tackles the idea that the best fambly is the mommy-daddy-kid fambly:

In other words, if you care about kids, you can't grumblemumble about how the best thing for kids is to be raised by intact families but then by definition make same-sex couples with kids un-intact families. Suck it, Utah.

Will teh gheys wreck marriage by making it so that their big gay marriages make god-fearing straight people no longer want to get married? Naw mang, says the judge.

And we are done, son. There are no more nonsense arguments to pull out of your ass about what how gay marriage will wreck everything.

Look, we know that this is the first step in a long slog, and this thing will go up to the Tenth Circuit and possibly even the Supremes, and there will be SO MUCH CONSERVATIVE BUTTHURT along the way, but for now, let's do a happy little dance. Along with the Seventh Circuit upholding the injunction against the nonsense law that required abortion doctors to have admitting privileges at nearby hospitals, today is a damn good day to be an abortion-loving homo-hugging liebrul.