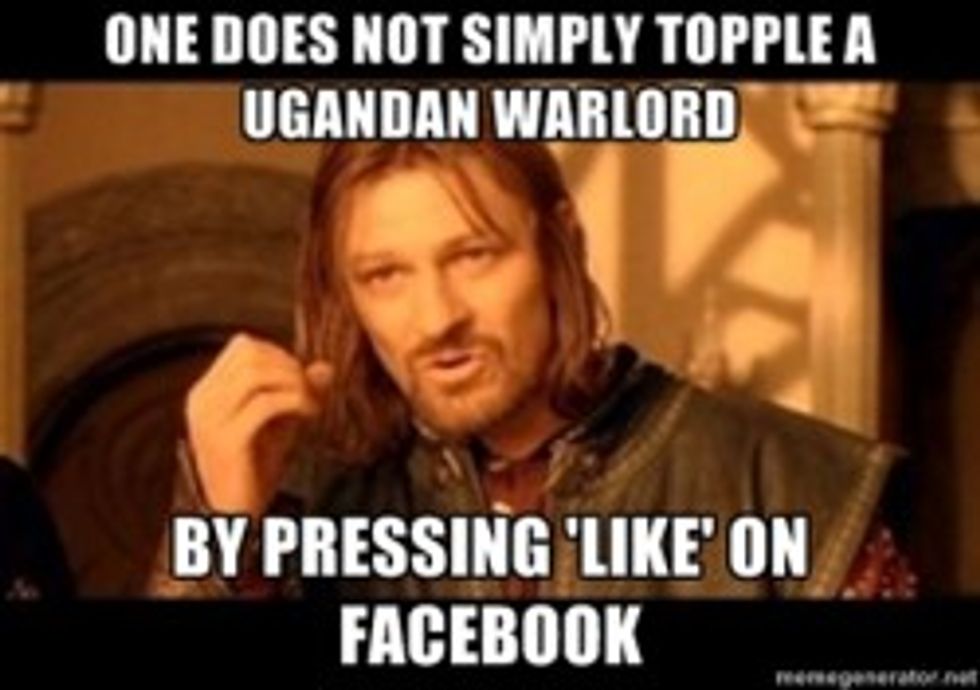 Since this is a politics blog, I, Kid Zoom, your Teen Korner for Teenz president (and sole member), have decided to write something about politics this week. We teenz tend to put pretty much everything else in our lives first. As a perfect example of this, I was planning on using this for my THIRD column, but instead,a friend came out to me, some jackass prank called a bomb threat, and I broke Mrs. Kid’s heart but not really. So basically to answer your question "Kid, how do the teenz feel about politics?' the answer is Facebook. (THE ANSWER IS ALWAYS FACEBOOK.)

Facebook activism is basically the equivalent of that one wingnut-asshole or Libunatic in your Government 101 class that HAS to let everybody know why the communist/fascist government is going to kill/silence us all by taking away our guns/speech. If you are not privy to EVERY SINGLE THOUGHT AND THOUGHTLET going through his head, then you are missing out, big-time.

Step 1: Think of something political

Step 5: Do nothing to actually spread a message, or raise awareness, or solve a problem

IS THIS NOT ENOUGH FOR YOU PEOPLE? We try, SO HARD, to please you, but still you want us to actually “be informed” about whatever it is you care about so much. There is only so much we can do, right?

But hey, through this half-assed attempt to make a difference, we might actually get people talking. This usually only happens on a post from someone who has 10 billion friends due to a basic inability to turn down a request, and the “discussion” always consists of 10 decent people arguing with one Bastion o' Morality bitching about how gays are an abomination unto the lord, and I don’t like them because ICKY!!!! Or some shit like that.

Unfortunately, what mostly happens is somebody shares a picture that just ends up pissing everyone off. Everybody has “That One Friend” who believes that they will change the hearts and minds of all of their mistaken friends by informing them of the amazing picture that is just like all the others they have posted. Why they think this will have any effect WHATSOEVER is beyond me. All I know is that it’s the most useless pastime since drunken tossers drunkenly tossing dwarves.

“But wait, Kid Zoom, if you lazy teenz are too busy sexting and committing the felony of being on my lawn, where do you find the time to make these annoying poli-pics?” The answer to that is simple: Facebook pages! And not the classy kind, either. There are some sucky-ass Facebook pages out there. The jimmy rustlingest of all is "Abolish Human Abortion" (I would link, but I want to be kind to you nice people since you're buying my dad, and hence you are also buying me a new laptop. RIGHT, DAD?) These shitwits like to spend their time comparing abortion to the Holocaust and the Newtown Shootings, achieving little but pissing me the hell off. Seriously, your little gore-porn is not gonna be the sole deciding factor in preventing the construction of the Planned Parenthood Abortionplex.

But who am I to talk. I’m as guilty of this shit as the next guy. At least I’m doing SOMETHING, right?

Kid Zoom is a free-range high school sophomore from the wilds of Idaho. He is the spawn of Doktor Zoom. We pay him in tin whistles and penny candies