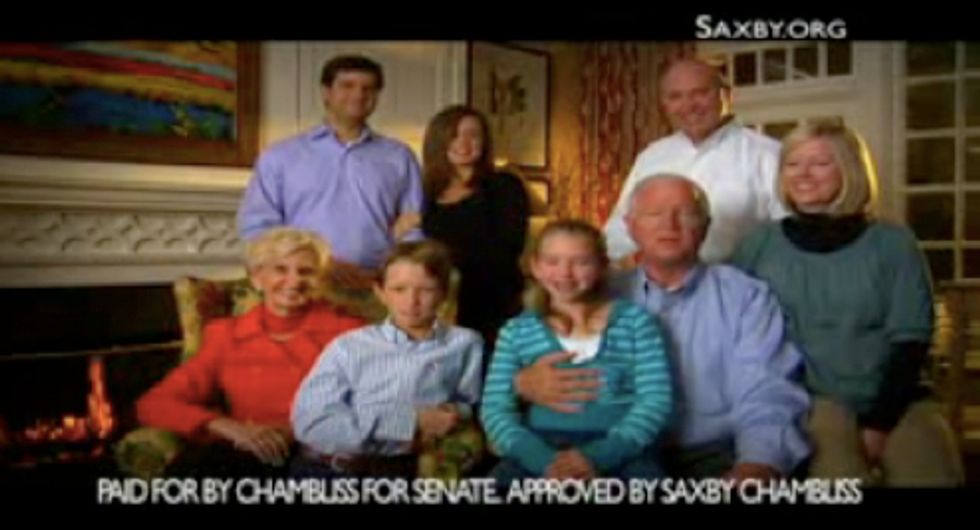 Ha ha, Jim Martin lost like a little gay baby, and now we know why Obama never campaigned in the state for him: his two-time Senate election losingness in the same election. "With 90 percent of the state’s precincts reporting in Tuesday’s runoff election, Mr. Chambliss had 59 percent of the vote, and his Democratic challenger, Jim Martin, had 41 percent." So this means that 2008 wasn't just a good year for Republicans, but thebest year. Now we will go back to never posting about dumb Saxby Chambliss, but if we have to, we'll always have the perfect boob-grabbing photo. [NYT]