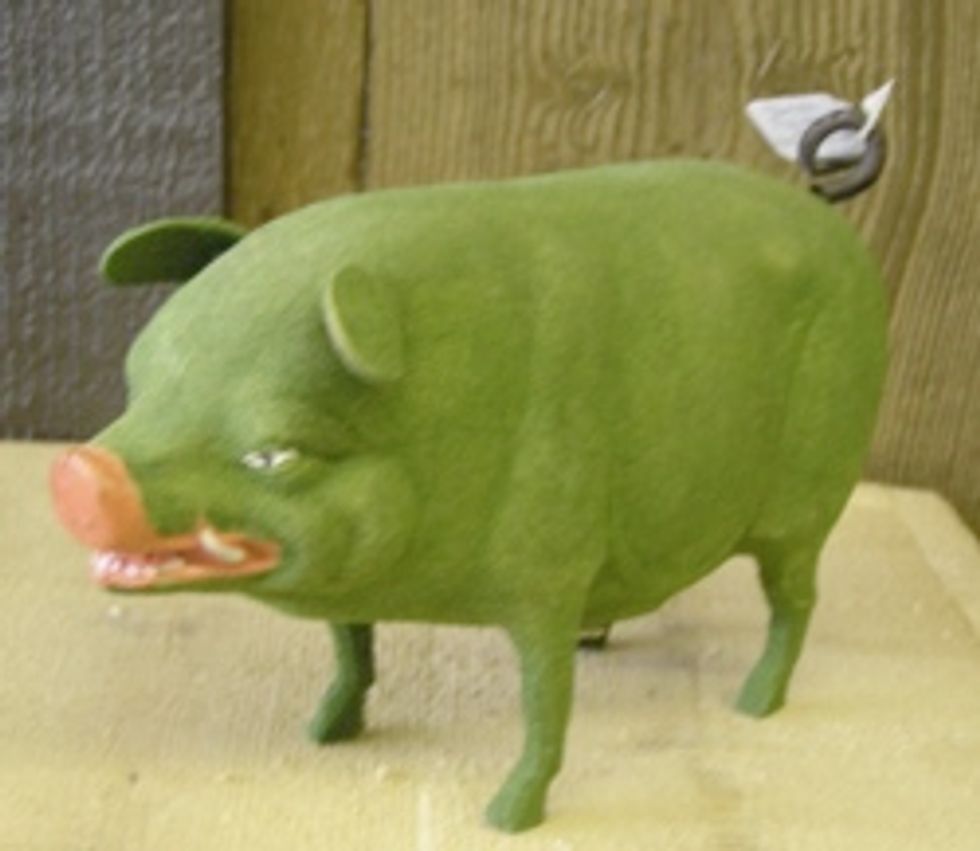 We should have known. We should have known thatBarack Obama would try to kill us via that Red Chinese nerd queer, the energy secretary "Choo Choo," who's so dumb and violent that he doesn't even know what oil is. This Energy Department aide of his went down to Mexico a couple of weeks ago to set the table for Obama's visit, and he just had to fuck a pig while he was there, and then he got the disease and tried to kill his whole family with it, in Maryland.

An Energy Department employee who was part of the security advance team for President Obama's recent trip to Mexico is suspected of having contracted the swine flu virus and transmitting it to his family in Anne Arundel County, the White House said today.

The man is on the staff of Energy Secretary Steven Chu, who traveled with Obama to Mexico on April 16. He is believed to have transmitted the highly contagious virus to his wife, son and nephew, press secretary Robert Gibbs said. The woman and young boys appear to be the three Anne Arundel County residents who, official said yesterday, have tested positive as "probable" victims of the virus.

And the band played on. But where in Anne Arundel County? The tiny hamlet of Severna Park, it so happens! Your editor went to school for many years in Severna Park, and, well, that place could use a bit of "cleansing," so maybe this could be a bit of a windfall. (DID YOU KNOW THAT PAT SAJAK LIVES IN SEVERNA PARK? IT'S TRUE.)

But that liar Robert Gibbs says Obama does not have the pig flu, even though he has been in the same room as Choo Choo's idiot minion. Obviously! Obama has the secret vaccine and will not release it to anyone else, *duh.*