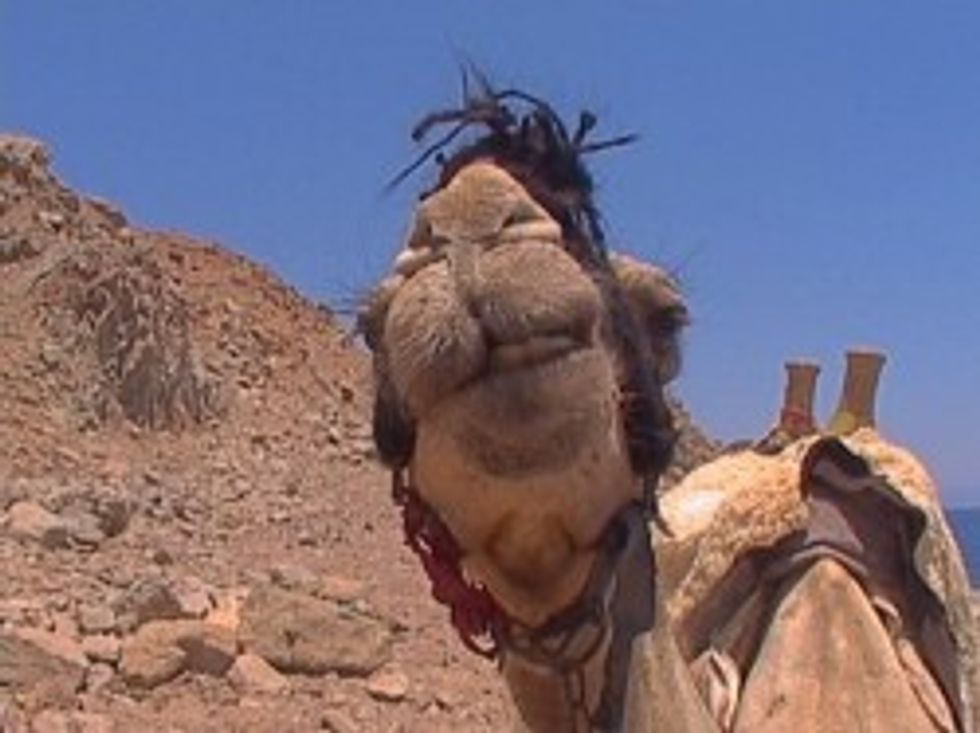 Somalia -- a scrappy, can-do failed state that is the platonic ideal for those who want to shrink government down to the size where they can drown it in the bathtub -- is not taking it lying down that the US has offered $7 million for the location of this dude Ahmed Abdi Aw-Mohamed and $5 million for a bunch of other similarly Arab-named folks. Nope, the Somali militants have gota little counter-offer they would like to make, and that is 10 camels in exchange for President Barack Hussein Obama. But that's not all! Call now, and they will throw in two camels for "the lady of Bill Clinton, the woman named Hillary Clinton," obviously because they are male chauvinist pigs.

How is it that the lady of Bill Clinton is worth only one-fifth of a man? That is even less than America's famous "black people are three-fifths of a person" compromise, which was found in our inerrant Constitution, handed down by Jesus to Joseph Smith at Mt. Zion, until people who hate God and the Constitution took it out, because they were liberal pussy effetes. How much less is one-fifth than three-fifths? It is one-third as much, or two-thirds less! (MATH.)

Hillary Clinton will now drone strike those motherfuckers, for feminism, because she had a hot flash. [CNN]