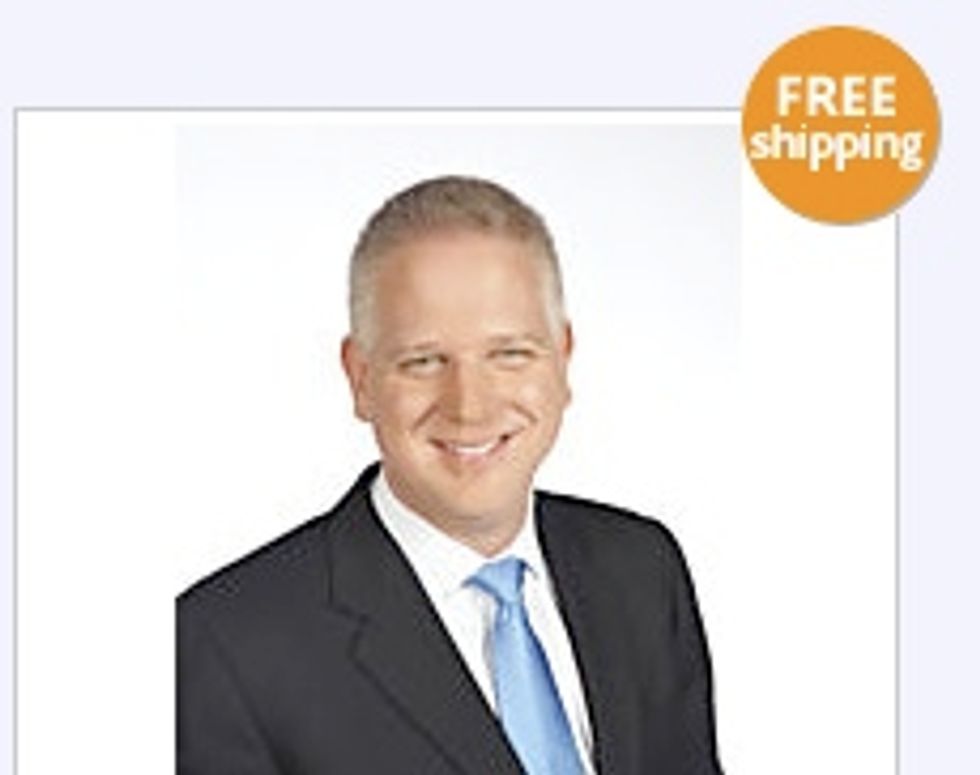 Vile behavior is usually rewarded by Idiot America (see"Michael Vick"), but there is finally some sort of financial penalty for being a repulsive screaming nutbag racist bag of clown shit on a national cable-news station owned by one of the world's biggest media companies: advertisers flee!

Big companies including Geico, Proctor & Gamble and Progressive Insurance have not only quit advertising on Glenn Beck's frothy-tard nightly dose of audio-visual excrement, they've told their ad buyers they won't even tolerate a commercial accidentally slipping into Glenn Beck's racist masturbatorium even by some cable-news accident of "fill in the empty ad slots with whatever's sitting around, for cheap." Hooray for Capitalism!

Another fun fact for your Friday: Fox News' star attraction, the racist fart-sack Glenn Beck, gets all of 2 million viewers, on a good day. So, next time you're about to weep for America again, have a refreshing iced tea or something instead, and enjoy the happy knowledge that less than 1% of Americans actually watch Glenn Beck. [MarketWatch]