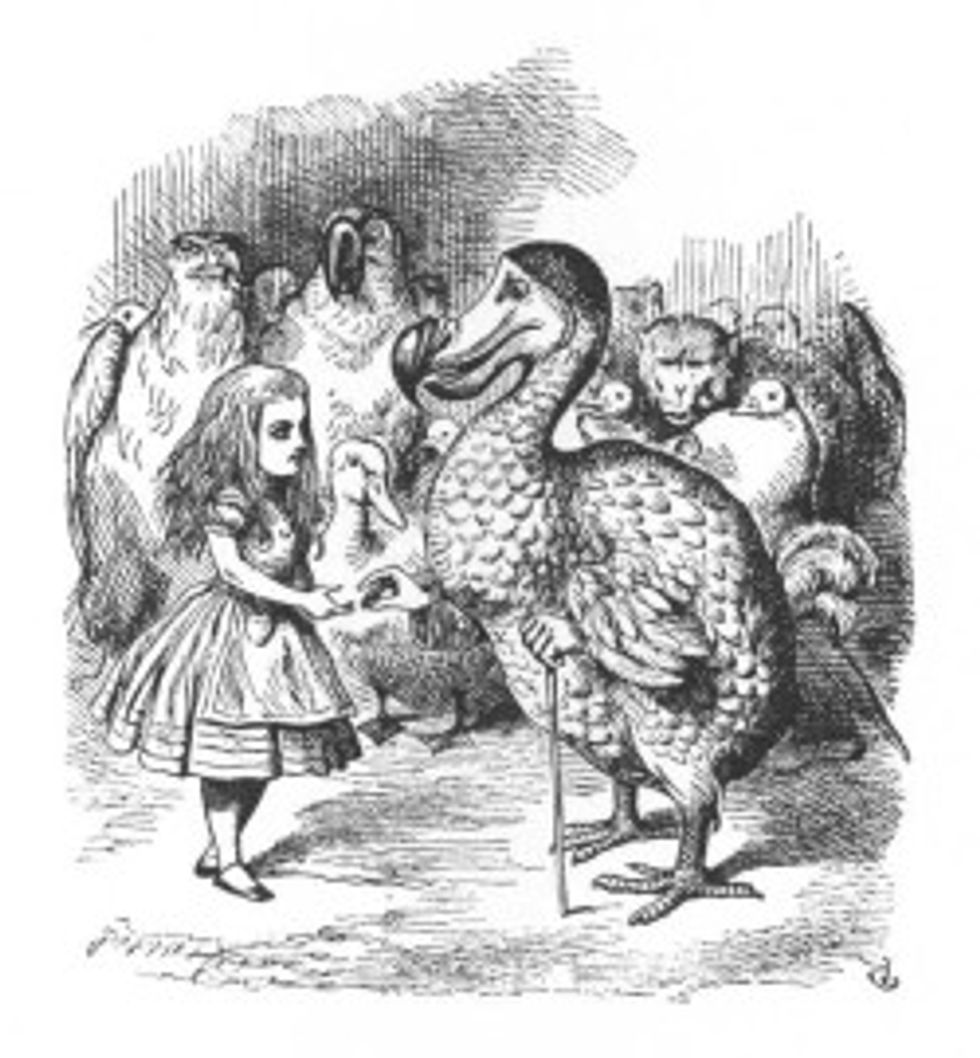 Let us kick off this long week of resisting the urge to cock-punch every conservative within a thousand-mile-radius with a quick summary of the absurd sights in our fair nation’s capital city on Sunday, where hundreds of dipwads gathered at the World War II memorial to protest it being closed due to a government shutdown that had been demanded, initiated and cheered on by these same dipwads and the febrile-brained poop gibbons they elected to represent them in Congress. Will you <headdesk> until your brain bears a striking resemblance to the lesion-festooned lump of Jell-O that resides within the skull of the average NFL veteran? Perhaps you should take a moment to fetch a nice soft pillow before you read on.

Yeah, it was a real mass of meshuggeneh out there, a diorama of derp. Everyone’s favorite senator, Saskatchewan Ted Cruz, put in an appearance, as did the Dipshit of Denali, who told the crowd, “We will not be timid in calling out any who would use our military, our vets, as pawns in a political game.” At which point Irony, already full up on Bloody Marys from brunch, crawled off to the nearest sports bar to get blackout hammered before the Redskins kickoff.

Also on hand to jabber with his mouth-hole was super lawyer Clarence Darrow Larry Klayman, piggybacking on the vets’ march in order to renew his recent call for Obama’s arrest on charges of being a president Larry Klayman doesn’t like. (Also, blah.) Larry delivered a real stemwinder to the riled-up crowd of idiots:

I call upon all of you to wage a second American nonviolent revolution, to use civil disobedience, and to demand that this president leave town, to get up, to put the Quran down, to get up off his knees, and to figuratively come out with his hands up.

Good thing Obama’s not a Jew or else Larry might really have a problem with him.

After that, the Tea Partiers took down the barricades, carried them down Pennsylvania Avenue, dumped them in front of the White House, and then stood around jeering for a while in a show of good old Amurcan pride that doubtless shook the Kenyan Usurper from the top of his turban down to the soles of his dressy Ramadan sandals.

Also some moron showed up to wave a Confederate flag, because hoisting the Stars and Bars in front of a house occupied by an African-American family is a really great way to convince the rest of the country of the righteousness of your cause. And under a table at Yankee Doodles, Irony briefly awoke from her Jager coma, vomited all over a congressional aide’s casual Sunday loafers, and passed out again.

Because these people are dumber than your average doorknob, House conservatives were calling this rally a “game changer,” at least according to Robert Costa of National Review (who real journalists tell us has been doing good reporting on the shutdown). The Tea Party seems to think this whole shebang gives them momentum going into this week, which we suppose is true in the sense that a rally like this is supposed to get your base fired up. Your Wonkette is much less convinced that the optics of a guy waving a Confederate flag in front of the White House at an event headlined by Sarah Palin and Ted Cruz (whose approval rating is somewhere south of the Ebola virus right now) will actually convince Harry Reid and Barack Obama to bow to any and all teabagger demands. But we're libtards.

One final note: as of press time we have not been able to find any stories identifying the Confederate flag-bearer. Which must mean he was an ACORN LaRouche OFA plant who has now been killed personally by George Soros to prevent him from being found out. It’s the only theory that really makes sense. In any case, Dead Breitbart would like to know what the big deal is anyway.