AIG CEO Upset At Being 'Lynched' By Taxpayers, With Words 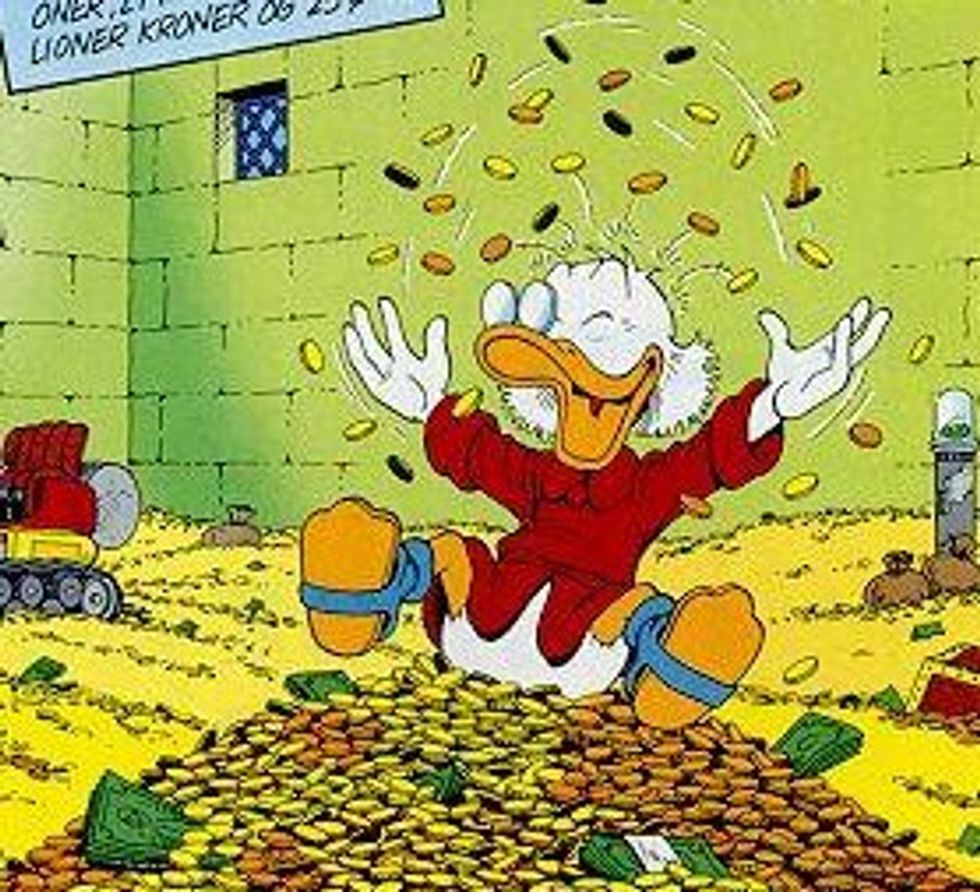 You know what’s hard? Being yelled at for being rich and kinda douchey. Sometimes, wittle fee-fees get boo-boos on them, ginormous egos might get an owwie, and the only thing to cushion the blow is millions of dollars to soak up the tears.

For Robert Benmosche, the CEO who took over AIG in 2008 after it helped crash the global economy and then got bailed out by taxpayers, the pain caused by public outrage over HUGE bonuses was more than just hurt feelings. There is only one historical analogy that is appropriate, per WaPo:

The uproar over bonuses "was intended to stir public anger, to get everybody out there with their pitchforks and their hangman nooses, and all that -- sort of like what we did in the Deep South [decades ago]. And I think it was just as bad and just as wrong."

Yes, we all remember how the KKK gave millions of dollars to all the black folks and then yelled at them for being so incredibly rich. It was a dark, shameful time in American history.

Let’s review what happened, shall we? Back in 2008, the American economy collapsed because many of the biggest banks on Wall Street had made uber-risky investments in sub-prime mortgages and other toxic assets, thus causing them to be severely over-leveraged related to capital on hand (yeah, you just got sucker-punched with KNOWLEDGE -- deal with it). Once this charade was exposed, the fundamentals of our economy were strong, if by strong, you mean that Wall Street was careening towards the most giantest economic collapse since the Great Depression. Fun times, bitches.

Anyway, this is when President Bush begged and pleaded with Congress for a $700 BILLION bailout of Wall Street, which ended up actually saving the U.S. economy from utter chaos and destruction. Back when Bush was there, they pretty much just sent huge piles of cash to Wall Street in bags with big “$$$” on the side, as in every cartoon you have ever seen.

CEOs distributed bonuses like it was Christmas and Uncle Sam was drunkenly passing around his checkbook. To be fair, many lower-level folks working at these firms who DID NOT cause the economic collapse had worked hard in a free market, and had contracts and whatnot, so whatever, they can have bonuses. However, the public was outraged at the excesses of many top folks at firms that had just tanked the economy. And the public yelled, and probably called them not-nice names like “Rich dickhole who took my tax dollars to pay for a goddam yacht motherfucker,” and such things.

As far as Yr Wonket can tell, no CEOs were physically harmed in the bailing out of companies, although bruises from swimming in money in a private residence, a la Scrooge McDuck, would not fall under workplace compensation laws.

But for rich asshats who were used to having their balls licked by the American Public for their ability to be rich asshats, this level of animosity was almost unbearable, as supermarket mogul John Catsimatidis laments:

It’s totally just like Nazi Germany, except rather than getting put on a train to a concentration camp, then led to death in gas chambers, you get a golden parachute. The Jews know just how you feel, man. Mazel tov on making it through in one piece.

Well, don’t despair too much, Glorious Readers. Despite some problems with the TARP program, and the ungrateful goatfuckers who gladly took money from us taxpayers, it did end up being a success. In December, 2012, Treasury sold its last remaining shares of AIG, making a cool $22.7 billion profit on it. Overall, the TARP program has been remarkably successful, proving that the government can operate efficiently in complex market environments while still maintaining the ability to benefit the American people.

The only solution to this is to repeal Obamacare. 43rd time is the charm!