AIG Honors Contracts Even If Nobody Else Will 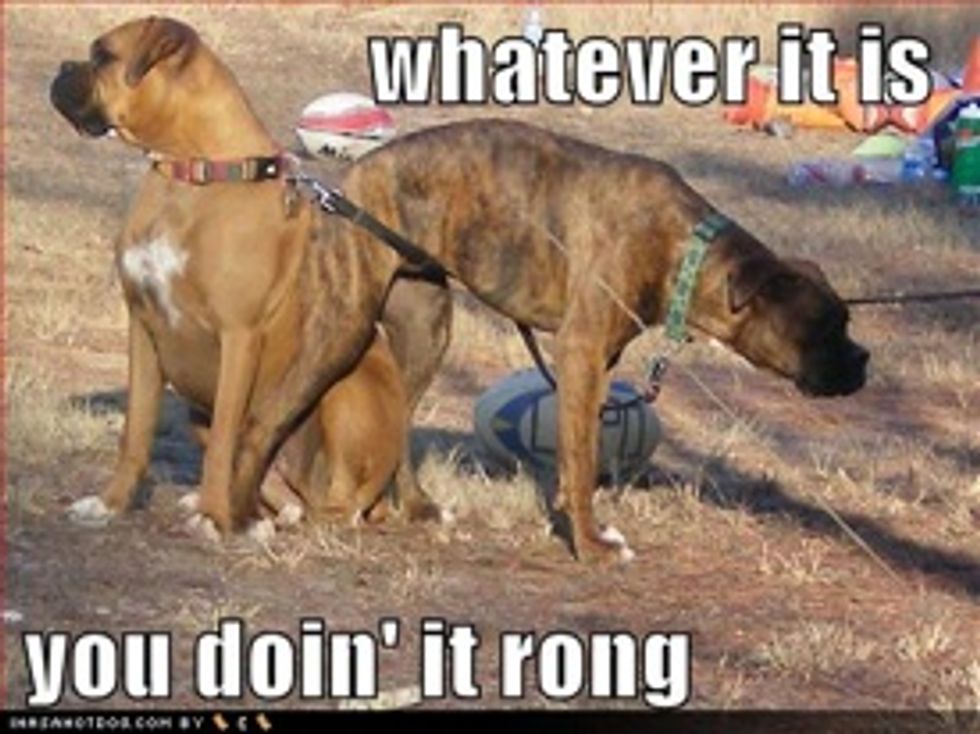 So when the news came out about AIG spending hundreds of millions of dollars on bonuses for the incredible losers who, in running one tiny tiny segment of a huge and otherwise very stable company, managed to completely destroy the whole company and indeed the entire global economy, AIG said, "Well obviously we cannot get out of paying these bonuses because of CONTRACTS." And it reminded us ofthis other time that AIG got caught spending a relatively small but nonetheless infuriating amount of taxpayer money on frivolous bullshit and started yelling CONTRACTS all over the place.

One side note: How sad it is that everybody is enraged over a mere $165 million in bonus money, because $165 million is just one tenth of one percent of the total amount of money we have shoveled toward these douches. Recall that Merrill Lynch snuck through $3.6 billion in executive bonuses not so long ago and people yelled about it but maybe not so loudly. The answer, perhaps, lies in the fact that Merrill got the bad news out first. What we are doing to AIG is what shrinks like to call "projecting."

Consider: In November, people were appalled to learn that AIG was spending $125 million on the renewal of sponsorship contracts. And AIG and its army of flacks said dang, contracts are inviolable, a sacred oath! We are powerless to modify or abrogate!

Also note that other companies caught paying out big bonuses or maybe just holding bonfires with government dollars end up just mouthing something contrite and promising never to do it again. They do not launch this weird legalistic argument that only makes sense as long as you believe that the government, as the 80 percent owner of a company, has no power to modify existing contracts with its employees or partners.