Air Force General Was Fired For Being A Drunken Boor, Not Because Obama Was Trying To Nuke South Carolina 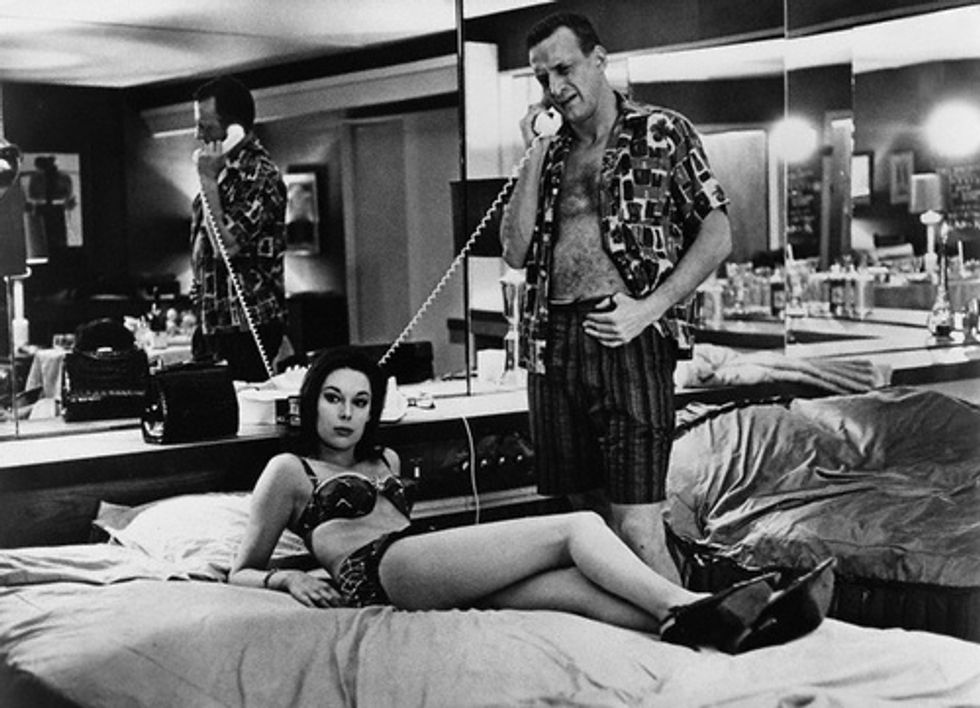 It does the heart good, it does -- knowing that even in this media-saturated, "professionalized" age, there are still manly men who are willing to say "Screw protocol, I'm going on a bender." Men like USAF Major General Michael Carey, the former commander of all the Air Force's land-based nuclear missiles, who was so dedicated to being a drunken party animal that he was stripped of that command -- but not forced out of the service -- back in October. Carey's removal from that command is often cited by wingnuts as evidence that President Obama is "purging" the military for some nefarious purpose -- probably because he stumbled across Obama's plan tonuke South Carolina -- or maybe because he's getting rid of officers unwilling to fire on American civilians.

But sure, "Washington Post," let's go with your far more improbable scenario, which is that Carey was canned because he

repeatedly drank too much and behaved like a boor last summer during an official trip to Moscow, where he insulted his Russian hosts and hung out with two suspicious women he met at a hotel bar

WaPo's story is based on an Air Force investigative report released Thursday; there's nothing to excite the tinfoil hat crowd, since Gen. Carey was more into the lampshade-hat scene.

In the delicate language of military tsk-tsking, the report says that, while on a four-day trip to Moscow, Carey “acted in a manner that exceeded the limits of accepted standards of good conduct” -- his aides and colleagues say the drinking started in Zurich and continued through the next three days in Moscow, with many embarrassing scenes along the way. How embarrassing? Really embarrassing. One person interviewed in the report said that Carey was so drunk that the witness "was concerned that Maj Gen Carey needed assistance standing." During the first night of drinking, in Zurich, the report says that Carey

appeared drunk and, in the public area, talked loudly about the importance of his position as commander of the only operational nuclear force in the world and that he saves the world from war every day.

At one Moscow restaurant, La Cantina, a tipsy Carey

We hope that at least he stopped short of reeling off entire Monty Python routines verbatim, doing all the voices and everything. Man has to have some standards.

But what about those suspicious women? Sadly, it doesn't sound like there was any James Bond style hot spy action:

On his first night in the city, [Carey] and a colleague met two women at the rooftop bar of the Ritz-Carlton hotel. The foursome went out drinking and dancing the next night as well. Carey described them as “hot women.”

The women told Carey and his colleague that they were in the travel business, but were vague about whether they were Russian or British. The report does not allege that anything untoward happened beyond the drinking and dancing, but Carey later acknowledged to investigators that he was suspicious about their overt friendliness toward a visiting U.S. military commander in charge of nuclear secrets.

“It just seemed kind of peculiar that we saw them one night and then saw them again later while we were there," Carey told investigators. “For people who are in business to be kind of conveniently in the same place where we’re at, it seemed odd to me.”

But did that slow Carey down? Not a jot, nor indeed a tittle. Carey later met up with a "female clerk from a hotel cigar store" who sounds like she was straight out of Get Smart:

“A tobacco store lady talking about physics in the wee hours of the morning doesn’t make a whole lot of sense to me,” he said in an interview with Air Force investigators, according to the report. “You need to watch out for that because that’s just like our training says, you know, people are trolling for information.”

This seems like a pretty sexist thing to say -- is he suggesting that women aren't capable of scintillating conversation about beta decay? In any case, it appears that Carey managed to return from his Moscow bender without leaving behind any W87 nuclear warheads as souvenirs, and he did report the contacts he had with the women, as required, though it probably didn't help that his report was full of phrases like "hubba hubba" and "oh you kid."

And so, after embarrassing himself and his country without even getting laid, Carey was removed from command in October. He's been reassigned as "special assistant to the commander of the Air Force’s Space Command," which sounds like the kind of job the military bureaucracy finds for someone who isn't going to be fired, but needs to be parked somewhere until they retire. He should be OK as long as he doesn't try to engage any cigar shop clerks in late-night discussions of re-entry systems.