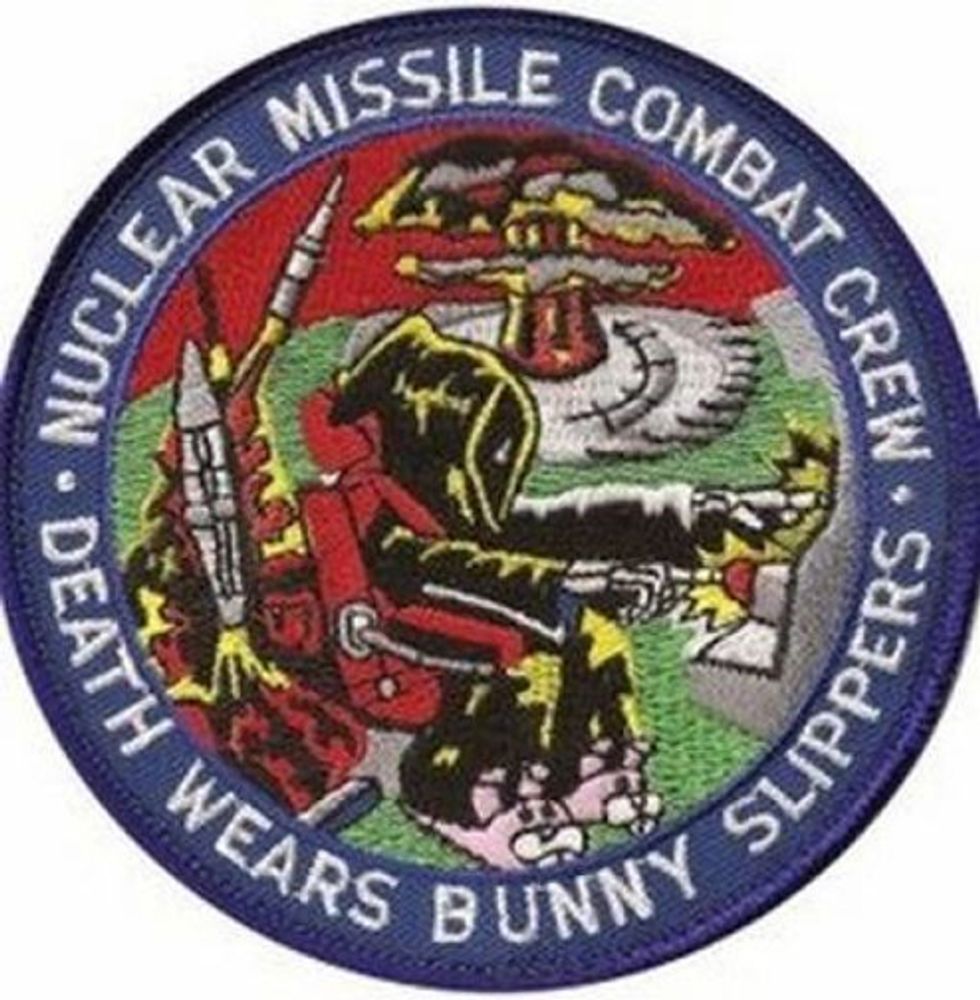 While we generally are in favor of moral degenerates here at Wonkette -- we know our audience, after all -- we would be much happier to think that, if we have to have nuclear missile silos at all (couldn't we just convert them to organic hemp farms?), then the men and women staffing them should be the clean-cut super-disciplined teams of steely-eyed cold warriors that we know and love from all those movies, not a bunch ofdrug-addled fratboys who cheat on tests. Yeah, chuck another stereotype on the fire. Looks like we're now getting a closer look at the "rot" that we heard about last year, when a bunch of officers got shitcanned for their missile crews' shoddy preparedness and training. Turns out the problem was a lot wider than that one base in North Dakota, though:

The Air Force has suspended security clearances for 34 officers and is re-testing the entire force overseeing America's nuclear-armed missiles after uncovering widespread cheating on a key proficiency exam.

The incident was the largest single case of cheating in America's nuclear missile wings in memory, and is the latest embarrassment for a force that faces growing questions over discipline and morale in the post-Cold War era.

Well, sure, there was some cheating and corruption -- and sure, it was discovered as part of an ongoing investigation into drug possession by officers at several different Air Force bases -- but as a wise general once said, "I don't think it's fair to condemn a whole program because of a single slip-up."

The news follows the firing of General Michael Carey, who had been in charge of the Air Force's land-based nuclear missile program, after an embarrassing series of drunken mishaps during a trip to Moscow. Who'll be the missile crews' role model, now that their role model is gone gone?

Air Force Secretary Deborah Lee James said she was "profoundly disappointed" to learn of the cheating at Malmstrom AFB in Montana, and Air Force chief of staff Gen. Mark Welsh said that it could be the biggest scandal in the missile force's history, even bigger than the time they almost let the alien-human hybrids escape from Area 51.

Secretary James will visit all three of the Air Force's nuclear missile bases in the next week, because everyone knows that when the top civilian official in a military branch does a fact-finding mission, facts will be found and things will get better. She also said that she was sure the cheating was confined to the 34 officers who were caught this time:

"I want all of you to know that, based on everything I know today, I have great confidence in the security and the effectiveness of our ICBM force," she said. "And, very importantly, I want you to know that this was a failure of some of our airmen. It was not a failure of the nuclear mission."

See, she knows that George C. Scott line, too. Also, too, the rest of the roughly 600 missile officers will have to retake the proficiency test, and this time they will have to sit in separate parts of the classroom.

Two of the officers in the Malmstrom AFB cheating scandal were also subjects of a drug investigation that has involved 11 officers at six different bases, including one base in England. That probe, announced last week, looked into possession of Ecstasy and synthetic marijuana by officers at several bases, not just missile crews.

Shoot, a fella could have a pretty good weekend in Vegas with all that stuff.