Al Gore And Keith Olbermann Now In Battle Of Snaps, Yo Mama Jokes 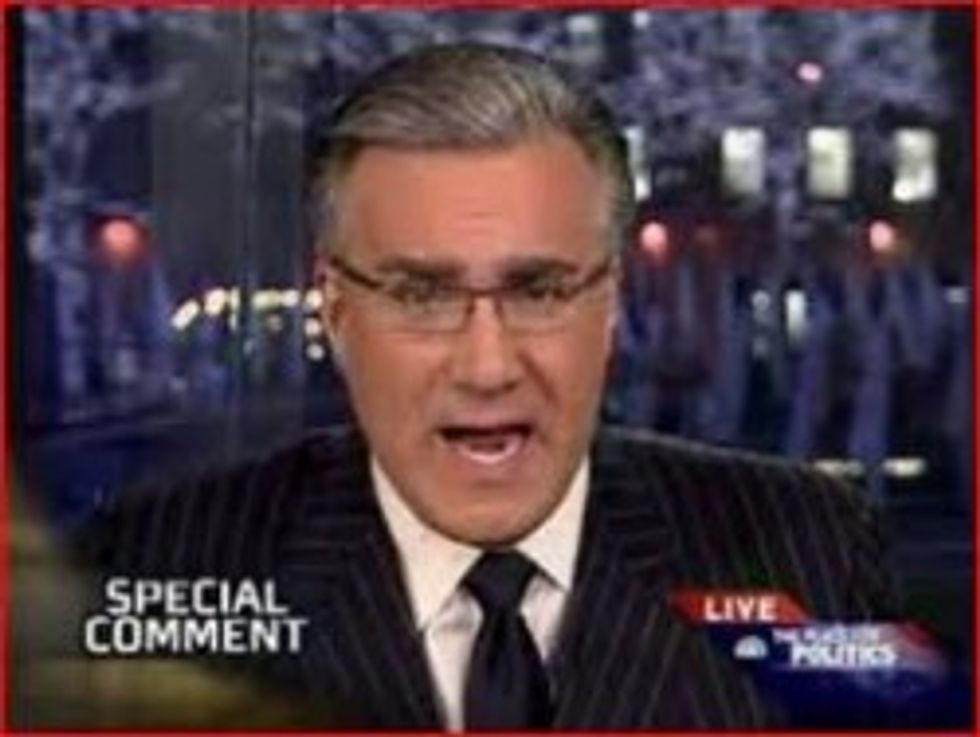 What is this, unfolding before our delighted eyes? It is a SNAP. First Current TV totes fired Keith Olbermann for (ALLEGEDLY) being aglass-chucking work-shirking screamy freakout monster. Then Olbermann went on Letterman, called himself a "$10 million chandelier" (?) and sued Current and its execs for being "dilettantes" and playing make-believe, which are not really actionable offenses? (Your Editrix did not take contract law, so maybe they are! You will now please write three pages, single-spaced, in the comments, on when an individual has standing to sue someone for dilettantism and play-acting.) And now Al Gore has unleashed the BITCHY! Rrrowr!

Current terminated Keith Olbermann last Thursday (announced Friday) for serial, material breaches of his contract, including the failure to show up at work, sabotaging the network and attacking Current and its executives. As the old adage says: "When the law is on your side, you argue the law. When the facts are on your side, you argue the facts. When neither the law nor the facts are on your side, you pound the table.² We will be happy to engage on the law and the facts in the appropriate forum. It is well established that over his professional career Mr. Olbermann has specialized in pounding the table. However, Mr. Olbermann, by filing his false and malicious lawsuit, has now put this matter into a legal process where there will be an objective review of the facts. We hope Mr. Olbermann understands that when it comes to the legal process, he is actually required to show up.

Keith Olbermann will respond any second with "Al Gore's mama is so fat she looks like Al Gore."