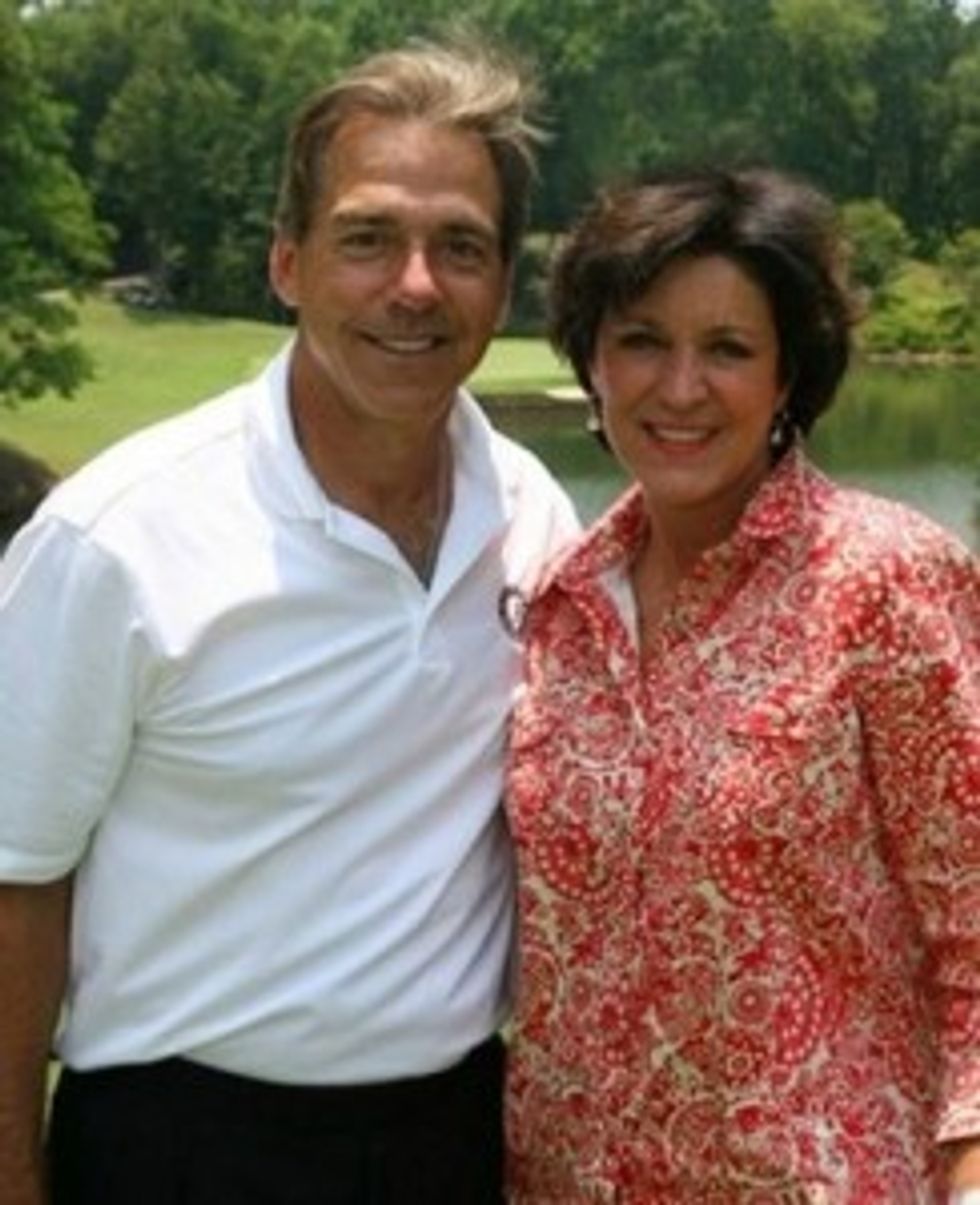 Nick Saban has won a lot of "football," according to Wikipedia, and that is why every Alabama politician lusts after The Nick Saban Endorsement, because it is some sort of football sports analogy for something really great that is sure to bring you victory. Sadly Nick Saban hates politics and never endorses anybody. But that didn't stop Dorothy Davidson -- a Bessemer, Alabama, mayoral candidate -- who went ahead and got Nick Saban's endorsement anyway, using a picture of him and Adobe's "Photoshop." The critics say Dorothy Davidson has no right to pretend that she stood next to Coach Saban and smiled with him as if they were best friends. Well, that's not what we say. We say: Nick Saban is rich, according to Wikipedia, so why is it that every unphotoshopped photograph of Nick Saban shows him just standing around doing nothing with his wife, and not making out in a jacuzzi tub with hott coeds such as Dorothy Davidson? Are you a loser, Nick Saban?

Of course you are. Here is the same photo before Dorothy Davidson made it so sexy!

Anyway: Remember when The Economist found that boring photo of Obama talking to some lady, and then applied the "airbrush" to make it seem as if Barack Obama was hate-fucking the oil spill instead? Everybody likes The Economist version much better.

There's a moral here, somewhere. We'd drill down deep to find it for you but the Democrats won't let us do that, go figure. [Birmingham News via Deadspin]