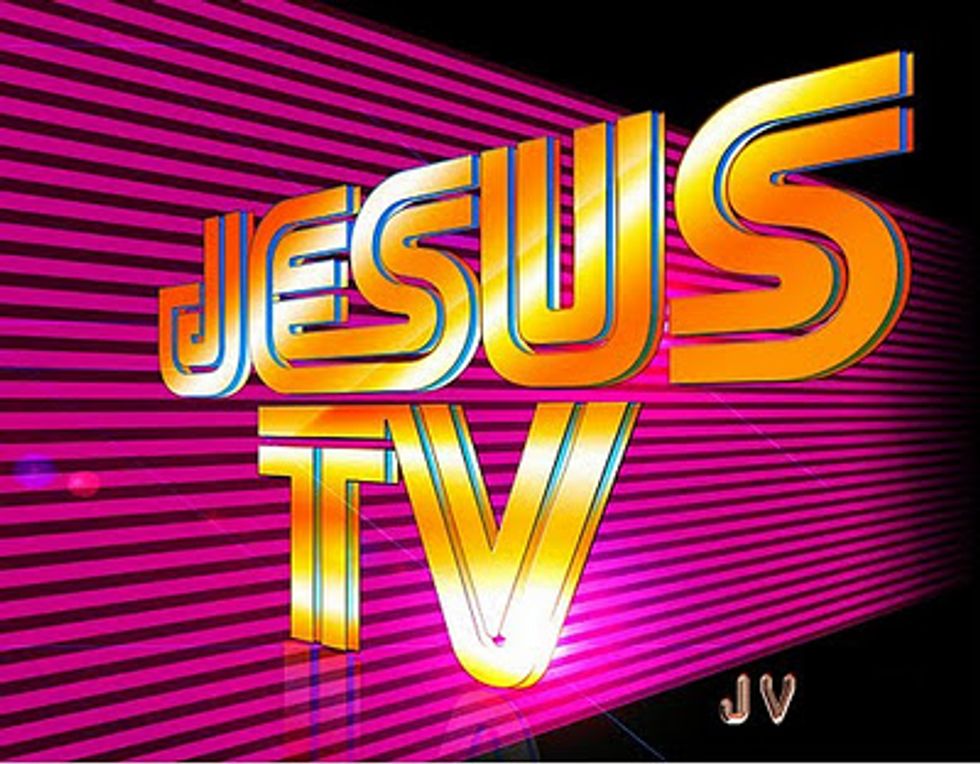 The board that oversees Alabama's Public TV network has fired two top managers who, for some crazy reason, didn't want to go along with board members' innovative programming idea to air a 10-part revisionist history of the US produced by renowned fake historian David Barton. After news of the June 12 firings broke, four members of the Alabama Educational Television Foundation Authority, which raises funds for Public TV in the state, resigned in protest. No word yet on whether the network will now start replacing fundraising tote bags with Praise Pouches.

According to public media blog Current, no specific reason was given by the board for firing Alabama Public TV's director Allan Pizzato and deputy director and chief financial officer Pauline Howard. Pizzato diplomatically cited "irreconcilable difference in opinion of the future direction of the station," but the likely reason is that the two executives objected to the board's desire to air The American Heritage Series, a series produced by Wall Builders, the fundamentalist group that Barton has formed to tell Americans the "real" history of America, in which the Founders were all Christians, the Constitution doesn't separate church and state, and Thomas Jefferson had a total boner for theocracy.

The programming change was pushed by Alabama Educational Television Commissioner Rodney Herring, a chiropractor who was appointed to the AETC in 2011 by Gov. Bob Riley (who is -- surprise! -- a Republican). Mr. Herring is not especially worried about Public TV airing programming that has previously appeared on Trinity Broadcasting Network. "The material is appropriate for public television according to the attorneys we have consulted," Herring told the AP "[But] there will be no change in Alabama Public Television programming ... for at least two or three months." So maybe right before the election, they'll start carrying programming from a group whose website calls Barack Obama "America’s Most Biblically-Hostile U. S. President." How could anyone read any untoward motives into that? Then again, it's Alabama, so maybe that's a centrist perspective.

In response to the firings, the local Democratic Party has called for the resignations of all seven members of the AETC. Clete Wetli, chair of the Madison County Democratic Party, said:

"Republicans and tea party representatives don't get to re-write history to suit their own political agendas. While some of our fore bearers may have been deeply religious people, they fought for religious freedom for all citizens and feared government's intrusion into the religious practice of individuals... There is plenty of room on the TV dial for religious programming, but not on state-supported stations.

Grammar Nazi time: Yeah, yeah, "forebears" is more correcter. But let's not be pedantic. Also, we really like saying "Clete Wetli" over and over. Clete Wetli.

In any case, Alabama Public TV may as well start running Barton's crappy fake history programming, because there's not much left to the network anyway. Current notes, with an almost-audible sigh, that APT's "state appropriation has dropped 50 percent since 2008" and that the network has "shut its state capital bureau, suspended production of its political roundtable, Capitol Journal, and laid off 19 staffers" in addition to other operations and program cutbacks. It's probably just about small enough to drown in a bathtub.