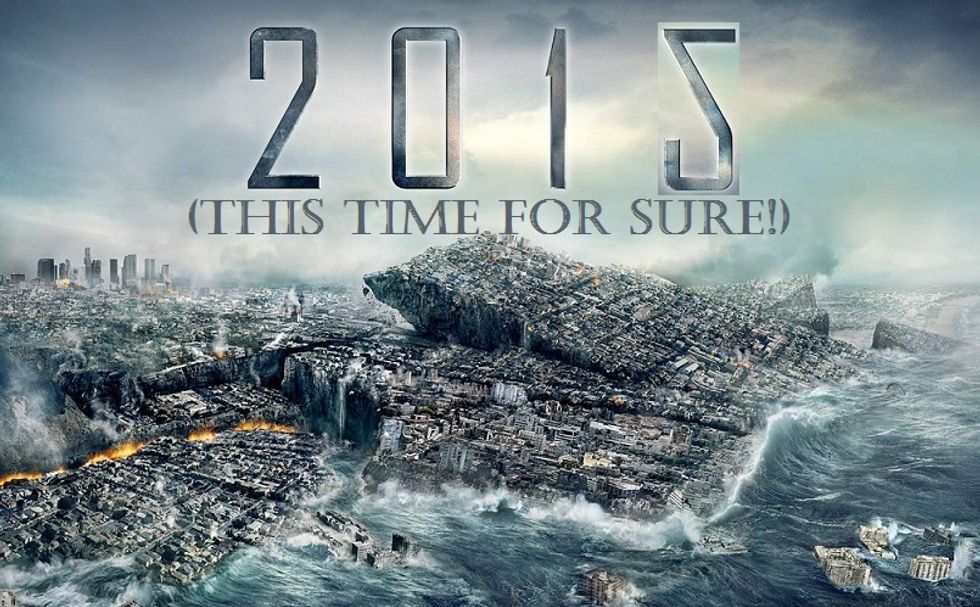 Alabama state GOP Chairman Bill Armistead just wants y'all to know that with the Federal Government cramming gay marriage down Roy Moore's throat and all, the End Times have officially arrived, and we can expect God to destroy the U.S. America and such as any minute now. In a longish message posted to the state party's official website, Armistead advises that he's been to the Land of Israel and seen where Armageddon's gonna happen:

I have just returned from a week in Israel where I visited many holy sites from both the Old and New Testament. I walked where Jesus walked in Galilee, Nazareth, Jerusalem and other sites. I stood where Abraham stood at the gate at the City of Dan, the northern most city of the kingdom of Israel, where he rescued his nephew Lot.

Scripture comes alive more than ever as you come to realize much of what you see of God’s chosen land is what was seen by Jesus and those who lived in Biblical times, like Abraham, Isaac and Jacob. It also solidifies the permanency of the teachings of the Scriptures. God’s word never changes. What He proclaimed thousands of years ago as truth is still truth in the eyes of true believers.

No, we did not accidentally copy-paste anything from a fundamentalist church's newsletter. This guy's just gotten back from the Promised Land -- so apparently that American Family Association trip for the RNC went forward after all, just without Reince Priebus.

Armistead goes on, building to a perfectly reasonable prediction:

So, how is it that God’s truth can be turned on its head as the debate now rages in Alabama regarding the meaning of marriage? The answer is that we, as a society, have become our own god. We have made God in our image. But, God will not be mocked. The State of Alabama and the United States of America will reap God’s wrath if we embrace and condone things that are abhorrent to God, such as redefining marriage as anything other than a union between one man and one woman.

Precisely as God has done when 36 previous states either voted for marriage equality or had it rudely thrust upon them by an out-of-control judiciary. Or maybe it was when Obamacare was passed. Or when Barry Bamz was re-elected. Or one of the other seventy bejillion times God ended the world because of abortion, gays, the removal of mandatory Bible reading, or keeping the Twilight books on the shelves of the school library (that last one does surprise us, since we thought the Almighty had better taste in fiction).

Just to test Armistead's prediction, mister Jeremy Todd Addaway of Blount County, Alabama, surveyed parts of his property to check for signs of the impending Gaypocalypse, posting a "Redneck News" report to his Facebook page:

"This pile of brush is still here, and there are no homosexuals layin' on top of it, doin' homosexual things," Addaway assured us. He was a little concerned about the potential gay-marrying proclivities of a couple of squirrels he'd seen earlier, and promised to keep an eye on them. Otherwise, no signs that Blount County is turning into the Gomorrah of Alabama.

We urge you to check out Mr. Addaway's video. And for that matter, we urge Mr. Addaway to contact us at Kaili at-sign wonkette dot com, if he's interested in freelancing, because we like the cut of his jib and we really could use a Chief Redneck Correspondent.