Alabama Republican: When God Gives You Coal, You Have To Light It On Fire 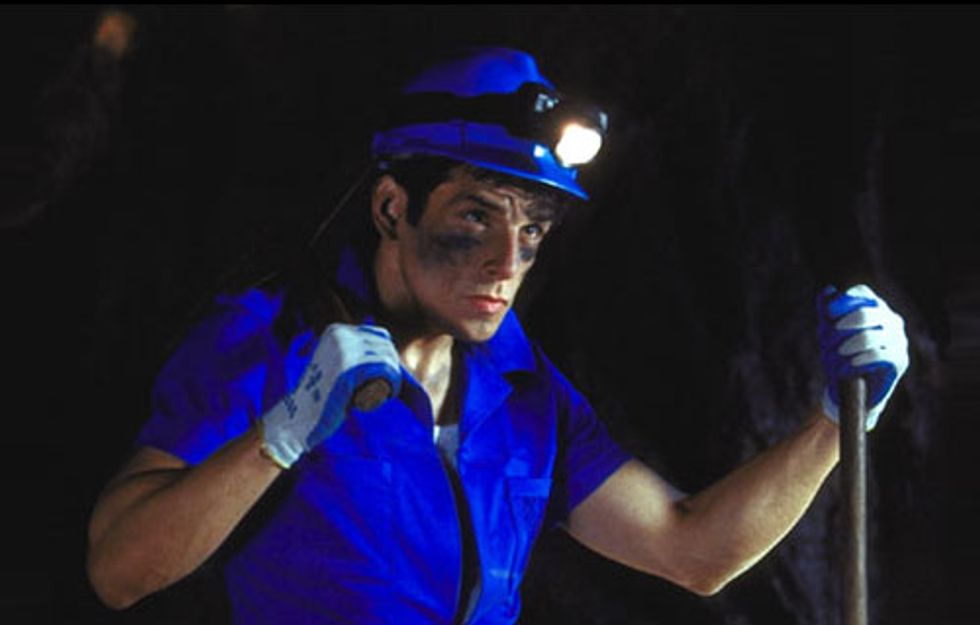 You won't be surprised to learn that here at Wonkette, we generally do not believe in signs and portents from God. God doesn't arrange things so that our favorite team could win the Super Bowl. God for sure isn't making us rich, because fuck we are not rich. This belief system, or lack thereof, brings us into direct conflict with the commissioner-elect of Alabama's Public Service Commission, who is pretty sure that God gave 'Bama coal, and that's why 'Bama has to use it. Birds gotta fly, fish gotta swim, coal's gotta burn.

At their news conference today [PSC President Twinkle Andress] Cavanaugh and PSC commissioner-elect Chip Beeker invoked the name of God in stating their opposition to the EPA proposal. Beeker, a Republican who is running unopposed for a PSC seat, said coal was created in Alabama by God, and the federal government should not enact policy that runs counter to God's plan.

"Who has the right to take what God's given a state?" he said.

We had no idea that God was so well-versed in the vagaries of federalism and understood that He, in His divine wisdom, was giving the state of Alabama the coal, not the filthy federal government. Of course we know that the United States was divinely blessed and created and all that, but we really didn't think God thought so far ahead as to divvy up the natural resources to favored states. Silly us.

What, pray tell, spawned this exegesis on God's divine plan for Alabama coal? Obama, of course.

They called the proposed regulations, which would require Alabama to reduce carbon emissions from coal-fired plants by 27 percent, “an assault on our way of life” by President Barack Obama.

Your way of life is predicated on burning fossil fuels? Strip-mining? Having people get trapped underground? Black lung disease?

Man, God has a fucked-up plan for Alabama, y'all.