Alan Keyes Convinces Some Hobo Party To Nominate Him 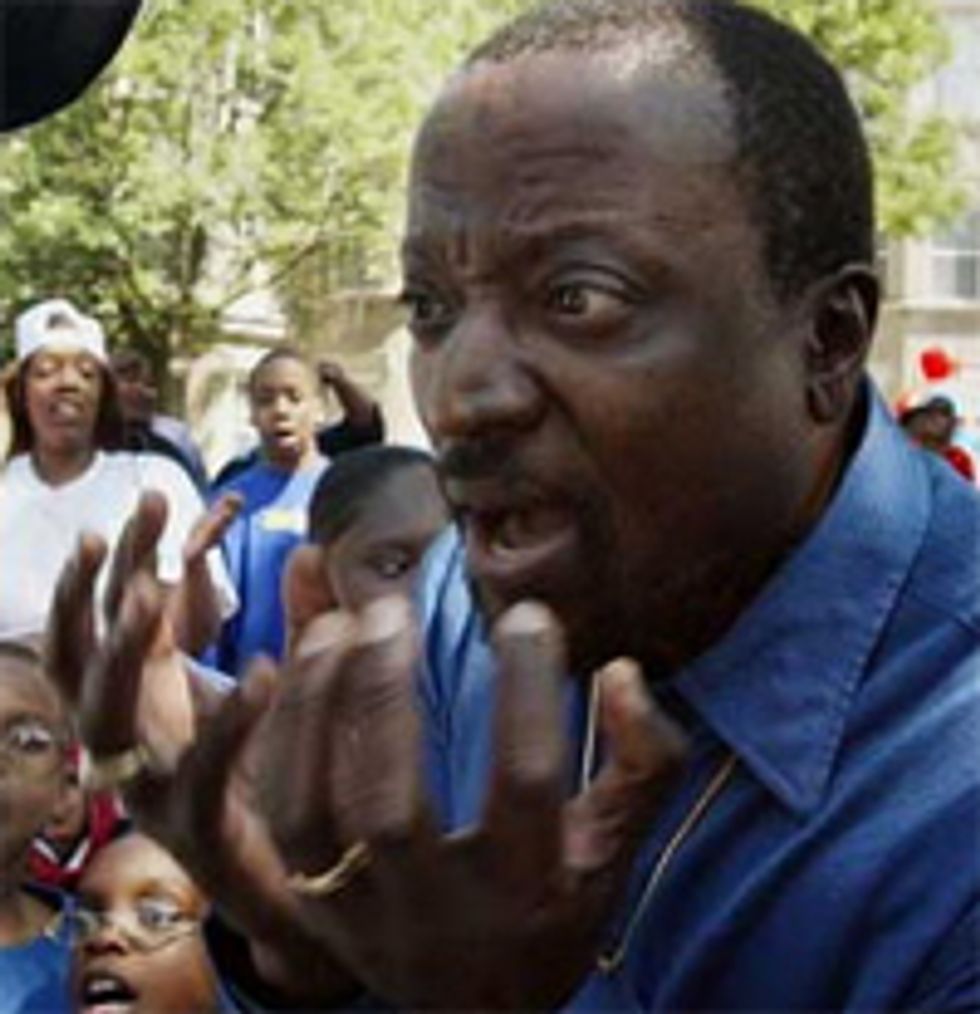 Alan Keyes' political career has been a constant series of embarrassing failures, so pathetic that even Keyes recently referred to himselfas this: "I kind of represent, in political terms, the abortion." In recent years, his unmitigated disasters include losing to Barry Obama in the 2004 Illinois Senate race by ~250%, sneaking into a Republican debate in Iowa late last year only to complain to the moderator for 63 seconds about not getting 60 seconds of speaking time, and losing the Constitution Party's nomination a few months ago to some schmo named Chuck Baldwin, a known Paultard. Today, however, we received a press release telling us the glamorous news: "American Independent Party of California Nominates Alan Keyes for President." Even though he finally won a nomination for something, this surely stands as his most spectacular failure yet.

"This nomination is the culmination of a long process. Our party began 40 years ago with an emphasis on State’s Rights, an important aspect of the Tenth Amendment. Alan Keyes is an emphatic supporter of the Tenth Amendment in its broader application as a right to a Federal Government limited to its Constitutionally granted powers. Our affiliation with America’s Independent Party (of Fenton MI) makes California the vanguard of a new national party that will replace the Republicans just as the Republicans replaced the Whigs."

We look forward to the day. Knowing Keyes' record, however, we're still not entirely convinced that his nomination is a done deal. This Markham character will probably find a dead rabbit on the side of Florida Avenue this afternoon and immediately give it the nomination.