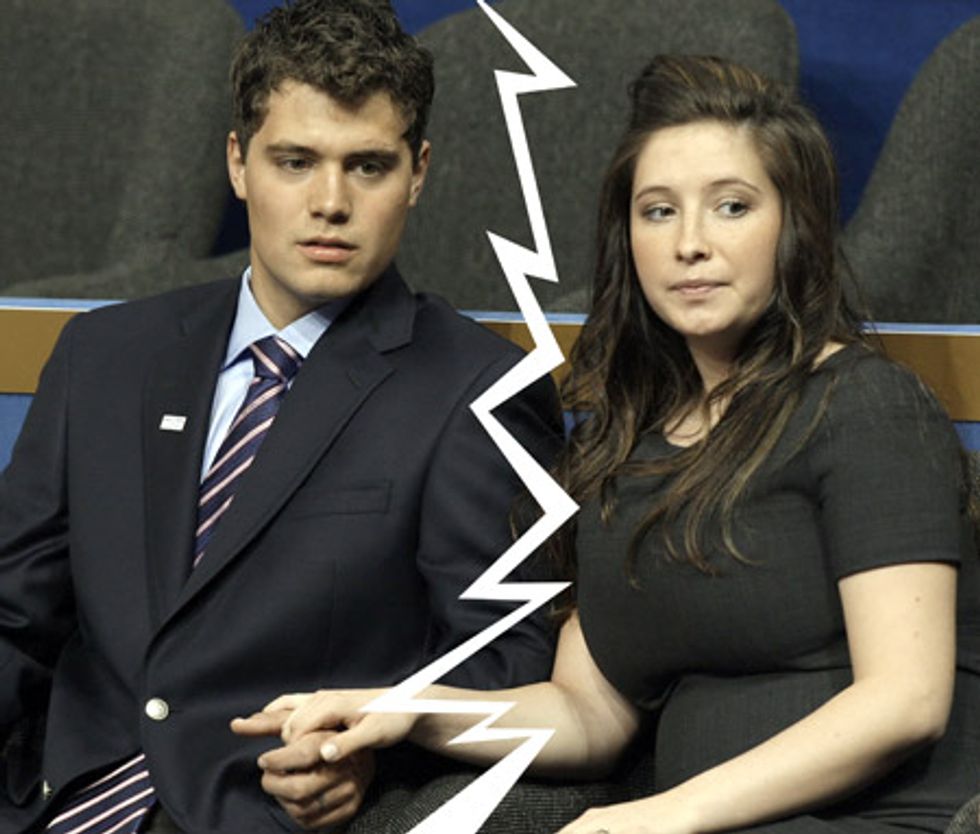 On Sunday, District Court Judge Timothy M. Burgess found Alaska's ban on gay marriage unconstitutional (because it is, duh), and wrote that Alaska must all-caps bold "IMMEDIATELY" stop enforcing its ban, which is unconstitutional. This will probably make Bristol Palin, self-appointed official spokesidiot for the sanctity of traditional marriage, very sad. But maybe President Obama can explain it to her.

For the rest of us who understand that ending discrimination is actually a good thing, here are some of the highlights from the judge's opinion:

The Plaintiffs in this case do not ask the Court to recognize an entirely new fundamental right to same-sex marriage; rather, Plaintiffs wish to participate in the existing liberty granted to other couples to make a deeply personal choice about a private family matter. [...]

The Court has been called upon to use reasoned judgment to interpret the right to choose whom to marry and the breadth of that right under substantive due process. It is in consideration of this duty that the Court finds that marriage between individuals of the same sex is encompassed by our nation’s longstanding fundamental right to marry.

You might even say the court is upholding traditional marriage, in that marriage is a longstanding right, so really, it's the schmucks who want to say it isn't who are trying to rewrite the laws. BOOM.

Even if we accept the Defendants’ contention that Alaska’s same-sex marriage laws were not intended to discriminate against or harm same-sex couples, but rather to “retain the traditional definition of marriage,” the fact is that the laws do discriminate.

Yeah, no one is really buying that "we're not trying to discriminate" nonsense anymore. Everyone knows that's exactly what the laws were intended to do. And judges aren't going to stand for it anymore. The jig is up, bigots.

Just as in Latta, the Defendants have provided the Court with little more than uncorroborated suggestions about the impact of same-sex marriage. Without persuasive factual findings to evaluate, the Court finds that there is inadequate support for the contention that banning same-sex marriages has any rational relationship to the preservation of traditional marriages.

The Latta decision, which seems like ancient news already, was the 9th Circuit's ruling last week that Nevada and Idaho can totally get their gay on. Supreme Court Justice Anthony Kennedy said, "No, wait, hang on," then said, "Ok, Nevada, you can go ahead," then said, "Yeah, you too, Idaho." All in the span of a few days.

Any state interests identified by Defendants are insufficient for Alaska’s same-sex marriage laws to pass constitutional muster under due process or equal protection. […]

With this ruling, the Court hereby DECLARES that Alaska’s same-sex marriage laws are unconstitutional for violating the Due Process and Equal Protection Clauses of the Fourteenth Amendment to the United States Constitution.

And that's that. Congratulations, Alaska.

Oh, P.S. There is also this great footnote, which kind of says it all:

When oral argument began, a stay by the Supreme Court was in place as to part of the Latta decision; by the end of oral argument, that stay had been lifted.

It is literally -- for real literally, not the Joe Biden kind -- impossible to keep up with the rate at which marriage equality is sweeping the nation. Which is awesome.