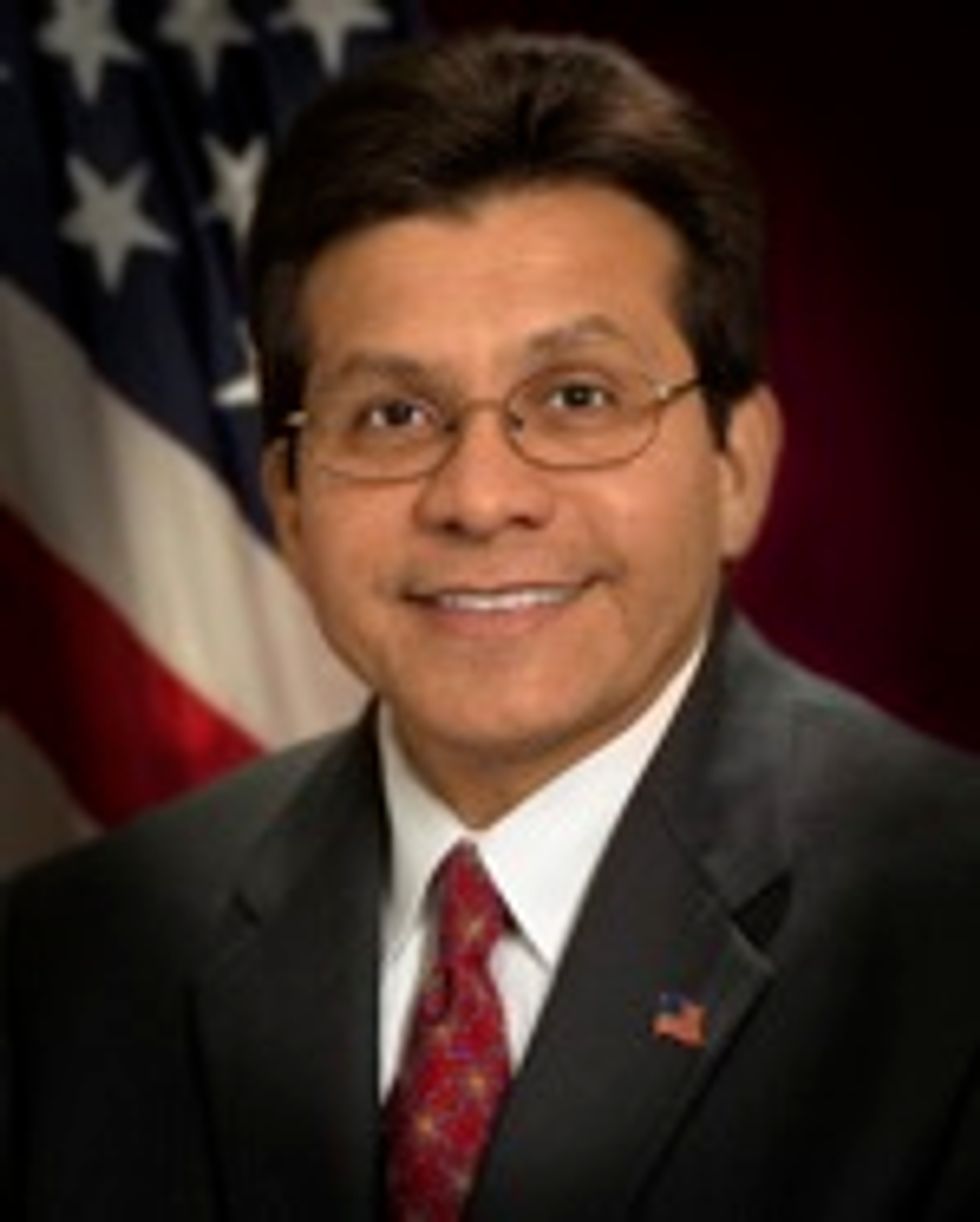 During his tenure in office, George Bush created more than a housing bubble: he also fostered an "employment bubble" for high-functioning idiots, who were awarded fancy jobs in his administration and have since departed in shame and ignominy. Exhibit A: the hapless cretin, unemployed loser, and only Bush administration toady not to get a zillion dollars for his tell-all autobiography, Alberto Gonzales.

In a SHOCKING INTERVIEW, Gonzales revealed that he is, in fact, capable of human emotions such as remorse and pity, so long as they're for himself.

During a lunch meeting two blocks from the White House, where he served under his longtime friend, President George W. Bush, Mr. Gonzales said that "for some reason, I am portrayed as the one who is evil in formulating policies that people disagree with. I consider myself a casualty, one of the many casualties of the war on terror."

Truly, no mortal has suffered more than Al Gonzales, the human bag of dicks. He had to testify, before Congress, and they were so mean to him. Then he had to resign from his office and he didn't get even get a Medal of Freedom like all the other criminals. And now he is writing a book about his life as Handjobber in Chief, a book that absolutely zero people will ever read.

Alberto Gonzales ... said he is writing a book to set the record straight about his controversial tenure as a senior official in the Bush administration. [...] Mr. Gonzales, 53 years old, doesn't have a publisher for his book. He said he is writing it if only "for my sons, so at least they know the story."

Too bad there aren't any sexy parts, except for the bit where he and Andy Card went to the hospital to rape John Ashcroft while he was under sedation, wearing a paper dress. Nobody wants to read that, except Lynne Cheney.