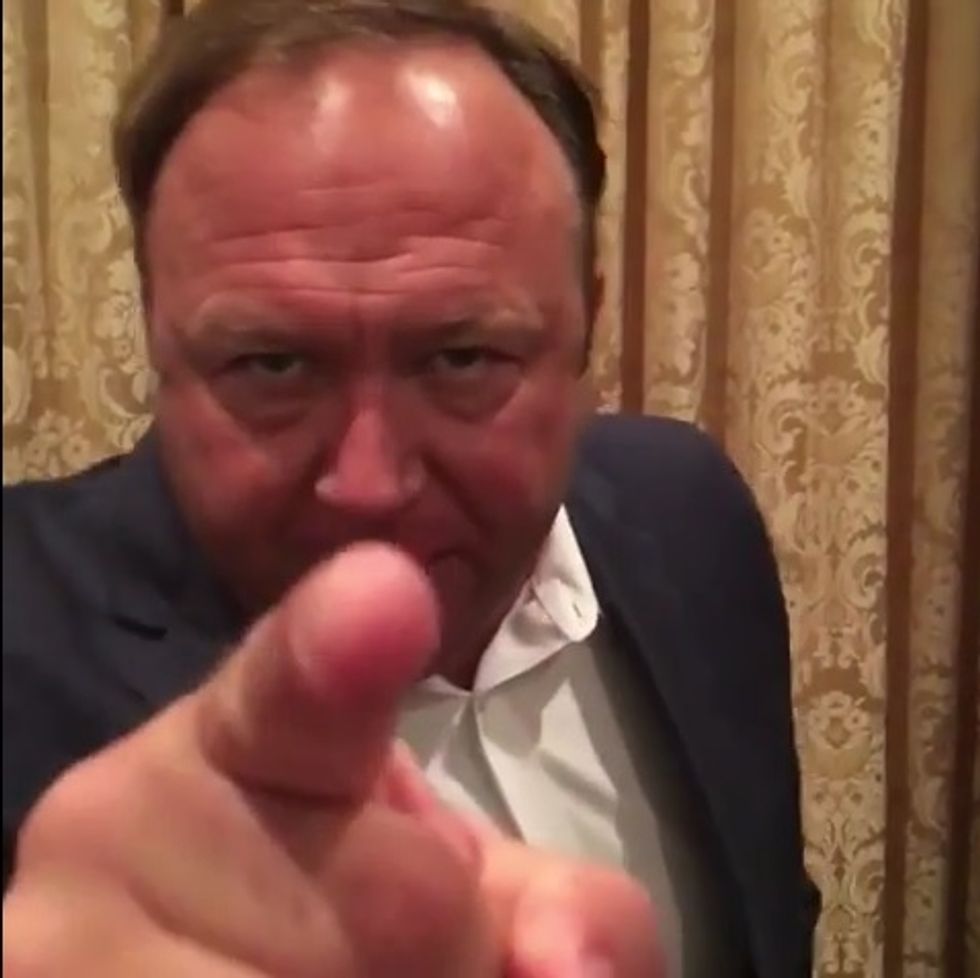 Dirty foreign Barack Obama told a lie again, and it is that "Russia hacked the Hillary Clinton campaign's emails." Nope nunca nyet! Because according to Alex Jones, who is not crazy, it was not Russia who hacked Clinton campaign chair John Podesta's emails (nor, we guess, the DNC, the DCCC and several state voting sites); rather it was heroes from the US intelligence community who know Hillary Clinton is a real bad man, and took it upon themselves to save the nation!

James Comey Wouldn't Want To Hurt Russia's Feelings This Close To An Election! No, For Real

Looks like Comey only has 'standards' when it helps out Russia and Donald Trump.

By leaking emails of the head of the Center for American Progress, Neera Tanden, occasionally calling people an idiot. Hey, if EXPOSING Neera Tanden being snide doesn't save the country from Crooked Hillary, NOTHING WILL!

The Clinton campaign has repeatedly insinuated that Russian agents were responsible for the release of the emails, but the reality is far different.

You know who else "repeatedly insinuated" Russian agents were responsible for the release of the emails? The United States government, which didn't so much "insinuate" it, but announced it full stop. But do go on!

The hackers were concerned individuals who were alarmed at Hillary Clinton’s rampant corruption and mishandling of classified material as far back as 2009, when officials with the National Archives and Records Administration (NARA) became aware of violations of record keeping procedures at the Department of State under Secretary Clinton.

Concerned individuals! Alarmed at her rampant corruption and "violations of record keeping procedures"!

William Binney, NSA whistleblower and former technical head of the NSA, also told Infowars back in August that the email leaks which have negatively impacted the Democratic Party were carried out by individuals within the U.S. intelligence community who were angry at Hillary exposing classified information and sought to take revenge.

Oh, concern, but also revenge! Sounding more like it ...

Former Deputy Assistant Secretary of State Steve Pieczenik also claimed that elements within the U.S. government, including the FBI and the CIA, have “initiated a counter-coup through Julian Assange and Wikileaks in order to stop Hillary Clinton becoming president of the United States.

Pieczenik asserted that Assange had released “emails that we gave to him in order to undermine Hillary and Bill Clinton.”

Hey, a first-person source admitting to ... hmmm, not a lawyer, but surely some number of crimes!

And that is the end of the Infowars article.

So what have we learned today, class?

The United States intelligence community are a bunch of goddamn heroes for being "concerned individuals" and doing "revenge" and also a "counter-coup" to keep a woman from being democratically elected in our nation, and also they are completely fucking inept at it, unless their number one goal was "get Donna Brazile fired from CNN."

That last part is making me think it might even be true.