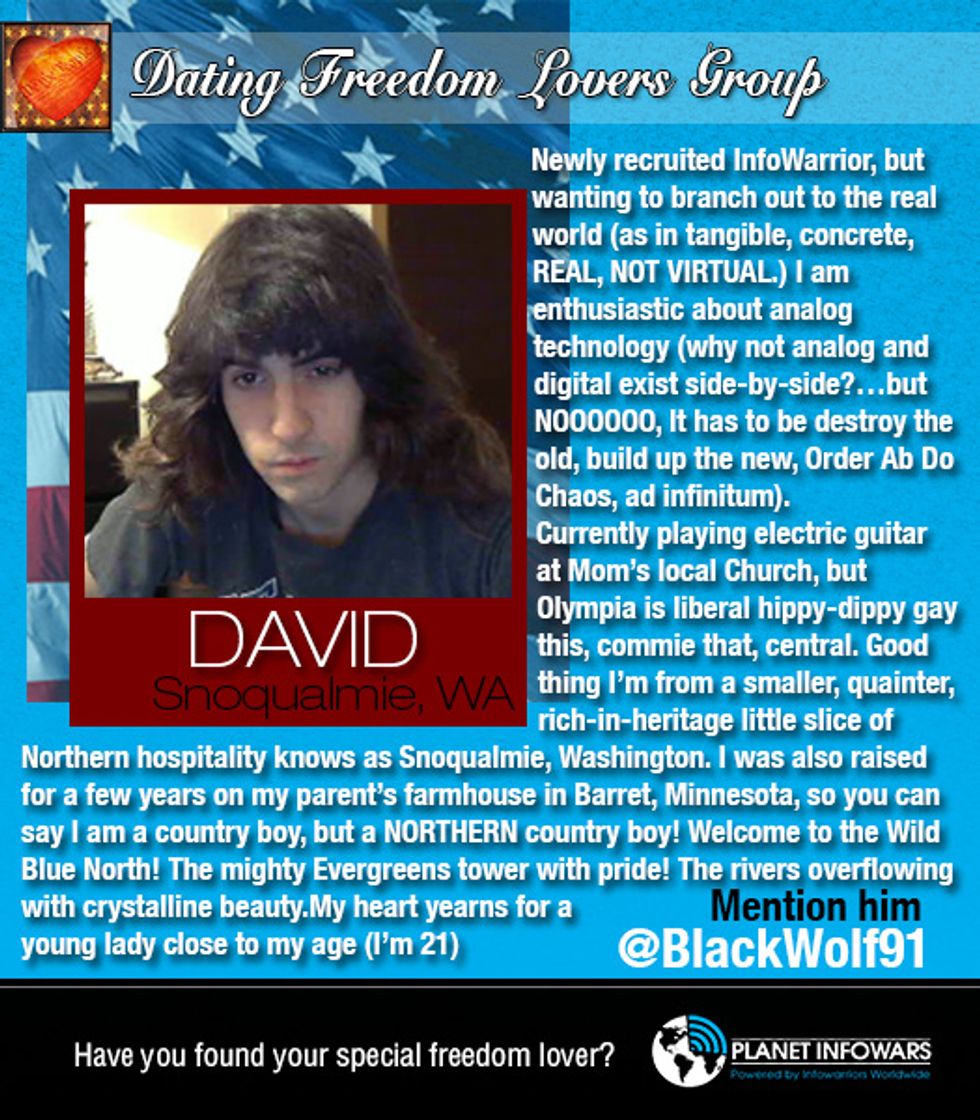 Are you lonely tonight? Do you feel like no one else understands your raging paranoia about FEMA camps and government bullet hoarding and the False Flag Boston Bombings what was done by the CIA or whatever? Well Alex Jones is here to help you find love, and we are here to help you look through the new Infowars dating site for that special someone, before you decide fuck it and just love the one you're with. (Your hand.)

Daphne is a nice young lady who enjoys enrolling herself in re-education camps.

Marcel's interests include guns, firearms, weapons, and ammunition, in addition to aiming, shooting, waving and packing.

Harry is trying to find the one woman in the world who does not like football. And also does not have her head up her ass. So that is two impossible things.

Patrick sounds sort of sweet and is abstinent and we are not even going to make fun of him about it.

Also there are lots of black people on the site too, so that is nice that the crazy is integrated. We didn't put them up here because mostly they just talk about loving Jesus and stuff instead of false flag nonsense, so that's cool.